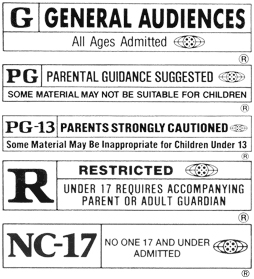 I had the privilege to play a rollicking game of Pony Express a few weeks ago. It’s a silly, light-hearted game where the players are Pony Express riders/cowboys trying to be the first to deliver a message. It’s a highly chaotic and random game that combines dice rolling, bluffing, poker hands, and even dexterity elements in an attempt to evoke the Wild West.

As a game, it’s not bad. It wasn’t my gaming group’s cup of tea because of the limited control players have and some of the crazier aspects of the game. But there was something else that detracted from the experience as well.

I honestly believe the creators of the game meant it all to be taken as a joke.

Here’s the thing: the box looks silly. The art is brightly colored, the cowboys are all goofy caricatures, and it looks like something out of a Hanna Barbara cartoon. It looks like the kind of game you might buy for your kids. If I had done that, I would have been a little non-plussed.

Not everyone is as sensitive about Native American issues as I am, and I’m not going to get into that here. What I want to talk about is the desire I have, as a parent, to know about the subject matter of a game before I buy it. Yes, there are “age” recommendations, but those are set by the publisher according to the skills required to play the game. Does it require reading? Counting? Math? Then say “10 and up,” for example. But those recommendations don’t consider the subject matter of the games. That’s what’s missing. Preferably by simply looking at the box, hopefully seeing a small logo on the box cover that quickly and efficiently calls out the game’s questionable content.

A “rating system,” if you will.

I want to be clear that I’m not advocating censorship or government-mandated restrictions. I just want information; standardized, compacted, concise, and easy to find on a box cover.

Is the board game industry ready for that? Probably not. Would there be a push-back? Yes. Am I the only one who thinks it’d be useful? Probably.

But I still want it. Being a parent is hard work; this would just make things a little easier.

4 Responses to Rate This