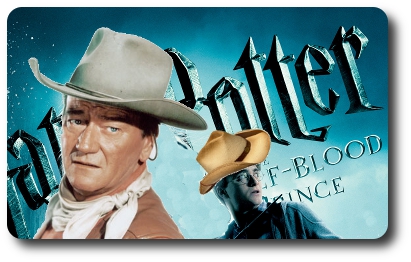 According to some experts, the perception of right and wrong begins around age 5. That also happens to be the same age I started school, experienced more independent social interaction, and self-discipline was expected of me. The year was 1969 and John Wayne was starring in True Grit, a role he would later win the Academy Award for Best Actor. John Wayne, or at least his characters, became the men I wanted to be: quiet, strong, rugged, and with a high moral purpose. Rooster Cogburn and Big Jake were my heroes.

I also saw The Magnificent Seven and The Sons of Katie Elder, which were as much about redemption as they were about good versus evil. Added to this were TV shows, like Bonanza, Gunsmoke, and The Big Valley. This was also a time when western literature was at its peak. Authors like Zane Grey (who actually wrote a little earlier) and Louis L’Amour were very popular and are still eagerly read to this very day. These TV shows, movies, and literature influenced me in 1969, reinforcing the lessons my parents were teaching me. One such lesson: “we make a stand for what is right and just“.

My little geek (who is now taller than me!) turned 5 in 2002. That year, Peter Jackson’s Fellowship of the Rings had the most nominations of any film at the Academy Awards (13, in total). Star Wars II: Attack of the Clones (which falls into the cross-over genre, “science fantasy”) was also in the theatres to the delight of every child in the world. Not so much to many older geeks.

In 2002, Witchblade, really a modern fantasy, was debuting on TV. The Sci-Fi Channel (now known as SyFy) was soon to produce Earthsea. In children’s fantasy literature, Brian Jaques was in the height of his Redwall series, Eoin Colfer had just started the Artemis Fowl series, Christopher Paolini’s Eregon was a few months away, and it goes without saying that Harry Potter was the best known schoolboy of the year.

I loved westerns as a kid. As I became a teenager, I moved into fantasy fiction more and more. Some of it was pulp fiction, following the adventures of Conan, Fafhrd and Grey Mouser, or John Carter (older science fantasy) and eventually moving on to Tolkien’s work, the Shannara novels, and other high fantasy novels. My son has been a fantasy geek since his early years, no doubt in part due to the influence of Mom and Dad. Rather than Rooster Cogburn and Big Jake, his heroes are Aragorn, Gimli, Professor Dumbledoor, and Percy Jackson. I played “cowboys and Indians” as a kid; my son played “elves versus orcs”.

Many parents (and in my circles, grandparents) wonder if all of this fantasy stuff is really good for kids. I will state emphatically that it is. Just as I learned from westerns a thing or two about honor and fighting for your beliefs against seemingly insurmountable odds, my son has learned the same from fantasy. In fact, often the moral contrasts are even clearer. For example, we know that Ike Clanton was a notorious bad guy, but Sauron really is evil incarnate. “He-Who-Shall-Not-Be-Named” might be a darker character than in any western, but there is no question who the bad guy is or what he represents. 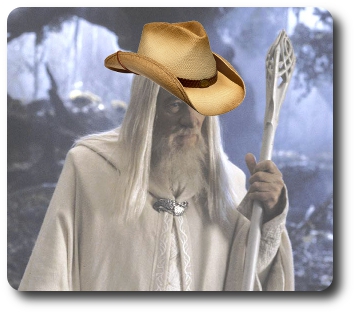 A word of caution. Just because it is “fantasy based” does not mean it is appropriate for children by default. George R. R. Martin’s fantasy books, for example, are certainly not for little geeks. TV programs, particularly some of the popular vampire shows that really don’t classify as horror, often are more sexually oriented than many children are ready to see. Yet, westerns like A Fistful of Dollars and Unforgiven aren’t exactly the most “kid friendly” either. Know what your kids are watching or reading before they do and everyone will be better for it. We are still parents and they are still kids – our roles and responsibilities haven’t changed regardless of the story’s genre or medium.

Fantasy is the new western. The guys in the black hats have been replaced by the army with black clouds overhead. The attempt to steal the stagecoach full of Confederate gold has been replaced by a plot to take over the  world. Regardless of the conflict or challenge, it still takes the same kind of hero, often times armed with little more than a simple weapon, wit, and a strong sense of purpose to save the day. We have used fantasy stories to reinforce values taught to our little geek, just as my parents did with me using westerns. Harry Potter, meet George Washington Mclintock.

And if anyone is looking for a list of suggestions, just ask the kids! There are amazing stories and television shows for kids that adults would also enjoy, especially if they take the time to enjoy them with their children.