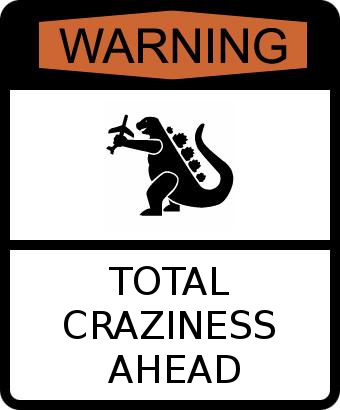 Here’s the short version of a story that took over a year to complete.

When I found out that my family would be spending 2 weeks in the Olympic National Forest, I looked up the flora and fauna in the area and came across two interesting facts. The fist was that cougars were known to have attacked parties hiking on well maintained trails and sometimes running off with young children. Yikes. The second and much less horrific fact was the forest was home to the banana slug.

I quickly forgot about the cougar threat and delved deeper into the banana slug information available via the interweb. I found the slug to be both a fascinating and repulsive creature, which I then shared with my three little geeks. When they asked if they could see a video of  it (because pictures are not enough), I did a quick search on YouTube and was offered  a number of videos that showcased the banana slug in all of its slimy glory. There were also a number of videos with people licking them.

Once more for emphasis: licking the slug.

My little geeks were highly pleased and grossed out, but I was more interested in why these individuals were looking for and then licking the backsides of the slime-coated slugs. Turns out the slug’s slime contains a mild neurotoxin that will cause an individual’s tongue to go completely numb for a short time. In essence, it had the same effect as novocaine used commonly by dentists. Licking the slug appeared to be more about the “experience” of doing so rather than anything else. No harmful side effects whatsoever other than being completely ostracized by family and friends.

I was intrigued, and after thinking about it longer than I reasonably should have, I decided to do it. Why? Two reasons. First, I wanted to demonstrate to my children how animals, insects, and plants have evolved to protect themselves. Second, I didn’t know anyone who licked a slug before and thought I’d like to be the first. Such life experiences make for interesting dinner conversations later in life.

When I told my children and my wife at supper time about my newest life goal, the house became very quiet. There was a brief moment where it was obvious that my family was trying to internalize the gravity of the statement I just made. Another heartbeat later and my little geeks were shouting with excitement and my wife rested her head in the palms of her hands. I like to think that she was overcome with emotions of pride and love for her handsome and terribly brave husband.

Our trip wasn’t for another year and my announcement at the kitchen table over tater tot hotdish was soon forgotten. Or, at least I thought it was. A year later, as we walked the trails in the Olympic National Forest, we came across a little village of banana slugs. There were five in total resting on a rotting log. “Cool!”, I said and showed the kids. That’s when my 8-year-old shouted, “Dad! You said you would lick it!” Then all my children started chanting “Lick It! Lick It! Lick It!”. My wife made a face.

CRRRAAAAAAAAAPPPP! My hands were tied and I’d be damned if I was going to let my three children and wife see me back down now! I’M A MAN, BY GOD!

As parents, we sacrifice a lot for our children. We make fools of ourselves, set our own dreams aside, and focus fully on the well-being of our kids. I happily do this every day. It just so happens that this summer I did something that made everyone around me wince and gag, but my 3 children thought I was the coolest person in the world. 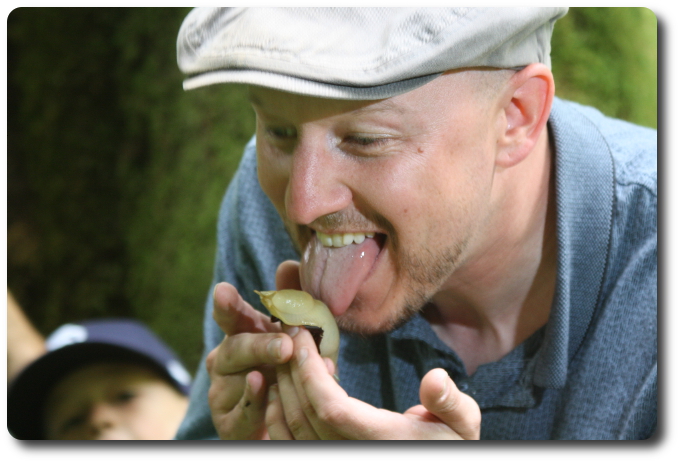 On a side note, yes, my whole tongue became very numb and my mouth felt like it was covered in slime for the rest of the day. It was horrible. Would I do it again for my 3 children? Without hesitation. But to be honest, I did it for myself, too. Like I said, I didn’t know anyone who licked a slug before, but now you do. It was an amusing experience and one my family will be talking about for years to come.

I have mixed feelings about that…

2 Responses to Dads Do Crazy Things