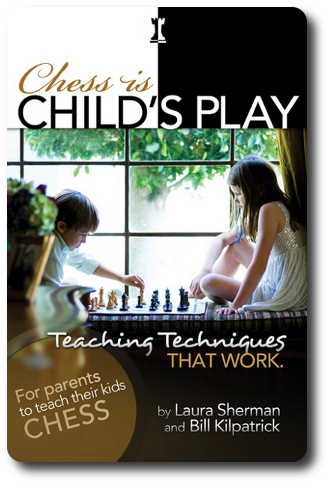 Chess is considered by many to be one of the most sophisticated and highly strategic games available today. If its popularity around the world is any indication that this is true, Chess would certainly seem to be worth every Gamer Geek’s time to look into. But Chess is also considered to be too complicated and exceedingly archaic. Some even think it’s boring. Moving little wooden game pieces across a checkered game board full of alternating colored squares is not the most appealing idea to many. This is especially true in today’s age where sound and images are used to capture the imagination through video games and movies. Minimalist abstract games have a very hard time competing against the Technicolor vibrance that is our world. Is it possible that Chess no longer holds any relevant value for today’s culture or is there something yet to be gained by learning the simple rules of the game and spending the time to fully explore it?

If you believe the answer is “yes”, then I just might have a book you would be interested in.

Learning to Teach, Teaching to Learn

Chess is Child’s Play: Teaching Techniques that Work, written by Laura Sherman and Bill Kilpatrick and published by Mongoose Press, is 302 pages dedicated to helping parents teach Chess to their children. Unlike other Chess instructional publications, this title is useful for both parents who are and who are not familiar with the game. In many respects, I would suggest that a parent who knows nothing about Chess could use this book to both instruct their children and themselves on the game’s rules and play. But perhaps the most interesting aspect of the book is the way that the chapters are structured and the practical exercises in the form of mini-games that are found at the end of each. Instead of jumping right into the rules at a high level and working down to specific game pieces, the book focuses on one game piece at a time. At the end of each chapter, the mini-games use the game pieces introduced to further reinforces the lesson. By the time the reader, teacher, or student is done with the entire book, they have a working understanding of each game piece and can play the game.

The Gamification of Teaching a Game

The book is organized into 26 chapters. The first 3 serve as an introduction to the game, what readers should expect from the book, and helpful tips on teaching. Scattered among the pages of each chapter are small asides referred to as “Coffee Talk” and “Coach’s Corner”, as well as troubleshooting tips that provide extra teaching techniques and personal stories. The fourth chapter, which also serves as a basic introduction to the game components, is dedicated to the 2 to 4-year-old Child Geeks. While the entire chapter serves as an introductory primer, its principal focus is on the very young.

From there, the book begins to introduce each of the game pieces. The mini-games at the end of the chapters are exceedingly simple, but for any player not familiar with Chess, they allow an individual to jump into the game and start having fun. This was a brilliant stroke on the authors’ part. By using gamification to help the student develop a working knowledge of Chess, the mini-games feed the player’s mind and imagination in small portions that never feel overwhelming. In fact, the mini-games feel like a natural extension of the lesson which allows for an easy transition from practical knowledge to actionable game play.

As the book continues, the practicum becomes more indepth but does not become more complicated as a result. The first full game is introduced, castling, the values of game pieces, and the ever popular methods of attacking and defending. Of course, no Chess book would be complete if it didn’t contain information on check and checkmate, including tips on how to get out of or obtaining each. This book dedicates two chapters on the subject, which is far from comprehensive, but sufficiently satisfactory for a beginner.

While I am most pleased with the book in general, I felt it ended too abruptly. I find it somewhat ironic that the final chapter discusses a game’s stalemate and draw condition. Indeed, I was left wondering if the book and I had come to an impasse in regards to what I should do next. While the book does a good job of introducing the fundamentals, its sudden departure from the reader leaves one feeling strangely abandoned. I think the book would have better served the reader with a final chapter that provided tips on how to continue to improve and more mini-games to play. At the very least, a short list of additional resources would have been a welcomed ending. For example, web links to sites dedicated to teaching Chess to children and educational resources for teachers.

Chess is Child’s Play: Teaching Techniques that Work is one of the better books about Chess I have come across that focuses on children. The For Dummies series of books tend to do much of what is being provided in this book, but this title handles the reader with a much kinder and gentler glove. This is important to note because the entire reason for the book’s existence is to help teach a very complicated game to young developing minds. Learning anything new can be challenging and stressful, which Chess is by design. This book tempers the game’s complexity with simplicity. I am reminded of the quotation by Creighton Abrams when he said, “When eating an elephant take one bite at a time.” That is exactly what this book is all about and does well. The game is introduced in small portions and time is allowed for the student to digest it before a new bite is offered.

For some Gamer Geeks, this book will be of little value. Either because they have no interest in Chess or they will teach the game to their Child Geeks in a way that personally suits them. For everyone else, including teachers, non-gamer Parent Geeks, and even people who simply want to learn how to play the game on their own, Chess is Child’s Play: Teaching Techniques that Work will be an enjoyable and useful read. At the very least, it’s a useful resource to quickly familiarize oneself with the game’s rules. My copy now holds a place of honor among my children’s book collection, accessible and ready to teach the next Gamer Geek generation the classic game of Kings. 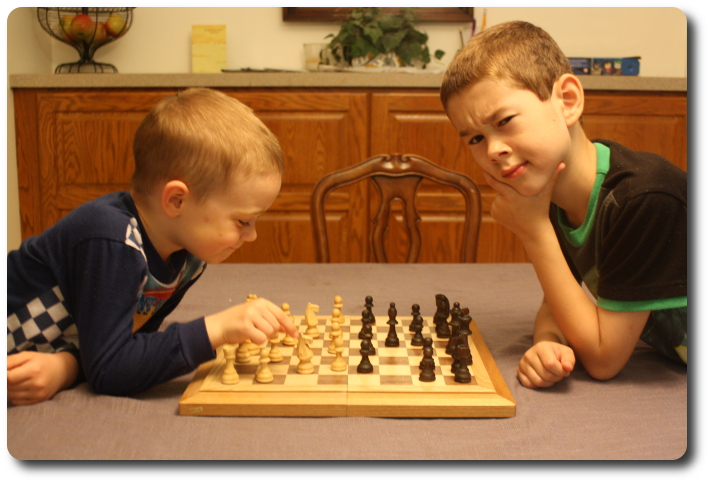 One Response to “Chess is Child’s Play” Book Review