In the Company of Teen Werewolves 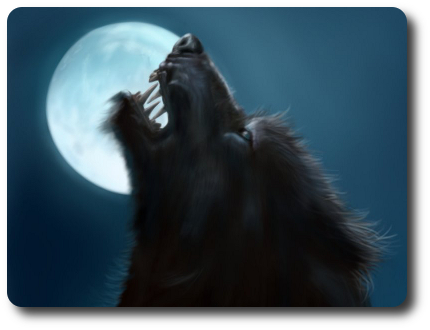 “You brought 6 games? Do you really think these kids want to play board games?”

These were the questions I heard from my son’s 8th grade Social Studies teacher on our way from Dayton to D.C. last month. I admit I had my own doubts, but I figured it was better to have a half-dozen games that didn’t get played than have no games and time to play them. My son had a couple of games in his luggage too, but he agreed it was unlikely.

We had left in the evening, after promising the parents we would maintain a “Grade A” Safety Rating (we’ll bring 93% of them home!). The 9 hour drive out was overnight, so after the first excitement of going away from home, everyone sacked out. Twenty-six 8th graders and adults on a chartered bus have quite a bit of room, so we were all reasonably successful in getting comfortable and sleeping for the next day’s touring. We were up early at Great Falls Park, drove to the Marine Corps Memorial, and went on from there.

And so it went for the next several days; up early and go, go, go. Monuments, museums, memorabilia, and meals were the subjects of the day. I had a great time watching these students explore, seeing what fascinated them, and I was able to share a little bit of my personal interests with them, as well. Everyone was tired by the time we rolled back into the hotel each night, and it was too late for gaming. The Social Studies teacher and I roomed together, and I thought I might interest him in a game of Campaign Manager, but that failed, too. The last day started with a half-day tour of the Gettysburg Battlefield, which with Mt. Vernon, were highlights on the trip. Then we started the long trek back home. It’s a good thing these games don’t weigh much.

A couple of hours after Gettysburg with hours to go, we stopped for a late lunch/early dinner meant to carry us the rest of the way. The next leg was going to be the longest period awake on board the bus. My son convinced me to moderate a game of Werewolves of Miller’s Hollow, one version of Are You A Werewolf /Mafia. I agreed to run the game if he could find the players. A few were eager, a few were bored enough to be willing, and a couple more were coerced. We had the minimum of 8 players and we started the game.

We played for 5 hours.

Everyone who played loved it. We had a maximum of 12 playing at one point in time, and a few more were eagerly watching. With this being a “traitor” game, it was fun to watch the suspicion and arguments all around:

“Oh, Susie was killed, and she and Joyce always tease each other, so Joyce must be a werewolf.”

“Devon hasn’t said anything, he must be a werewolf.”

“Yeah, but Devon never says anything.”

My son moderated a game so I could play as a werewolf (I had to stack the deck to make that happen!), but my strategy was foiled by Sharon, one of the students, who does not backdown. Sharon was the one person who I knew might cross me, and sure enough she did. One of the other parents joined in, too. I think the teenagers enjoyed having a couple of “old people” in the game and they certainly made us feel welcome. Funny though, being an adult immediately makes you a suspicious character!

They were calling for another game as we pulled off the highway, and everyone had to be shooed back to their seats to make sure everything was packed away and picked up. Everyone was amazed at how the time had passed.

Now, don’t get me wrong, this trip was great without the gaming. As a geek, I am well-rounded: I am a game geek, a history geek, and a science geek. Therefore, sharing this experience with this group of young adults was fantastic. This is particularly true of this class, since overtime I have volunteered in their science classes, ridden horses with them, coached football, worked concession stands, taught Chess,and watched these young people grow up. They are all, in some sense, my kids. Now they were graduating from our school and leaving. This was my last hurrah with them; they would head-off soon to different schools. It was my honor to be able to go with them on this trip.

Gaming was just icing on the cake.

As we turned into the school parking lot, with everyone craning their necks looking for their parents, I turned back and looked at the Social Studies teacher.

9 Responses to In the Company of Teen Werewolves