When A Beautiful Game Turns Ugly 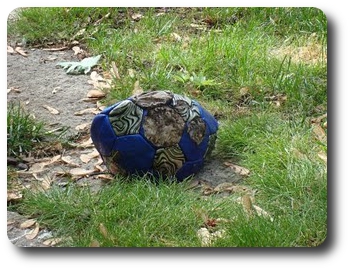 My two children have been playing association football (also known as “soccer”) for the last 12 months. It began as a casual backyard activity I could share with them on the weekends, and quickly became a regular lunchtime activity for my son and his classmates, such that he was persuaded to join their club earlier this year. The club also has classes for pre-school children, so naturally my daughter wanted to participate as well.

All well and good. Club dues and game fees run into hundreds of dollars, but we parents are happy to encourage physical activity with an emphasis on enjoyment, teamwork and developing basic skills. Two aspects concern me, though, neither related to monetary cost.

First, the time commitment is not inconsiderable. The children are at the playing fields for 90 minutes on a Saturday morning, but as my son is also encouraged to attend training on a Monday evening, football eats into more than just our weekend time. With swimming and piano lessons also in the mix, there is not that much time left for the family to relax and enjoy other activities. While I would not go so far as to say that their extra-curricular activities are excessive, we would not be able to accommodate any more regular commitments.

My other concern is competitiveness. There are clear guidelines for football games at this age, especially for how referees, managers and parents should encouragement enjoyment over competition. For example, while scores are kept during the game, results are not retained in a league table and no finals or playoffs are permitted. My son’s team has had more than its fair share of victories, but they seem to enjoy the game even if they do not win. For the most part, their opponents seem to share the same attitude.

The most recent game was quite a close affair, and I was disappointed that my son was cautioned twice for shoving opposition players. Importantly, on both occasions he was retaliating, not instigating. Not that I approve of retaliating, but if a six year old boy has just been shoved by another six year old boy, how would you expect him to respond? Furthermore, the shoving began after stoppages in play, so I felt that there was more an element of malice rather than clumsiness that would be a more reason for rough play in this age group. Both times, I had enough time to yell out that he should not retaliate, but, of course, he did not listen. At half time, I made it clear to him that it was just as wrong to retaliate as it was for the other child to shove him in the first place.

What was most disappointing, though, was that the opposing parents insisted the referee tell our team manager to curb his players’ aggression! Why not give both teams the same warning? In part, I suspect it was because the referee did not see the incidents in their entirety and because he caved to pressure from the other team. The opposing players were smaller in size than my son and his team mates, so one might assume that the bigger child is the one responsible for the aggression. The referees for these games are club players in their early teens and, as I understand it, officiating is an obligation for them rather than something they are enthused about. They do not seem to pay much attention to the games: for example, when the ball goes out of bounds, they award possession to the correct team about two-thirds of the time (so only slightly more accurate than flipping a coin), but the spectators do not complain because no-one wants to be “that guy”, right?

Getting back to the issue at hand, the parents on our side were rather annoyed that the referee was blaming my son, but we said nothing. Later that day, I spoke to my son again and explained that he should not get caught up in any physical altercation, but I did not want him to learn to be a victim either. I suggested that if it happened again, he should pick himself up off the ground, walk back to the perpetrator with his hands on his hips, and tell him firmly that he will not put up with that sort of thing. (The idea of hands on hips was not only to appear more imposing, but also to discourage grabbing or shoving.)

Now, a few days later, I am still not sure of the “right” thing to have done, both at the time the incident occurred and in advising my children how to respond in future. When some other parent (albeit indirectly) intervenes to discipline my child, I cannot help but take offense, even though I know I should let it go. And should I advise my son to stand up for himself or walk away and avoid escalation?

Any thoughts you have are welcome! 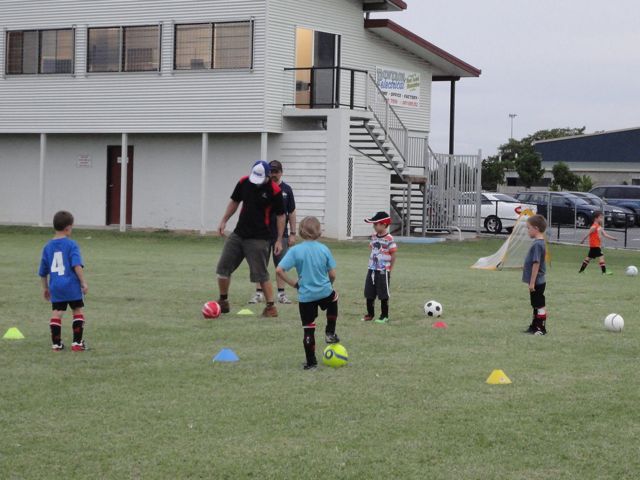 2 Responses to When A Beautiful Game Turns Ugly