So Many Games, So Little Time 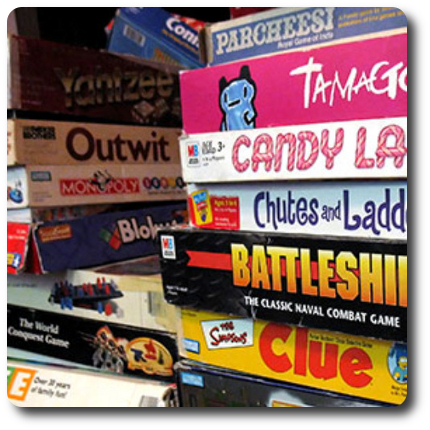 As a husband of one and father of three, finding time to game can be tough. My sons are at an age where they are active in school and sports, so the wife and I stay pretty busy making sure they are all where they need to be. In addition, we are active in our local church and I even play in a local band. So time is a premium, as I’m sure it is with most families. Thus, carving out time slots here and there to game is pretty tough.

Some close gaming friends of mine are pretty good about making sure we get together once a month to play. I’m part of a gaming MeetUp group and we try to meet once a week and I try to go to one of their events each month.

I’m fortunate that each person in our family likes games, so we strive to have game nights at least once a week. But for us hard-core gamers, that’s not a lot of gaming. Therefore, when I get to game, I’m very particular about what I play.

I love to experience new games and typically get hyped about any major game releases. But with so little time, I have to pick and choose what I do. In my early days of gaming it was easy, I only played the Lord of the Rings Trading Card Game (TCG) and I sunk a lot of time and money into it. Then after a while, it seems I was trying a new collectible card game (CCG) every time one was released. Of course, I needed people to play with so I persuaded my friends to try them, too. My efforts to get them to try the games was soon called,”pimping” by my friends.

Most of my friends were married and the kids were young  making it easier to find times to play. But as we all got older, we just couldn’t constantly be switching games. So now we spend a lot of time talking about games we have interest in, what would have staying power, and what people would be willing to give them a try.

Our latest long-term excursion is Warmachine/Hordes. This is the first time I have gotten into a miniatures wargame and the time and money commitments for this type of game is pretty substantial. Getting into the hobby takes a serious investment in order to buy all the painting and assembling supplies. Once you have that, then it takes a lot of time to assemble and paint the figures. And this is all before I’ve rolled one die for a game. Once we started playing actual games, I see that it will take a lot of time just to learn the intricacies of the rules, strategy, etc.,  just be able to be competitive. The good thing about this is that it’s keeping me focused on one game…but it’s not totally satisfying my gaming itch.

I’ve always loved card games, but the investment is just too much now for a CCG. Thankfully, Fantasy Flight Games came out with the Living Card Game (LCG) series that gives me the satisfaction of deck-building but without the collection component. Since its release, I’ve been into the Lord of the Rings LCG. It doesn’t take as much time to build a deck and play as it does to paint models and play with miniatures. It’s my game of choice for when I don’t have a lot of time to sit and play.

Right now, I’m trying to focus on only those two games, but there are so many other great games coming out. The board game market is exploding now with AAA titles and I want to try them all, but I have to curb those desires to rush out and buy on new release a day. Having a couple of gaming groups to play with gives me the chance to try games without the upfront investment. This satisfies my desire to always be trying the latest and greatest thing, too.

With very limited time, I’m doing a good job of trying to stay focused on only a couple of games, but that Star Wars LCG is looking pretty good and the Quarriors expansion comes out this summer . I really need to get that. Also, Iron Kingdoms RPG comes out later this year, too. I’m sure a new RPG won’t take much time …*sigh*… I guess the first step to recovery is admitting you have a problem.

8 Responses to So Many Games, So Little Time