The Father Geek Spotlight is an ongoing feature that focuses on ordinary people doing an extraordinary job of living the geek life and loving it. It’s about moms and dads, grandmas and grandads, aunts and uncles, and brothers and sisters who have passionate interests and share them with family, friends, and the occasional stranger they meet on the street who they swear they know but can’t quite remember why or from where…

FG:  OK, Mr. Trumbo, please speak into the microphone and give a brief intro about yourself. Enunciated clearly and speak slowly, please, as I don’t have a lot tape to record this. Oh, we are already recording! Go! Go! 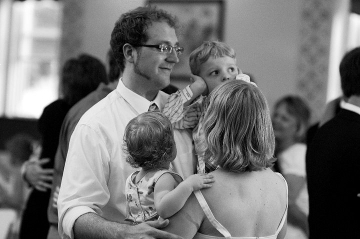 JT: It was a transitional time in our nation’s history: Disco reigned supreme but “My Sharona” made us question its longevity. The disastrous nuclear accident at a reactor in Pennsylvania was topped only by the eleven lives lost at a WHO concert in Ohio. The Sony Walkman was revealed to the public at the reasonable price of $200.00. Yes, the year was 1979 and all of these events culminated in the birth of Josh Trumbo. I’m currently 31 years old and live in Fargo, ND, with my wife, Becky, and two children Benji (4 yrs.) and Ally (23 mo.), where I work as the Project Responsible for the 3D Landmarks project at Navteq. I grew up mostly in Redfield and Aberdeen South Dakota, and have been living in the Fargo/Moorhead area since 1998. I graduated from Minnesota State University at Moorhead, earning a B.A. in Communications with an emphasis in Film.

FG: Wow. That was…thorough. Can you tell us a little about your hobbies?

JT:  I have many hobbies, mostly relating to creative areas. I enjoy drawing and graphic design, have written poems and created short films, play several instruments and have been in several bands. Thanks to my wife, I have become a fan of hockey and am learning to ice skate, and have even become a base-level handy man.

FG: I’m sorry, my notes said you were a “geek”. How is being “handy” or liking sports, films, and even writing colorful and flowery poetry qualify?

JT: I am a Geek, by my definition of the word, and have been playing video games from a very early age (although, I did swear off them after getting particularly frustrated by a Return of the Jedi arcade game in Pizza Hut). My affinity began with action/adventure games, which were perhaps the most common back in the early days of the NES, but quickly grew to many different genres, though those with puzzles often caught my attention more than others. I never played role-playing games, but would watch my brother play the original Dragon Warrior and Final Fantasy, amongst others, and it wasn’t long before I was keeping track of town locations, NPCs, monster hit points and weaknesses, etc. It took awhile before I actually picked up a controller and played an RPG, but I absolutely loved being the encyclopedia that guided my brother through the games. Of course, since then my love of RPGs on gaming consoles has only grown and expanded into love of table-top, pen-and-paper RPGs which continue to make use of my ability to retain otherwise useless knowledge.

JT: In Junior High I began my foray into CCGs with Magic: The Gathering and eventually into the Star Wars CCG (I still have the first several sets, complete and in binders somewhere). It was through friends I met and played with at Daddy K’s, the local hobby store, that I began playing the West End Games Star Wars RPG (d6 system) and Cyberpunk. After going to college, it took me awhile to find another group to game with, and began playing D&D 3.0. Since then, I’ve pretty regularly played D&D, Marvel, and Star Wars, and currently am running a Star Wars (Saga Edition) campaign.

FG: You have a good number of RPGs under your belt. How do you find the time to indulge is so many fantastic games? Do you still play them regularly?

JT: I fell off the hard-core gamer wagon sometime ago, but have somehow managed to get my hands on almost every system Nintendo has come out with. Mario, Zelda, and Metroid are all franchises that I have loved since the days of the NES and can’t seem to get away from, no matter how sure I am that I won’t buy the next-gen system. And now my son’s interest and affinity for video games means that I’ll probably be buying Nintendos, specifically Mario-based titles, for years to come.

FG: Ah, yes. I’m sure Benji is loving and will continue to love those games. I know I did as a kid. Tell us a little about your experience of sharing your geeky passions with your children. 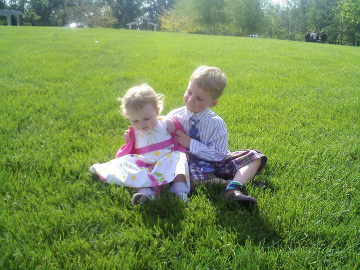 JT: Playing games with my son (and daughter, as she continues to grow) is one of the great joys of my life. Typically, after Ally goes to bed, Benji and I play board games to help him calm down and get ready for bed. Games like Bingo, Candyland, Chutes and Ladders, UNO, Go Fish, Sequence, and others are great fun and a great way to teach him lots of life lessons. For example, how to be a gracious winner or loser, take turns, and follow the rules. Plus, how to count, identify colors, and so on.

FG: Excellent use of board games! But you also mentioned your love of video games and how Benji enjoys them, too. Is there any particular game or game system Benji and you enjoy playing together?

JT: The Wii has helped him develop hand-eye coordination and games like New Super Mario Bros and Kirby’s Epic Yarn encourage teamwork and creative problem solving. Of course, I should say that Benji also loves hockey and soccer (and just about every other sport), so don’t worry- we all still get outdoors and take part in physical activity as well.

FG: Sounds like an excellent, well-adjusted, and well-rounded sharing of geekiness. You’ve got the board games, video games, and even outdoor activities! How about your specific hobbies and interests? I have heard wild rumors and speculations that you have been known to play a tune or two.

JT: In addition to my day job and family responsibilities, I am also 1/3rd of the comedy band The Kamikaze Snowmen. I and two other life-long friends, Terence Brown II and Paul Tebben, started the group approximately 10 years ago as a way to have fun and just goof around. We began improvising songs and recording them simply, and selling hand-made CDs to friends and fans, who surprisingly enjoyed our silliness and somehow encouraged us to create around four “studio” albums, two live albums, and play numerous shows in coffee houses and college campuses.

FG: Outstanding! Are the Kamikaze Snowmen still together?

JT: Eventually we drifted off to other projects/cities and the group went idle. In June of 2009, I had the idea to revive the band in the form of a podcast to better deal with the difficulties of family/job responsibilities and distance. Paul lives in Fargo, while Terry currently lives in Phoenix. The idea was to have something that we could do in our spare time, maybe taking up a night or two a week, and cost us little. By releasing songs for free, we unshackled ourselves from the stress of having to produce something of great quality and are continuing to expand our fanbase as we expand our songbase.

FG: What a brilliant idea! What kind of music does the Kamikaze Snowmen prefer to play? 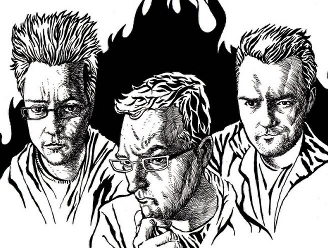 JT: The Kamikaze Snowmen subscribe to no particular genre or manifesto. We create songs that range from folk to funk, from satire to silliness. We are continuing to branch out in other areas, including creating music videos and playing occasional live shows, typically with stand-up comedians. We’ve recently begun looking into playing at sci-fi/fantasy/comic conventions who might enjoy some of our geekier offerings, like “(Ain’t Gonna Play Your) Metagame” and the recently released “Beauty’s in the Eye of the Beholder”. Otherwise, we’re releasing something new or recycled on The Kamikaze Snowcast every week, which can be accessed through iTunes and our website. We would all really love to make The Kamikaze Snowmen our full-time jobs and are doing our best to pursue that while not losing sight of priorities.

FG: Oh, I don’t know. Sounds like you have all your priorities straight and are living most possibly the best example of work-life balance I have ever heard. Any chance you can write a song about a father geek and his epic adventure to find a specific brand of diapers in the store while simulatniously juggleing three kids and looking at board game discounts on his iPhone? Epic, yes?