When I Don’t Want to Play 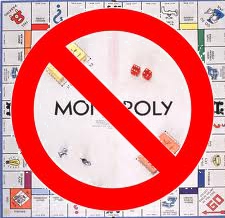 As much as I hate to admit this as a member of Father Geek’s illustrious, exclusive, esoteric, distributed and unpaid staff, sometimes I don’t want to play games with my darling little geekletts. Unthinkable, I know, but sometimes the work of delicately handling disappointing events, repeatedly explaining rules, playing games that contain repetitive tasks instead of interesting decisions, and constantly corralling the wandering attentions of two little minds outweighs my desire to spend time with my kids.

In a few cases, my reluctance might be justified. If, for example, I had just spent the day with them, or we had just returned from a family trip somewhere, I think a little solo time would be called for. Too much time in the same company can really degrade the “quality” side of “quality time”. And as with any parent, I’ve decided where that line is for me and my kids, keeping in mind that the line will probably have to shift as they grow from geeklings to demi-geeks.

In other cases, I’m just tired from a long day at work or the previous evening’s roof-raising Father Geek Game Gathering of Gusto. I mean, we do party like it’s 1989, you know.

Both of these might be forgivable, but still other times I just don’t wanna.

I believe this kind of thinking is a little dangerous. If it happens too often, a little chat with the mirror might be in order. (I’m lucky, as I have the Disney Princess Talking Mirror mounted on the back of my bedroom door. The rest of you, get your own.)

For starters, I ask myself that most profound of all self-analytical questions: Why not? If the answer is because of the need for solo time after a great bout of quality time or just from general fatigue (and I try not to play the fatigue card more than once a week), the answer is probably fairly selfish and begins to tread in the “danger zone”. The danger zone is where things end up when I get a new video game or start on a new project that I can’t wait to finish. The “new thing”, whatever it is, just sounds more fun and enticing than the idea of playing with my kids.

Fun is so seductive. It is, after all, the main draw of games and geekiness everywhere.

So what do I do to try to keep those moments in check and avoid the proverbial danger zone? I remind myself that I am a rather dense fellow and have forgotten some of the most obvious truths of parenthood. These truths can be summed up as follows:

A quick run through the list of obvious (and sometime forgotten) truths usually resets my perspective a little. The new shiny thing doesn’t look so new and shiny, the sound of my kids’ voices goes from annoying to whimsical, the world gets smaller, the kids get bigger, and I get down on the floor and play with them.

9 Responses to When I Don’t Want to Play