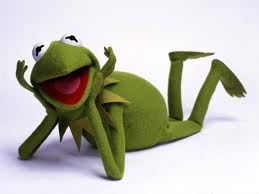 One of my favorite television programs growing up as a kid and as an adult is the Muppet Show. Kermit, Miss Piggy, and my favorite, Fozzy Bear, are as funny now as they were back “in the day”. I was overjoyed when the movies came out and we were introduced to new characters and Muppety shenanigans. Adventures, outstanding comedic timing, and a  narrative simple enough for a child to follow but compelling enough to engage adults are the bedrock that make the Muppets so entertaining and timeless.

Case in point, the Muppet Show was released on DVD a few years back. I was given the first season as a gift. I immediately popped it into the DVD player and started watching it with my boys. They were laughing as loud (if not louder) than I was. Two generations of geeks equally enjoying the same show comprised completely of puppets, songs, and skits is hard to come by. I can only pray that they are as enthralled with Monty Phython’s Flying Circus, then their journey towards the Geek Side will be complete!

The new Muppet movie trailer has finally been released! I gobbled it up as soon as it came out and watched it like the internet was going out of style. WORK AND TIMETABLES BE DAMNED! I was going to watch this video until my eyes bleed and I became a giggly idiot huddled in the corner of my office! Such is the mania of  true Muppet enthusiast. Here is the video for your own eyeball pleasure.

If you do not see a video above or the video will not play, try this link, and then go sacrifice a floppy disc to the Internet Gods for you have angered them!

The trailer is nothing more than a teaser in the worst sense of the word. There is just enough there to engage you and get your brain salivating for more. Sadly, there is none to be had. It is much like being very hungry and walking into a grocery store only to realize you do not have any money. All that you could want and more is right there in front of you on display, but you can’t have any of it. HORRENDOUS!

Still, better to have a whiff of what is to come then nothing at all, eh? Even though that intoxicating breeze of pure fandom won’t offer any satisfaction until November of 2011, I believe it will be an event well worth waiting for and to dream about on soft quiet nights.  Oh, Kermit…how I love you.

Until then, I must (and truthfully, will) be satisfied with the television shows and the already released Muppet movies. Muppets from Space is quickly growing in popularity at my home as is the character, Pepe the King Prawn.

It’s fun to get excited about something and even more so to share that excitement with your children, be it music, games, or movies with hand puppets.

2 Responses to The NEW Muppet Movie!