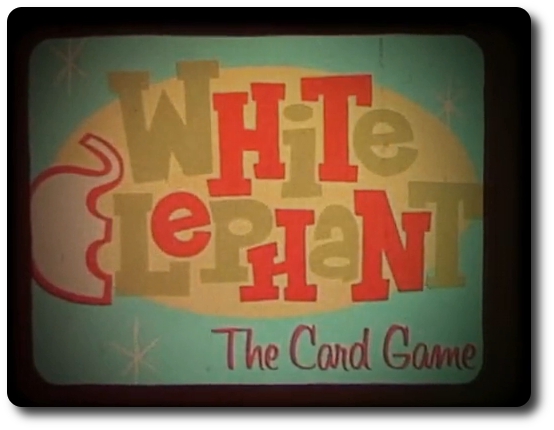 If you have not had the opportunity to participate in a White Elephant Gift Exchange, many would consider you lucky. I have participated in many a gift exchange thanks to working for a large international corporation with employees from many different ethnic and religious backgrounds. Regardless of race, religion, or personal politics, giving junk to your coworkers is as politically correct as you can get…and then some. As such, White Elephant Gift Exchanges are considered the norm around the office watercooler.

If you have no idea what a White Elephant Gift Exchange is, allow me to fill your brain with worthless knowledge. At its core, it is a game where the participants attempt to trade random gifts of little value for other gifts of questionable value. Everyone brings a wrapped gift (almost always inexpensive and most likely humorous in nature) and puts it on a table. One person at a time can then go to the table and either select an unclaimed gift or take a gift already claimed by another. This is often called “stealing a gift”, but some would consider it a merciful act. If an individual has their gift stolen, they then claim a gift from the table. Play continues until everyone goes home with something they most likely do not need or ever wanted.  To learn more about the White Elephant Gift Exchange, checkout its Wikipedia entry. I usually don’t promote Wikipedia as a “source for accurate information”, but in this case, I really don’t see the harm.

Since the White Elephant Gift Exchange is a silly little game, it stands to reason that you could improve it, which someone did. That someone is game designer, Mr. Brian Kelley, and he has a vision. ﻿He has created a family card game titled, White Elephant: the Card Game. Guess what it is about…

The goal of the game is to match some truly horrific and gaudy gifts to some unlucky people. Doing so scores you points. Game play is very much the same as a traditional White Elephant Gift Exchange, wherein a player begins by selecting one of the gifts, revealing the card. The next player can then steal the card or reveal a new one. The shenanigans and fun continue until the last gift is revealed and all gifts are claimed. The player at the end of the game then matches claimed gifts to their gift list which scores them points. The player with the most points wins the game.

White Elephant is currently being promoted through Kickstarter. If this game sounds like fun, you want to promote it, and get a copy for yourself, head on over to the White Elephant: the Card Game Kickstarter page and pledge your support! You can also learn more about the game, read a more comprehensive game play description, and watch an introduction video from the game designer.

Father Geek does not receive any payment or benefits based on the sales of this game. Father Geek is simply passing along this news to you, the readers, so you can be just as excited as we are.