The Rise of the Geeks 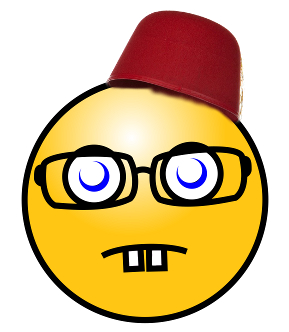 The term “geek culture” is thrown around a lot nowadays. I bet the average individual on the street has heard the term but would have a hard time describing what “geek culture” truly is. For example, by “geek” is one implying a computer geek, a gamer geek, a music geek? These are all different facets in the very large and colorful world of geeks, but there are even subfacets of the facets that make “geek culture” a very difficult space to define. For example, “Bronies“, the collective name given to 13-30 year old male fans of the 2010 television show reboot of  “My Little Pony: Friendship Is Magic“.

Yeah, bizarre, but an excellent example of how complex and rich the “geek culture” is. If not slightly absurd…

When you boil it down, being a geek means being passionate, sometimes beyond reason, but it also means being part of an inside joke. That “joke” being whatever you are passionate about that is most likely obscure enough to not be understood by the social majority. And, yes, elitism plays a small part here, too. For example, how many of you readers understand what I mean by “pwn” or “133t”? If you know what these terms mean and represent, you are most definitely part of the “geek culture of video games”. Or how about “d20” or “THAC0”? If you know these terms, you are part of the elite “geek culture of role-playing gamer”. Congrats!

Geek culture has become trendy in the last number of years. Shows like “The Big Bang Theory” have taken your standard geek with light  Asperger’s syndrome (or go here for a more accessible version) and made them chic. Being “smart”, “nerdy”, and above all, “slightly eccentric” is the new cool. Emphasis on the “slightly” here. Society isn’t ready for Furries to start walking down the street…yet….

Standing Out While Fading In

Of course, there is a downside to all this attention. Geek culture use to be a closed group that jealously guarded their domains via Bulletin Board Systems (remember those?) and now the countless fan sites dedicated to television shows, movies, comics, video games, bands, and celebrities (that last one is a bit creepy). But the boarders that once were seen as just too bizarre to be crossed by the passive observer are now being stormed by modern society who hunger for the new hotness. Ironically, the kids who weren’t cool are now the coolest thing on the planet.

And about time to. A shame it had to happen AFTER high school prom, though. A bit of poor timing there…

If there is one thing a geek likes more than talking about what they are passionate about, it’s wearing what they are passionate about. The classic and very mainstream example of this is T-shirts that display the names of various Rock-n-Roll bands or their album cover art. I knew a kid in high school that had enough Metallica T-shirts to wear a new one every day without needing to worry about doing the laundry for a good 2 weeks. Of course, the T-Shirt has since become the medium for much, much more than just rock-n-roll fans. It has also become the last bastion of geek uniqueness and self-expression.

While the yuppies have taken ownership of fancy shoes and the hipsters have claimed the dark-rimmed glasses (much to the chagrin of “nerds”), the geeks have placed their empire on the solid foundation of the T-shirt. For every geek culture facet, there is a T-shirt that celebrates it. There are a large number of companies who have built their entire business model around the insatiable appetite that geeks have over the often sarcastic and sometimes highly obscure quotes and images they can wear in a crowd. To just about everyone who passes them by, they’ll see a picture they don’t understand or a slogan that makes no sense. But from across a crowded room, another geek will see that shirt, smile, and nod.

Think about that the next time you see a grown man walking down the street with a My Little Pony T-shirt on.

It is not uncommon for a geek to be a member of multiple facets of the geek culture. This is reflected through the many T-shirt designs and companies that are available to the consumer today. Just about anything that was born and bred in geek culture can be found on a T-shirt and often times more than just one conceptual geek “thing” will share the same shirt space. These mashups of geek cultures are actually very exciting because it demonstrates that the geek culture itself has now grown so large that it’s circles of interest are starting to overlap. One geek cultural group is blending into another. Ideas are being shared, new concepts are being created, and a new facet of geek culture is born.

Take, for example, the mashup between movie lovers and role-players. There’s a little gem of a film titled “Clerks“. A geek who enjoyed the film and role-playing games did a mashup between the two. The results? Pure awesome. And also very obscure. Only an individual who has seen or is familiar with both the movie and the Cleric character class would laugh at the joke’s wisdom and wit. Everyone else? Not a clue.

It’s a great time to be a geek. The world loves us and wants to share in our passion. The best part of all is that anyone can be a geek. Look around the room and find something you like a lot. Is it a book? A DVD of a television series? A movie poster? A model? Whatever it is, and if it makes you happy and excited when you think about it, that’s your geek culture.

Once you know what you like, go visit a T-shirt shop and see if they have something that portrays it. For example, take a look at OffWorld Designs. That company is an excellent online shop that started out catering to a very unique group (convention goers) and is now doing business with the world. They’ve got everything, from “I Love Brony” T-shirts (shudder) to classic “Hello-O Kitty” zombie T-shirts. So many T-shirts about so many things, it makes a geek a bit jittery.

Find your inner geek, people, and then go shopping! You already have your suits, your ties, and your fancy leather shoes. Those are all good, but are they you? Can you look at that dress shirt or pantsuit and say with confidence, “hell, yes, that it totally me!” They might make you look professional, but they don’t say a thing about you other than you might shop off the rack at a local store. That’s sad…not the rack part…that’s being economically reasonable. The sad part is not owning something that expresses what you are passionate about.

You won’t get the job at a prestigious bank when you wear your “Avatar Hello-O Kitty” T-shirt, but at least you’ll be wearing something that is you. Of course, if you weren’t smart enough to where the T-shirt under your dress shirt, you really weren’t the right person for the job in the first place were you?

Oh, and for the record… 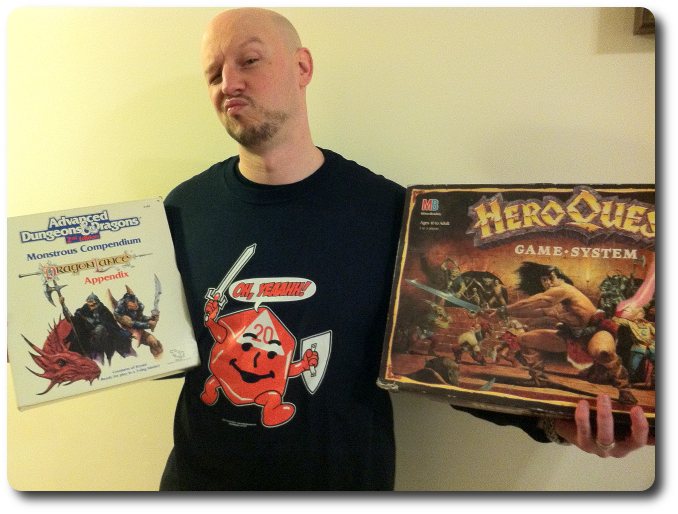 The product was given to Father Geek as a review copy. Father Geek was not paid, bribed, wined, dined, or threatened in vain hopes of influencing this review. Such is the statuesque and legendary integrity of Father Geek. But serious, do you see that shirt? It’s the Kool-Aid man as a d20 with a sword and shield! HOW COOL IS THAT? So cool! I finally have a shirt nice enough to go to gaming conventions in.