Bringing A Child’s Illustration to Life 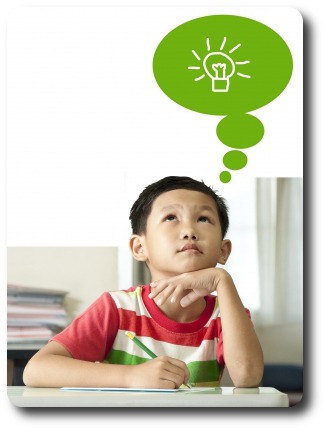 Take a moment and ask a young child to describe something imaginary. You might find that they ramble endlessly or their description makes very little sense. Younger children oftentimes do not have the necessary vocabulary skills to formulate their abstract thoughts into coherent sentences. What any child can do is draw. A child might be limited when attempting to verbally describe what they see in their head, but their artistic freedom has no such limitations.

What does any of this have to do with games? Much, my friends, and more. A child’s imagination is a playground where the impossible is plausible. A child’s mind is not tethered by an adult’s sense of “realism”. An imagination without limitations can reach beyond the boundaries where many older minds can no longer travel. Two game designers, David Ruiz and Robert Toledo, see the untouched potential in a child’s imagination and are tapping into it directly.

Their new game, Grimterra, has not been released, and yet it already has me hooked. The game will be a 2-player card game that uses character leveling, tactical dueling, and strategic deck-building game mechanisms, but that’s not why I’m excited. The game will include a method where players can create unique characters of their own using customizable elements to maintain game balance. Once the character is created, the player can illustrate it and submit their work to an artist who will review it, re-illustrate it, and make the player’s imagination a playable component in the game.

Sound crazy? It does, but it works. All the creatures in the game so far are based off illustrations created by children. They are then reviewed by a professional illustrator and re-imagined into a thing of beauty.  Each playing card goes to great length to display as much of the artwork as possible. Of course each card contains text and rules, but it’s clear that the focus of the game is the visual representation of what was born from a child’s mind, brought to life with color, flare, and style.

I was, admittedly, skeptical at first when the Grimterra team approached me. I liked what they were attempting to do, but needed to see the proof. They invited me to send in 3 illustrations, one for each of my children. A bold move on their part as I know full well how my children think and what they oftentimes attempt to capture in their illustrations. I thought this would be an excellent test to see how “in tune” the professional artists were with a child’s raw imagination. And so, I accepted their invitation and asked my three little geeks to draw for me one creature each. Anything they wanted to draw they could. It could be a monster or a hero. Evil or good. Giant or small. The only limitation was the number of illustrations they could submit. Once they narrowed their choices down, I scanned in each piece of artwork, and attached notes to each regarding what my children saw in their illustrations. I then sent them in and waited.

Included here are the three illustrations my children sent in and how the artist interpreted them.

From my 9-year-old: “Ripper”
(additional details) … 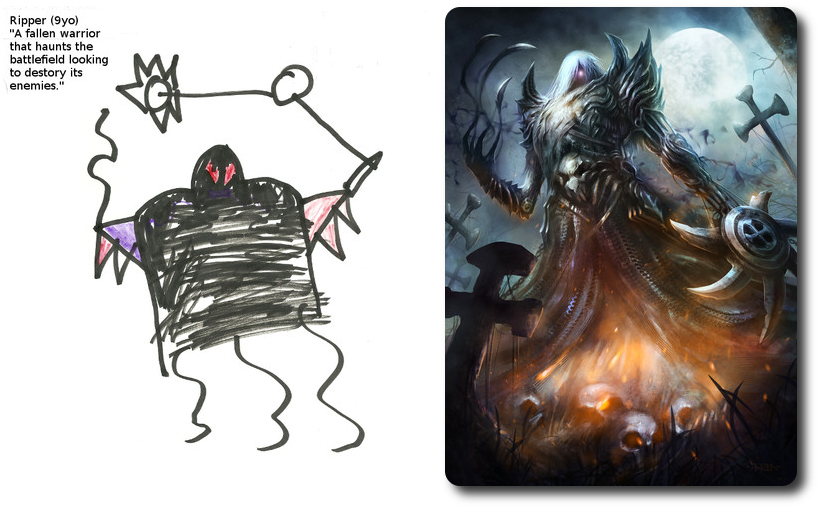 From my 6-year-old: “SkullBoy”
(additional details) … 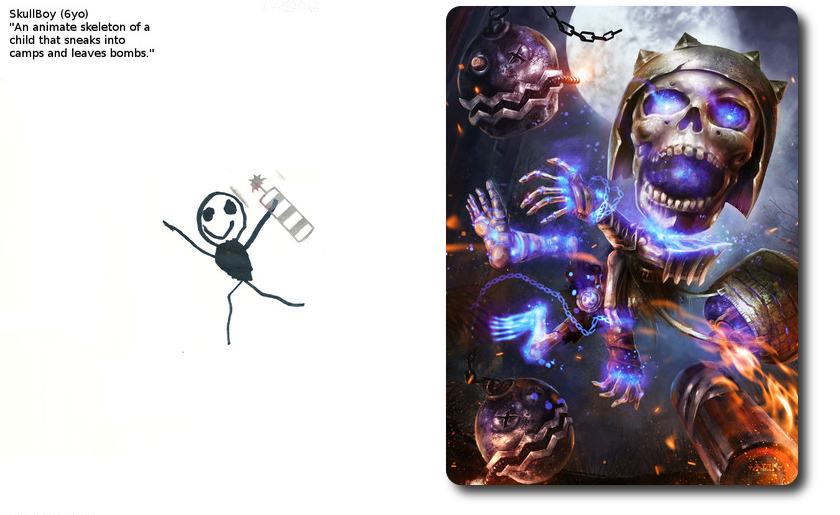 From my then 3-year-old: “PsiSyp”
(additional details) … 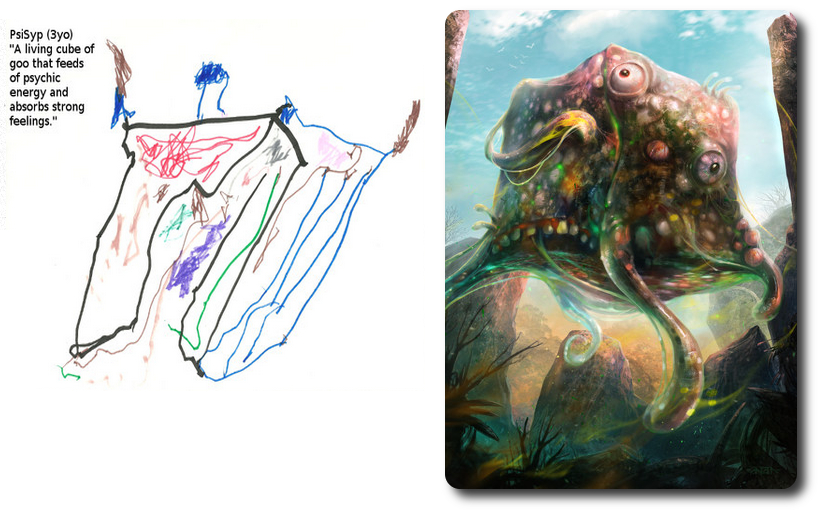 I have no idea if Grimterra is any good as a game, but I’m already a HUGE fan of the art. This will be a game to watch for in the near future, if for nothing else, the players get to create the game they play.

To learn more about Grimterra, visit the game’s official website. While you are there, take a moment to review some of the additional card illustrations.

Kids: they never stop amazing me…