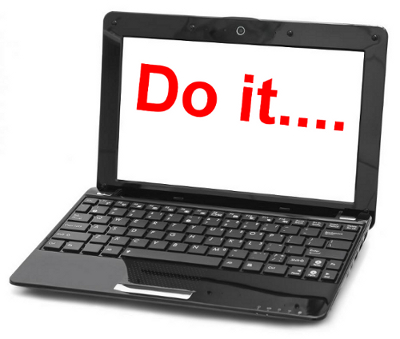 In recent years, the means by which society interacts has changed drastically. Forty years ago, talking to someone halfway around the world was inconvenient and costly and required careful scheduling to be certain that the two parties were both available. Now, a person only has to sign onto a computer and go online to chat with someone on the other side of the globe. This gives people all over the world the opportunity to learn about and appreciate other cultures and the lives of people in other countries. For children and teenagers, in particular, this type of knowledge used to be found only in textbooks and seemed very distant; now, however, it is right at everyone’s fingertips. While the most popular methods of social interaction for children and teens may well have changed, one aspect of such interaction that has not changed is that of peer pressure.

Many people tend to associate the term “peer pressure” with a negative connotation, but there can be positive connotations to the term as well. Thanks to social media, the methods of interacting with peers may have changed, but the nature of the interactions is largely the same as it was forty years ago. Therefore, it is still important to understand and be able to recognize both types of peer pressure, positive and negative, that a young person can face when dealing with websites such as Facebook and Twitter, as well as instant messaging and even texting with a cellphone. In some ways, parents need to be even more diligent in making sure that their children are capable of handling peer pressure since it can now reach them at any time, even when they are at home.

The most obvious type of peer pressure would be the negative kind. This type of peer pressure is usually recognized as pushing an individual towards doing something that might not be in their best interests simply because their peers are doing it. Peer pressure can be used to convince a reluctant teenager to sneak out of the house and crash a party, for example. Social media has changed things because, instead of just a few people trying to talk the person into going, a much larger number of people have access to the teenager and can apply more pressure. For another example, social media can be combined with peer pressure to convince a younger child that they have to have a particular video game, no matter what they have to do to get it, because it is all that their friends, online and in person, are talking about. It used to be that a child only had to deal with that kind of pressure while they were at school, but social media has allowed it to follow them home.

The Other Side of the Coin

On the other hand, peer pressure can have an equally positive influence, especially when combined with social media. Exposure to different cultures and beliefs can actually help counteract negative peer pressure by encouraging children to be themselves, rather than trying to conform to what everyone else around them might be doing. Social media allows them to make friends with other people who share their interests, even if they do not live in the same area. This type of influence is not always recognized as peer pressure because of the usual negative connotations of the term, but it can help to inspire a child to be the best person they can possibly be – to reach their full potential, whether physically (such as by losing unhealthy weighting and being more active), academically (such as by putting more effort into homework and earning higher grades) or in any other way, according to an August 2011 study published in the Proceedings of the National Academy of Sciences. This interaction with people that they meet through social media can even support a child in resisting negative peer pressure from their schoolmates and friends that live in the same region. For example, students at a Michigan high school set up a tent city as a form of positive peer pressure to draw attention to and raise money for the plight of the impoverished around the world.

Pushing Through With the Positive

Proceedings of the National Academy of Sciences of the United States of America: Medial Prefrontal Cortex and Striatum Mediate the Influence of Social Comparison on the Decision Process

MediaBistro: Alcohol and Drug Peer Pressure is Just as Strong on Social Media as in Real Life

Mashable: Social Media & Peer Pressure: What Does It Take to Change Your Mind? [STUDY]

Jessica McGarrity, for www.kazaana.com, is an independent researcher and freelance writer. She has extensive experience working with social media applications designed to be used by kids. Her articles appear on numerous parenting websites and blogs.