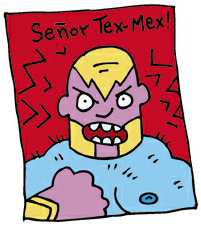 Here’s a fun fact. I once contributed to a comic. Well, technically, one release of a comic strip and it never went anywhere despite the illustrator and I having “big dreams” about our work. I was the writing talent and my friend, Brian Fyffe, was the very talented illustrator. We worked very well together as we had the same humor, liked the same things, and mutually agreed that I could not draw myself out of a wet paper sack, let alone draw something that resembled a wet paper sack.

While my dreams of being a successful comic book writer have fallen to the wayside (for now), it was not a total loss. From our efforts was produced an interesting comic that had a unique hero with terrible dialog. The central figure is a superhero by the name of Señor Tex-Mex. His powers are undocumented, fully unknown, and is still something of a mystery to the world at large. The source of his power (according to the never published backstory) is a mystical pepper known as the “La Muerte de Pimienta” (Death Pepper) that was supposed to kill our hero rather than transform him into a blue skinned invulnerable mutant who looked a great deal like a Luche Libre (whom I absolutely adore). It get’s stranger from here…

By day, our hero is an overworked entry-level public accountant who spends most of his time filling out forms to request forms to fill out and so on. In short, a dead-end job (sorry, CPAs) and has no real chance of being promoted. This sad fact (and career choice) becomes inconsequential when he takes a trip to New Mexico for a seminar and stumbles into a back alley shop that sells strange and exotic ingredients. He tries a sample of the La Muerte de Pimienta hot sauce and promptly falls into a coma. When he awakes, he has the ability to turn himself into Señor Tex-Mex, a champion of justice! Sadly, his broken English (which was part of the gag) does not improve, but his overly grandiose speeches do.

The end result? I’ll leave it up to you to decide. Personally, I am sad the comic did not continue, but I am very thankful I had a chance to work with a talented friend to create it. 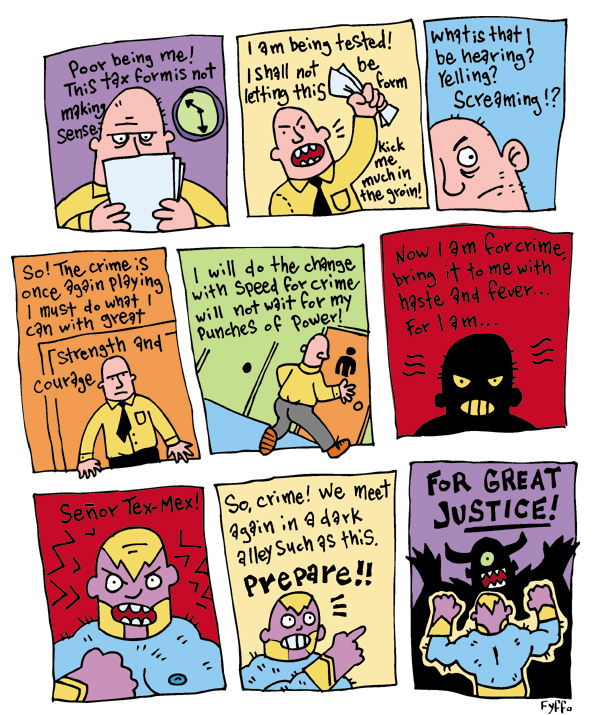 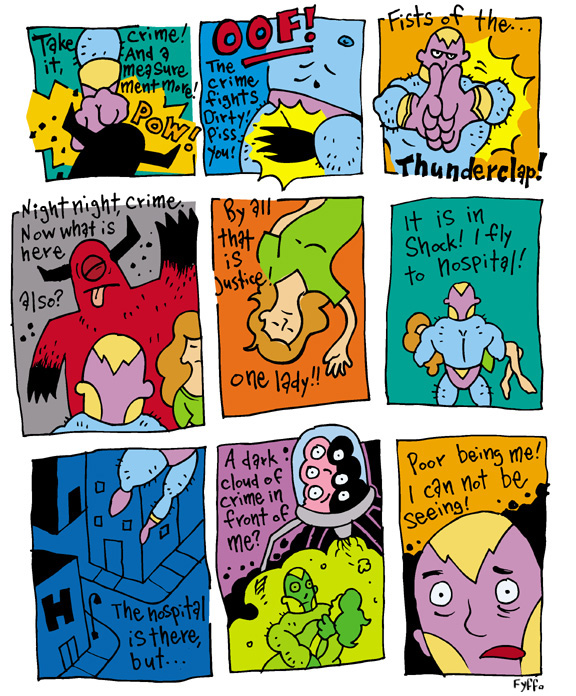 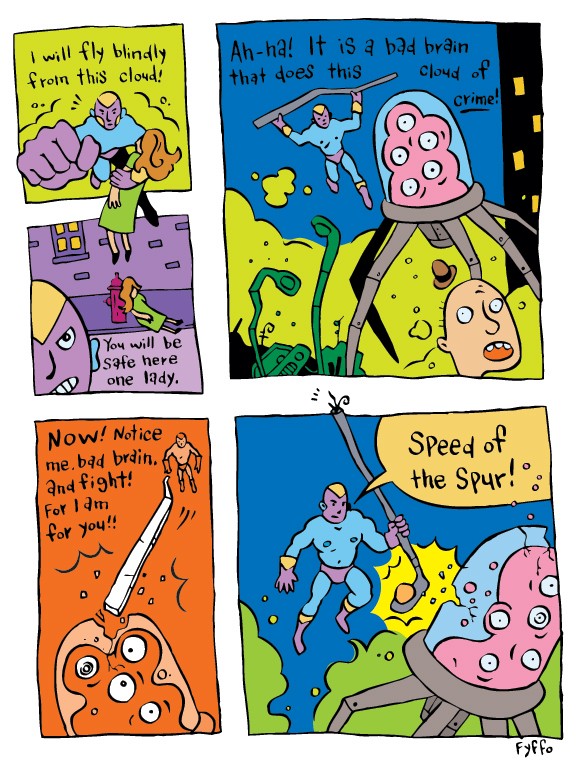 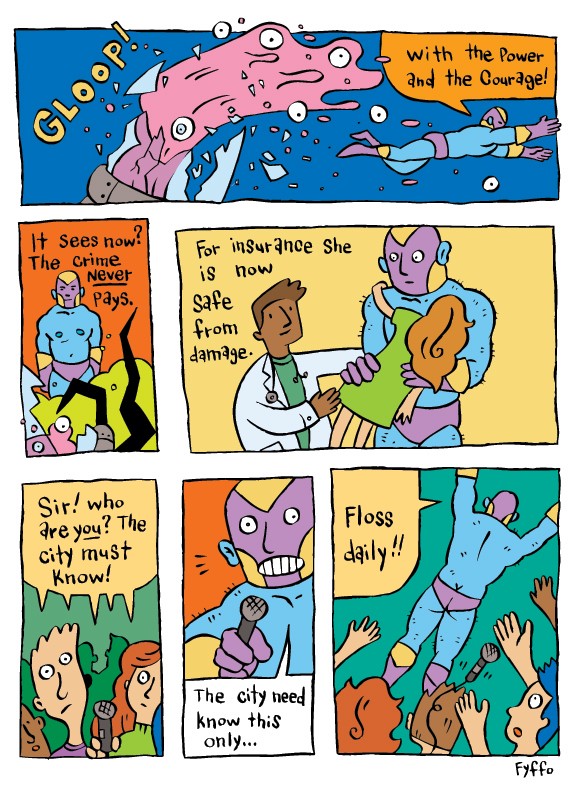 If you like Brian Fyffe’s work, take a look at his other projects at Fyffo.com. A particular favorite of our family is his Zombie Chuck comic.