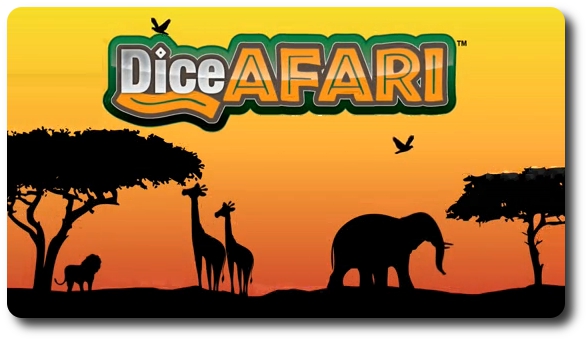 Stratus Games has joined the Kickstarter craze and tossed their own hat into the social funding ring in hopes that people, just like you, are interested in putting up the cash to help finance a new game for families to enjoy around the gaming table. This would appear to be a “sure thing” as Stratus Games has a solid track record of publishing quality games that are both entertaining and highly accessible to different age groups and skill levels. We’ve had the pleasure of playing Status Games’ Launch Pad, Gold Mine, and their most recent game, Eruption, and have found each to be a real delight. Will lighting strike a fourth time for this game company?

As any good salesperson knows, you need a good pitch to woo a possible buyer. Stratus has done one better and provided everyone with a free Print-n-Play early version of the game as well as providing the complete rules. This gives everyone the ability to “try-before-you-buy” and I enthusiastically applaud Stratus Games for this. I wish more game companies would follow this model.

The artwork and game components available from the Print-n-Play version are late prototypes and are not meant to represent what the final product will look like. That being said, what Stratus Games has made available is not only pleasing to the eye but makes one eagerly anticipate the “real thing” once Stratus puts their entire creative product team behind the game.

I jumped at the chance to playtest the newest game when I was invited to do so by Stratus Games. I was given the files and requested to send any feedback I might have. I read the rules and pitched the game to my two oldest little geeks who immediately became interested. I was most eager to get the game on the table as we had a great time playtesting Eruption when we were given a chance to do so. I opened the files and gave the order to my printer to spit out the game.

Once again, I feel compelled to apologize to everyone I meet concerning the quality of my colored printer. It is slightly better than a paper weight in that it occasionally prints something of value. I dare say that any employee of Stratus Games would put me on their list of individuals not to send files to if they saw how badly I butchered their game once printed. I will only say that the end result of the print job was nothing more than a pale shadow of what the game could very well be. More than enough to play with but a real disappointment to look at. Allow me to misdirect any critical eyes from my technical shortcomings with Stratus Games’ pitched artwork for the game. 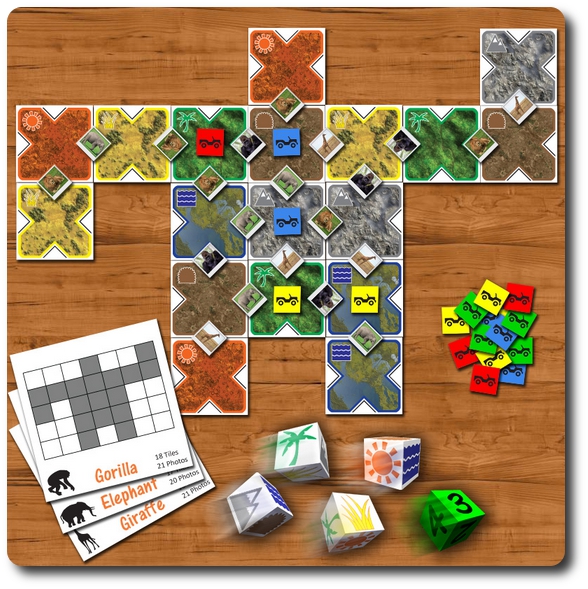 Yes, it is an example of what the final product might look like, but holy cow, it's enough to wet your appetite!

OK, you’ve seen the artwork and now I imagine you’d like to learn more about the game. A reasonable request considering I have done nothing to let you know what all the fuss is about. The game is titled DiceAFARI (dice + safari, see what they did there?) and whisks the players to the continent of Africa to take part in a photo safari adventure. The goal of the game is to capture as many photos of the indigenous wildlife as possible. It would seem to be an easy task, but the players’ photographic subjects are not so easily found. They are scattered around the wilderness and difficult to come by. Players must plan their trip using tactics and strategy to take pictures of the wildlife before their opponents do! Easy enough? Hardly.

DiceAFARI is played using tiles that represent specific terrain (mountains, jungles, and marshes just to name 3 out of the 6 available) that are used to build the playing area. Included in the game prototype are 12 pre-built tile designs (all representing animals) that can be used. However, you need not limit yourself to what is suggested. The tiles easily conform to any design you can imagine which allows for fun customization for you and your little geeks to engage in. Once the tiles are placed, out come the photos of the various animals you are attempting to capture on film. These include the elephant, the giraffe, the gorilla, and the lion. These are placed randomly on the borders where two tiles meet. The playing area is now set and the game can begin.

On a player’s turn, they roll 5 dice. The results of the roll will reveal to the player what terrain tiles they can visit. The player must match these dice rolls to the terrain tiles to create routes. A route is defined as 2 to 4 adjacent terrain tiles (either vertically or horizontally) that match the rolled results. Each dice can only be used once, meaning there is a 1:1 relationship to what the player rolls and what terrain they can visit. If the player does not like or cannot use what is rolled, they are welcome to reroll up to 2 more times for a total of 3 rolls, keeping what dice they want and attempting to roll something of value with the rest. 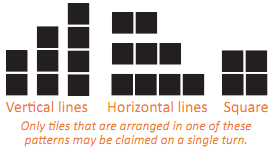 Several options are available to the player when claiming routes offering some unique opportunities to grab much needed points!

Once the rolled results are set, the player places their playing piece on the tiles that match their dice rolls. Animals that are between a player’s playing pieces can be claimed, but only one can be claimed per turn. There is also a bonus die to be rolled at the same time as the terrain dice (but cannot be rerolled) that will result in a number value of 2 to 4. If the player is able to claim the number of terrain tiles in a route equal to the number on the bonus die, the player can place one of their playing pieces anywhere on the terrain tiles. This breaks the route placement rule and can be a huge game changer.

Players also have an opportunity to steal terrain dominance from other players by simply replacing the existing playing pieces with their own. In this way, DiceAFARI becomes a light, almost combative area control game where the players are constantly moving and shifting for area dominance. Placement of a bonus playing piece could steal points for another player and mean the game! This game mechanic is done so subtly and with such finesse, one almost misses it while reading the rules. In practice, however, the game quickly becomes almost cutthroat.

The game ends once all the terrain tiles have been claimed by the players and all the players have had at least 3 turns. All the remaining photos are taken off the terrain tile by the player who owns them. Player points are then determined and this is where all that hemming and hawing over where to place your playing piece and what photos were claimed comes into sharp focus. Points are awarded based on the number of photos taken and sets of photos, as well as the player’s total number of playing pieces on the terrain tiles. Each photo can only be scored once, meaning the players must carefully consider how to best use each of their photos for maximum points.

The end result is a very light and faced paced area control and something like a worker placement game that is easy enough for a 4-year-old to play (and play very well, I must add) but also provides a good deal of depth and challenge to give a Gamer Geek a run for their money. 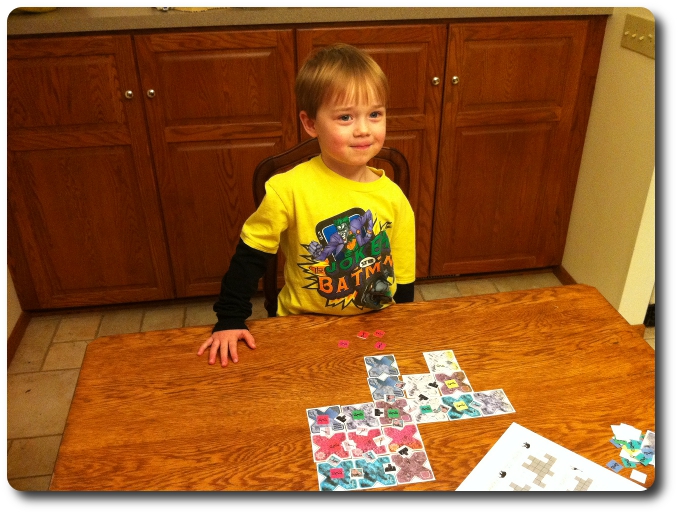 Easy enough for a 4-year-old to play but deep and challenging enough for a Gamer Geek to enjoy, DiceAFARI is going to be a hit!

My little geeks and I have played DiceAFARI a number of times and keep enjoying it more and more. The dice certainly add an element of randomness and luck to the game but also act as an equalizer, trumping any Gamer Geek from completely dominating a Child Geek. Many times, my little geeks will get a better roll than me and take much need points away. When this happens, you should see their faces of pure delight as they high-five each other. Pure evil, but oh so much fun, as this challenges me even more to win the game. From a Gamer Geek perspective, I can counter any points I might have lost by doing my best to dominate the board. Or, put some serious effort into collection specific photo sets for lots of points. You can even do a combination of the two, if you think you can get away with it.

Light, flexible, customizable, and accessible, DiceAFARI is a fun game that will challenge and entertain. Hear that rumbling of thunder in the distance? I do believe lighting will be striking again for Stratus Game and for the benefit of us all!

If you are interested in learning more about this game, visit the game’s official web page or contribute to the Kickstarter campaign and secure yourself an early copy with additional perks! And don’t forget that you can download a complete prototype copy of the game you can enjoy right now!

One Response to Early Peek at DiceAFARI