Zen & Long Car Trips or: How I Learned to Stop Worrying and Love the Portable DVD Player 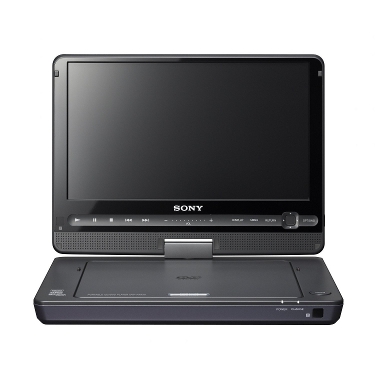 For the record, I am not against television as a medium in which information is shared. I do think there are better ways to get your information, as television is rather one-sided and tends to interject disruptive random nonsensical ads into their programs. I understand the reason for this, however, and am not about to preach to any person or company who is trying to make an honest buck using a tried and true business model.

My wife and I were of the same mind in regards to how television would not play any role in the upbringing of our children. We were high on our mighty horse and pontificated the benefits and righteousness of only using art, literature, and music to stimulate and accelerated the rapid growth of our children’s minds in hopes that they would rule the world through sheer force of Will alone. Such was our ambition.

While I am not a fan of the majority of “stuff” on television, I must admit there are some really good and entertaining shows on the “idiot box” for kids. For example, “Dinosaur Train” and “Phineas & Ferb”. Not to mention the countless movies I enjoyed as a kid that I now love sharing with my little geeks. Movies like “Labyrinth”, “The Dark Crystal”, and the original “Tron” are still treasured favorites of mine. Sharing them with my sons has only made them that much more endearing.

Slowly, television crept into our children’s lives. We were conscious of it, of course, and took measures to curtail any possible chances of it going amok. We imposed a one hour limit of television per day and made certain that any and all programs watched were “parent approved”. By doing so, we felt reasonably certain that we were still in control and felt secure in the knowledge that our children were not watching trash.

Times change and so too our standards.

My sons increasingly love dumber and dumber cartoons, but I cannot blame or even fault them for this. I attempted to watch the original “He-Man and the Masters of the Universe” cartoons a month or so ago and was flabbergasted at how horrible they were. The plot lines were so thin it made my head hurt and the quality of the animation was highly questionable at times. Don’t even get me started about the train wreck that is “Challenge of the GoBots”. And yet, I remember these cartoons being the very definition of awesome as a child.

This rude awakening gave me a fresh perspective on shows like “Pokemon” and “The Mighty Morphin Power Rangers”. I started seeing them for what they were instead of what they were not and this made all the difference. I started watching them with my sons and talking to them about the shows. I  now know more about Pokemon than any reasonable man in his 30’s should and am damn proud.

My wife and I still only let my children watch an hour of television a day when we are at home, but have greatly reduced this limitation when we take long car trips. We have family and friends out of state and often like to visit them. Our preferred method of transportation is by family mini van. Traveling via an airplane is not a rational alternative as we would have to pack three car seats in addition to the luggage. Plus, crazy expensive.

Like many parents, we struggled to find a way in which we could entertain our children and keep the noise level down, or at the very least, tolerable in the vehicle. We tried toys, games, and music. We read to them, sang songs, and even did a show or two with puppets and stuffed animals. Our success was limited and short-lived. The kids eventually grew tired of our shenanigans and began to wail something awful. I am not ashamed to admit that I contemplated taking the car off the road to end my suffering, but only for a second and never wholeheartedly, as far as you know.

At our wits end and completely out of any ideas, my wife and I reluctantly installed a portable DVD player and crossed our fingers. The results were incredible. The kids became quiet and fully engaged. The only sound coming from the back of the car, other than total silence, was the laughter of my children when something amusing happened on the DVD player. Suddenly, family car trips were smoother, calmer, and a heck of lot more enjoyable for everyone.

The moral of the lesson, if there ever was one, is that parenting is all about being flexible. It doesn’t matter how many books you read, seminars you take, or coffee talks you have, parenting is a one-day-at-a -time adventure. My wife and I have gone from doubting to championing  the portable DVD player for long car trips. We still think there are far superior ways to engage and entertain our children at home, but the portable DVD player simply is the best for long, multi-State epic car voyages.

One Response to Zen & Long Car Trips or: How I Learned to Stop Worrying and Love the Portable DVD Player