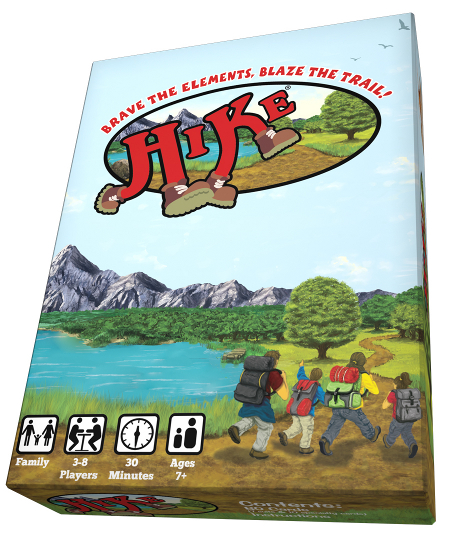 Hike is a basic family-oriented card game that depicts things that you might find if you took a hike. The theme of the game is carried out through 7 different suits of cards:  Tree, Trail, Peak, Bird, Light, Lake, and Bug. The game is played over series of rounds, with the objective for each round to reduce your hand size to as few cards as possible. Each player is dealt 7 cards at the beginning of the hand.

The game carries a simple mechanic where each card type chains to 3 other card types. When playing a card, one can only do so if it comes from the chain of 3 cards, which are well represented in pictographic fashion on the card itself. For example, if a Tree has been played, then the next card must be another Tree, a Bird, or a Bug. 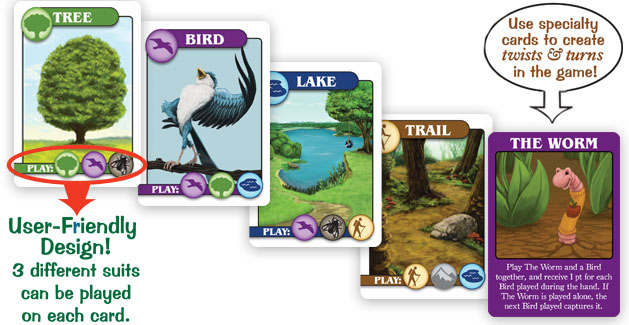 When you cannot play a card, then you are eliminated from the round. When everybody is eliminated, the person who went out last will score 1 point for every leftover card. If a player is eliminated from play for that round, downtime is minimal as the game plays quickly.

To spice things up a bit, there are 10 additional specialty cards that can be played at any time, each performing a different function. They are as follows:

Officially, the game is played to a set number of points based on number of players, but unofficially you can play to whatever you want. So, in summary… 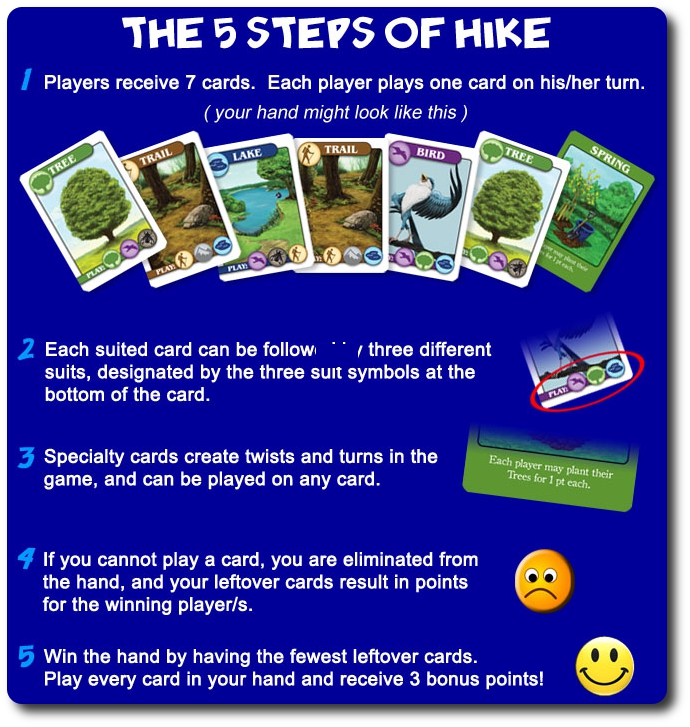 Hike succeeds at what it is trying to be: a light, family-based game that can be played quickly and keep the attention of little geeks. There are some simple strategies in the game, like at the level of Crazy Eights, but works well for the opportunity of flexibility. My two boys (ages 3 & 4) found it fun to play what I call the basic game.  The second time we played this, I removed all the specialty cards so the younger one could play strictly on the icons. My 4-year old can read them but had trouble applying the concepts.

I felt it worked really well in teaching basic strategy. Even without the specialty cards, there are reasons to keep your options open and pay attention to what has the greatest chance of being playable. For instance, 5 of the card types appear in 3 different chains, but the Bird appears in 4, so is easier to get rid of. The Peak only appears in 2, so is the hardest to play. The speciality cards also give further incentive to play Peaks early (Avalanche) and also Bugs early (Poop).

The first game I played, we tried all the cards. Due to the lack of reading skills, the game was played open handed so I could guide the play. We played a few rounds and did not keep track of points. With small children, what appeals to them are 3D models, or something that moves (dice, spinners,etc.). They loved the artwork on the cards and were very intrigued that the “H” and the “K” in the game title had legs, while the “I”, and “E” did not. This made it look like the “I” and the “E” were being carried. My little geeks seemed to fixate on why the “E” and the “I” did not have to walk. Additionally, my oldest son found the Poop card to be hilarious, but then again that was not a surprise.

After the first game, I was not sure they took to it, but the 2nd game was played by request a couple nights later.

I think this is a good family game to pull out with young kids and help teach the basics of game play, like taking turns, and handling 7 cards. However, I do not think it will keep the attention of older kids for very long.

Hike was also very popular at Gen Con 2011 (as shown in the below image) and has won several awards! 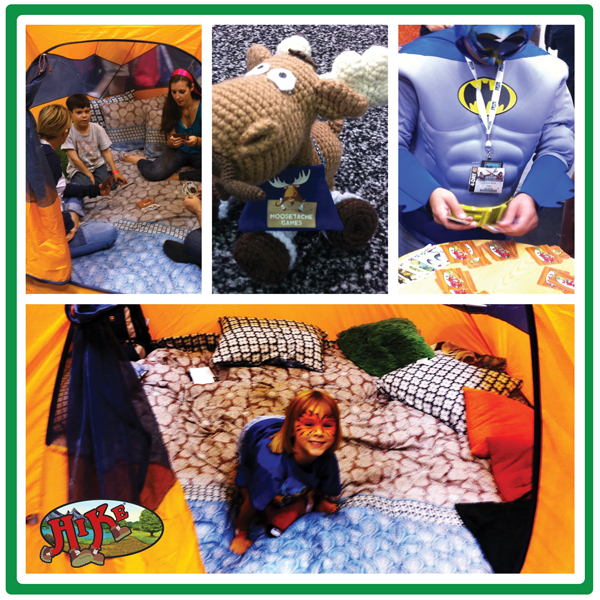 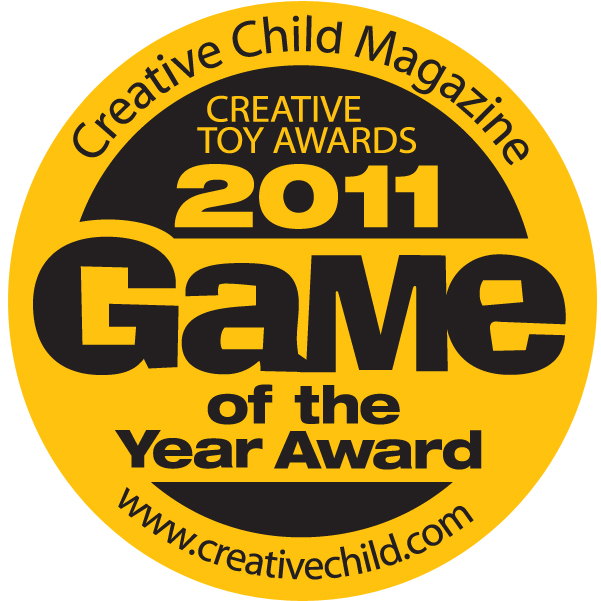 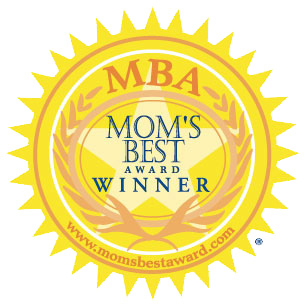 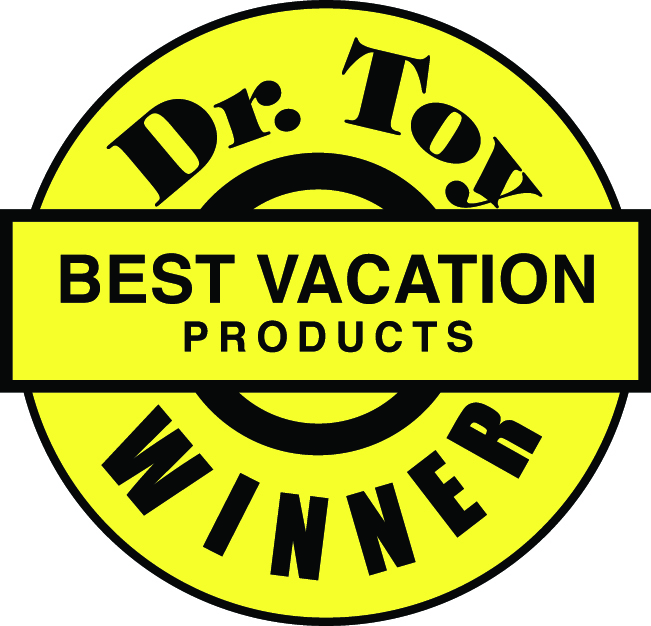