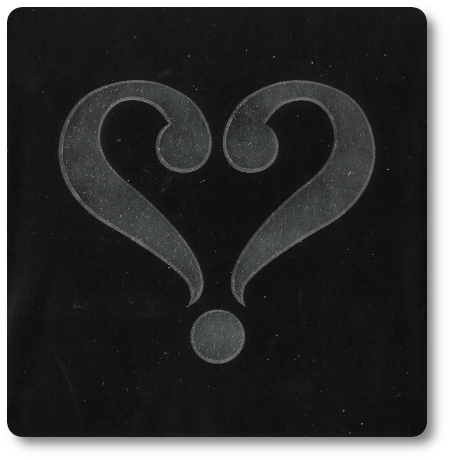 English philosopher, physician, and Father of Liberalism, John Locke, said “Any one reflecting upon the thought he has of the delight, which any present or absent thing is apt to produce in him, has the idea we call love.” Pause for a moment and reflect. What do you like best? What makes you laugh? Who do you enjoy spending time with? Your answers and those from others might surprise you.

Vertellis, designed and self-published by Lars Blokdijk, Bart Kloosterhuis, and Lizette Zeeman, is comprised of 48 cards. Both editions of the game have the same number of cards. The cards are made of durable cardstock. No artwork is present on the cards other than the game’s logo. Blank cards are provided, allowing the owner of the game to personalize it. Not included with the game, but necessarily to play, is a paper or pen and few pieces of paper for the players to write answers.

Note: This review will cover the standard and family edition of the game. The only difference between the two games are the questions. Where the standard edition focuses more on the individual and their experiences, the family edition focuses on experiences shared with others. The family edition is also designed to be for groups of people who work together. Fore example, a teacher and their class, a manager and those who they support, and so on. “Parent” could be co-worker and “family” could be a team.

To set up the game, first separate the cards by their indicated rounds (four in total). Shuffle each pile and place face down to create four different draw decks.

Sharing is Caring (and Learning)

Vertellis is played in rounds and turns for a total of four rounds. On a player’s turn, they will draw a card from the current round draw deck and read it out loud. The player then answers the question, sharing whatever details they like. The other players who are listening are encouraged to ask follow-up questions.

The questions in each round focus on specifics areas. Round one reflects on the past and only the person who draws the card answers the question. Round two asks questions for all the players to answer. The questions are focused on testing how well you know the other players in the group, rewarding the player with points for correct answers. Round three returns to the individual questions to be answered by the player who drew the card, but focuses on the future. Round four completes the game with the group again competing among themselves to see how well they know each other, rewarding points to those who do.

Players are never forced to answer the questions on the cards. They can decide to pass, in which case they place the card on the bottom of the draw deck and draw another. Or, if they like, they can decide to hand the card to another player to answer.

After the question is answered, it’s returned to the bottom of the draw deck from which it was taken.

During rounds two and four, players will be asked a question about others. Correct answers earn the player one point for a maximum of six points earned per game. At the end of the fourth round, the player with the most points is declared the winner, but the point of Vertellis is not to beat your opponents. This is just a fun way to add light competition, but it can be avoided altogether (no points earned or lost) without upsetting the game.

To learn more about Vertellis, visit the game’s website.

The Child Geeks had a wonderful time with the game. They liked sharing and hearing about each others stories. Games took longer than normal due to the Child Geeks piggy-backing on each others tales. For example…

Child Geek One: “The biggest mistake I ever made was leaving gum in my pocket and then having my mom wash my clothes.”

Child Geek Three: “No way! I did, too. Anyone ever step on gum?”

The Child Geeks thought Vertellis was entertaining but were confused when I told them it was a game, as they are used to sitting at the table and competing against each other. According to one Child Geek, “This isn’t a game you play to win. You win just be playing.” Well said. Another Child Geek mentioned, “What I like most about this game is that you share and learn and laugh.” When all the game questions were answered, and the only question left to ponder was how to endorse the game, the Child Geeks all agreed that the best answer was to fully endorse it.

The Parent Geeks also enjoyed the game, finding it of value both with their family and out-and-about in the community. I asked one Parent Geek to take the game to their place of business and share it with their co-workers, since she was having a department retreat. According to her, “An interesting game that is more of an exercise in reflection and communication. It was a hit with my team. They all thought it was much better than the typical trust fall exercise.” Another Parent Geek said, “I think this would be a wonderful game to bring out during the holidays when everyone is around. You only get to see some family once a year. What better way to catch up and share than with a game that asks questions of value?” All the Parent Geeks voted to approve the game, finding it to be entertaining and enlightening.

The Gamer Geeks took it upon themselves to be the only group to review Vertellis as a game, knowing full-well their counterparts wouldn’t. According to one Gamer Geek, “I know that my wife and kids will just look at this game and say how much they like sharing. I want to look at this game as a game. As in party game.” Which they did. The results weren’t great. As one Gamer Geek put it, “This is not a game. It’s a guided exercise with queue cards. Read what the card says. Move on. Rinse. Repeat. Infinity.” Another Gamer Geek said, “I know what this game is all about, so I won’t be too hard on it, but a game it is not from a gamer’s point of view. Great I think for families and groups looking to have a conversation, but when I sit down at the gaming table, I want strategy, tactics, and God help me, random dice throws.” Since the Gamer Geeks thought only to review Vertellis as a game, they rejected it. You shouldn’t be surprised by this.

Vertellis is focused on the players slowing down, listening, and sharing. The world today is an online rat race, with family members and friends passing by one another, briefly popping in and then popping out of each others lives. The designers of Vertellis recognize this and crafted this game to create a moment where quality time could be spent engaging others, stepping out of the never-ending stream of data and noise. According to the publisher’s website, their mission is to “bring people closer together, stimulate time offline, and realize dreams.” The only aspect of the mission I am hazy about is the dream realization portion, as the game doesn’t do that. However, it does open the door for its players to share their dreams and hopes. By doing so, others can listen, learn, and help make that happen. So, in a way, yes, the game does make dreams happen, but only by means of facilitating conversation.

And that is really what Vertellis is all about: facilitating. By asking questions, the game makes it easier for others to communicate. Instead of thinking up a question, the player need only ruminate and then share. This is not a game where a competitive nature to “win” is necessary or required unless you feel that you win the game by sharing the most. You don’t, but everyone else does. By attempting to be the best, you make everyone else better, too.

To be clear, Vertellis is not a game that was intended to play frequently. It was meant to be played every six months or at the end of the year. Players are welcome to play it more frequently if they like, but that would be overkill. There are not enough cards in the game to provide meaningful replay value or introduce anything new of genuine interest. You need time (and in some cases, distance from people) between the games. That way, the questions might not ever change, but the players and the answers do.

Yes, this game has “all the feels”, but not in a gushy or awkward way. The standard and family edition are appropriate for families and co-workers, for the home and the office. The location and relationship is not important. Only the player interaction, the sharing, and the learning.

If you are looking for a game for family and friends, where learning about yourself is as just as interesting as learning about those around you, then do take a moment to gather friends and family around the table and play a game of Vertellis.