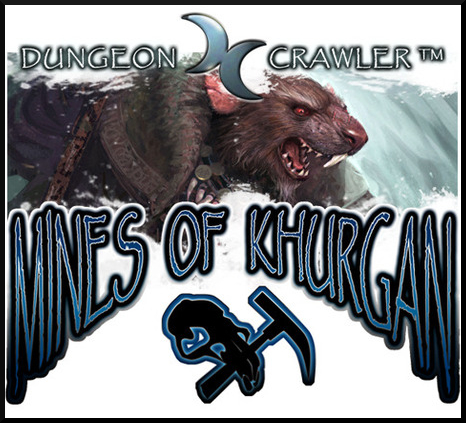 The mine was abandoned generations ago. Once, it was a source of great wealth and prosperity for the people of Keldorn, but that was then and the past has fallen into legend. The mines now belong to dark things that scurry in the shadows and avoid the light. None venture into the mine anymore except the very brave or the very stupid. Those who have returned do not speak of what they found.

Mines of Khurgan, by Gifted Vision, is comprised of 82 non-random cards all themed around a long-lost mine full of nasty things. The cards include 1 new Adventurer (an Ice Dwarf Explorer), 1 new Quest (Divine Plan), 40 new Crawler cards, and 40 new Dungeon cards. The artwork is much improved and further supports the expansion’s theme. That is to say, dark caves, dangerous tunnels, and the things that live in them. Also included in the expansion are 2 Lock tokens, 2 Poison tokens, 2 Wound tokens, 2 Time tokens, and 1 Primary Target/Challenger token. All the components are of excellent quality. 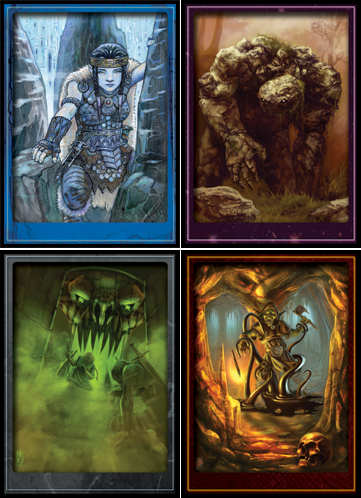 Example of some of the card art in the expansion

This expansion doesn’t bring anything new to the table. One could say it is “more of the same”, as far as cards go, but included with the cards are new equipment, magic, skills, tactics, monsters, and traps not previously available to the players. But more importantly, it brings more choices and customization. Recall that the game can be played four different ways (solitaire, competitive, cooperative, and multi-player), and has six different levels of difficulty (Beginner/Starter, Standard, Elite, Champion, Master, and Delver). The cards included in the expansion can be used regardless of game type or difficulty level, making them useful on all fronts. More cards means more adventuring opportunities.

The expansion itself is geared towards a subterranean theme, but the individual cards in the game are not locked to a central narrative. Other cards from the base game or the Delve packs can be added to it without breaking any of the cards or game rules. However, all the deck building rules still apply and the players are limited by the number of cards and the points values. It is also worth pointing out that the black tendriled grappler from the Dungeon Crawler “From the Depths” miniatures set makes an appearance in this expansion and is a nasty little enemy to encounter.

My little geeks and I continue to enjoy Dungeon Crawler and make new quests using the base game and the few Delve packs (mini expansions) we have. The game continues to be fun for them, for me, and for others who play it. Since this game expansion isn’t adding new rules, there is nothing to predict. From the player’s perspective, these are just new cards to encounter and conquer that fit seamlessly into the existing game. But since I love quoting my little geeks…

“Let’s make a deck where we fight the Kobold Shaman. I’m tired of Greenknee.” ~ Nyhus (age 5)

Mines of Khurgan is a worthwhile expansion for those who enjoy and play Dungeon Crawler as much as my little geeks and I do. As a team, we are always making up new decks,  as they have a very hard time playing the game by themselves, and new cards means new opportunities. The expansion cards were eagerly and happily included in a new adventure we called “Kobold Killers” where my little geeks and I took on the rat-like Kobolds introduced in the expansion. It was a lot of fun and there were high-fives all around as we slew the Kobold Chieftain. From the Child Geek’s perspective, the expansion was awesome. 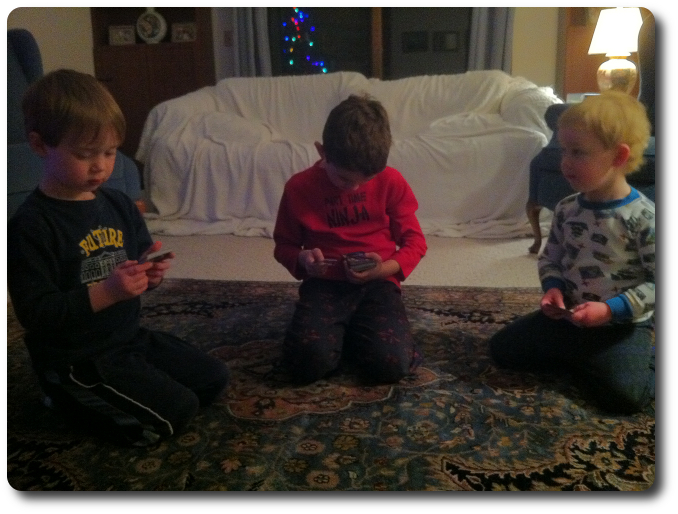 All three of my little geeks immediately went through the new cards with great excitement!

From a Parent Geek and Gamer Geek perspective, the expansion had mixed results, but both groups didn’t have much excitement for it. The expansion is nice and includes some neat new cards, but it doesn’t really add much to the game other than more cards to use. The same can be said for any card game, really, and both the Parent and the Gamer Geeks understood and recognized this fact. The Parent Geeks approved it for two reasons. First, the cards did fit very easily into any existing game without having to learn new rules. Second, the expansion did its job well by introducing new monsters, traps, equipment, spells, and all the other stuff they enjoy in the game. Their only criticism was that the deck didn’t include more Adventurers or Quests. The Gamer Geeks did not approve the expansion, citing the new cards lacked any originality or brought anything of interest to the game. To quote one Gamer Geek, “I wouldn’t buy an expansion that did nothing more than just take up more space in the game box.”

Personally, I love the expansion, but you must understand that my statement is highly subjective, as I am a huge fan of the game. My little geeks and I have played Dungeon Crawler a great deal and I love playing it with them. Having more cards means more fun for me and mine, as we use them to create new stories and adventures. If I step back a bit and look at the expansion from a purely objective point-of-view, it’s not all that interesting. There is nothing in it that “pops”, so to speak. No great enemies. No incredible spells. No weapons of pure awesome. That’s not to say the individual cards in the expansion are worthless. Far from it. My commentary is on the expansion as a whole which doesn’t jump out at me as unique. This is most likely the result of the game designers attempting to maintain a universal balance in the game play, but somewhat trumped by self-imposed design standards that are stifling innovation.

There is reason for caution here. While I am sure it would be easy to add new and cool cards that do incredible things, by doing so you might upset the game’s balance and require the players to learn a bunch of new rules. This is undesirable from a player’s point-of-view. No matter how cool a new card can be, it’s never a good thing if it alienates your audience.

But the expansion’s lack of zest is forgivable if you consider that it was never meant to stand on its own or rock your world. One of Dungeon Crawler’s greatest strengths is how all the cards work well together within the game’s system. The expansion cards are like a new module to a video game that you can drop into the main game instantly with no mess or fuss. I was able to add the expansion cards into our games without having to teach anything new to the players and that is crazy awesome. The end result is a game expansion that sits side-by-side your favorite cards and compliments them versus competing. Players looking for innovative new ways to play the game will be disappointed. Players looking to add more to their adventure without relearning the game will be most pleased. As am I.