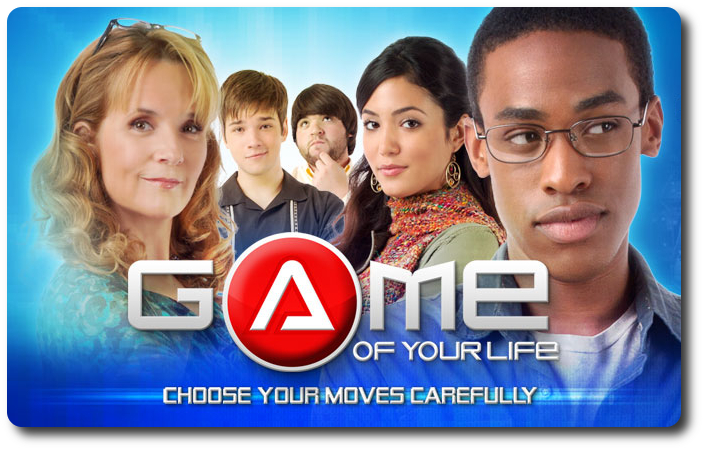 P&G and Walmart have teamed up again to deliver to your family television a movie worth gathering the little geeks, popping some corn, and enjoying as a family. Each of the Family Movie Night films features an important life lesson through the theme and narrative of the story and characters. Game Time: Tackling the Past was about knowing what is most important in life, Field of Vision dealt with the struggles to do the right thing when it is the hardest thing to do,  and Who is Simon Miller focused on honor and responsibility.

The newest release, Game of Your Life, focuses on the choices me make, why we make them, and dealing with the consequences, be they good or bad. I must also add, with a tremendous amount of excitement, that the entire movie resolves around video game creation with a distinct 80’s Real Genius vibe throughout. This pleased the geek in me more than I can say and I found myself bombarding my little geeks with obscure 80’s pop-culture references while watching it.

This annoyed my little geeks to no end.

From the official web site:

When industrious high school gamer Zach Taylor lands a prized scholarship to the prestigious Digital Institute of Game Design (DIGD), his future breaks wide open. The opportunity to study under gaming legend Marcus Bentton and alongside the country’s most creative minds will certainly propel him into a successful career as a video game designer. That is, if he can pass the infamous freshman project that eliminates more than half of the class within the first three months.

Paired with brilliant yet socially awkward teammates Phillip and Donald, the trio persuades Sara Ramirez – a determined and striking team leader with whom Zach has a history (and possibly a future) – to join their team. Working off-campus in the teched-out Lincoln Alley loft, the four set out to involve the entire campus in a quirky new social interactive game. But as the group becomes entrenched in the project, Zach learns that his father Billy, a widower, is facing growing financial woes at home. To help out, Zach accepts an opportunity to work directly with Marcus Bentton on a secretive side project that seems too good to be true. The effort requires nearly all of Zach’s time and energy, which he should be devoting to the project. Struggling to keep it together, Zach is torn between his responsibility to his team, his admiration for Bentton and a chance to help his father.

Everything comes to a breaking point when Zach’s team threatens to remove him from the group and the deceptive truth behind Bentton’s project comes to light. With the guidance of Professor Abbie Lambert, Zach must make a decision that not only affects his future, but the lives and livelihoods of the people around him as well. It’s a revealing story that recognizes the magnitude behind the choices we make and the importance loyalty plays in making good decisions.

Here’s the official teaser trailer for the film that does a flashier job of summarizing, which is to be expected as they have a budget and all I have is a six-pack of Mountain Dew.

The Choices We Make

The main theme of the movie is “choice” and then dealing with the results of said choice. Oh, if I had a dime for every time I told my little geeks to reflect on their choices and the resulting effects, I would own a small island known as Cytopia. It would be a pleasant place full of video game consoles, endless screenings of 80’s movies, and a rentable dirigible…

Whoa, lost myself in a daydream there for a moment. What was I talking about? Oh, yes, the movie.

As I was saying, the issue being tackled in this film is choice, specifically, the results of the choice after being made. My little geeks are still very young and don’t fully realize the overall cause and effect of some of their actions. This always seems strange to me as an adult as it should be very obvious if you do something incorrect you will have a negative effect. Not the case with little geeks.

But then I reflect on my own choices as an adult. Certainly, I project my thoughts forward to determine what possible results my choices will have, but I still make poor choices. For example, eating two McRibs in one sitting and then feeling bloated and sick afterwards. I wasn’t surprised by the result, but I was surprised by why I did it in the first place.

I know “why”, or course. It seemed like a good idea at the time. Like little geeks, adults can live “in the moment”, too, and make choices based on their goals that seem the most important and pressing. I was hungry and McRibs taste stupidly good, so 2 McRibs was a good idea! The end result was an added inch to my waistline, a jump in my cholesterol, and feeling like junk. CURSE YOU, CLOWN, AND YOUR TASTY SANDWICHES!!!

That’s an easy example of choices I make and really should have known better. What about the hard choices? The ones where you know you are going to have to do something that will make you uncomfortable or will hurt others, but you have to make the choice all the same? That’s what is covered in this movie and covered well. The “hero” of the story is pitted against his commitment to his friends and his desire to save what is important to him. It is a question of value and who should come first. Commitment to others or personal goals? But like me and my McRib love, the hero’s priorities are off kilter.

As movies go in the Family Movie Night collection, Game of Your Life is my favorite (so far). Fun characters, good flow, and a distinctive 80’s movie feel to it, complete with a bad guy and his henchmen with a popped shirt collar and spiky hair who is the ex-boyfriend of the love interest. There’s even a montage! Can’t go wrong with that!

The video game being developed, which is part of the overall story, is total silliness (a Second Life like Facebook type application) and is trumped by the very short showing of Pac-Man, of all things. But the acting is pretty good and I felt drawn into the story. Plus, Lea Thompson, who I had a crush on after watching Back to the Future. 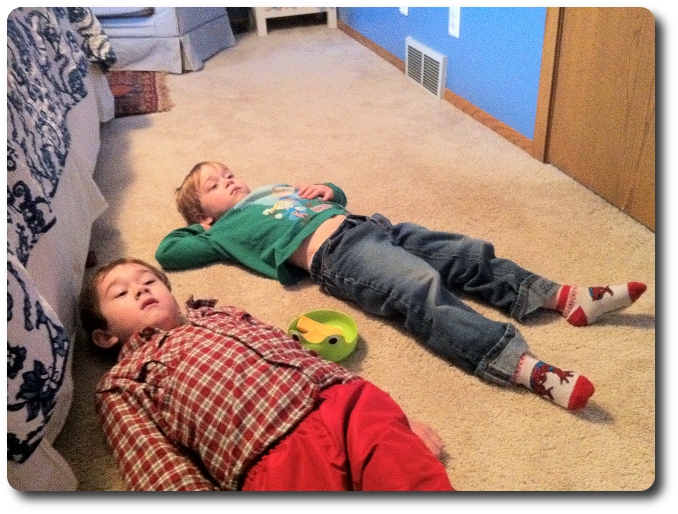 Overall, not a bad family movie. Much more interesting and relevant to me and my own than the other films under the Family Movie Night banner which made it all the more enjoyable. There was nothing in the film that I would consider controversial, questionable, or inappropriate for little geeks which made the Parent Geeks very happy. Campy? You bet, but in a fun way and isn’t that what it is all about? Having fun? When given the choice, I’d always gravitate to the “fun”…and to Lea Thompson.

Free up your family calendar and plan to spend some “quality time” with the Fam! Game of Your Life premieres on Friday, December 2 on NBC at 8pm ET/7pm CT. You can learn more about the movie by visiting the official web site  Take a look at the Family Movie Night official web site or follow along on their Facebook page for more information on all the other films available.

I wrote this review while participating in a campaign by Dad Central Consulting on behalf of P&G and received a promotional item to thank me for taking the time to participate.

One Response to Game of Your Life Family Movie Review