Five Suggestions On How To Improve Unboxing Videos 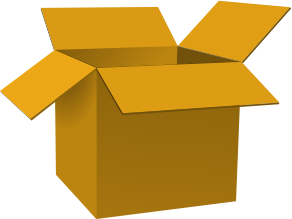 It’s no secret that I’m not a fan of unboxing videos. I find the entire concept to be tantamount to a strip tease, except the subject being undressed (or unboxed, in this case) is nothing to get excited about. Clearly, I’m not the target audience, but I do recognize the fact that I’m not the center of the universe. Unboxing videos are enjoyed by thousands (I hesitate to suggest millions) and that’s super cool. After watching more than I care to admit…or remember…I have a few suggestions on how they might be improved so as to appeal to a larger audience. A number of Unboxers (my name for this particular sub-group of reviewers) do what I suggest, but not everyone. Besides, there is always room for improvement and I’m no exception.

I don’t much care for watching someone unload a box and place everything in front of the camera. Not sure what the appeal is, other than seeing the contents of the box lined up like some sort of parade. What would be useful is discussing each of the component types. What’s good? What’s bad? Is the art outstanding? Are the cards flimsier than a piece of thinly sliced Honey Ham? I want to know these things and here’s why. Sometimes the price point of a game does not correspond with the component quality. You’d think that an expensive game would have gold-standard game bits, but you’d be wrong. Let your audience know how each bit feels and looks. This would make the unboxing video all the more appealing. Kick the tires for me, so to speak, so I don’t have to.

After you unload, take a moment to set up the game. I would like to see how much space the game takes up on my table. How much room do I need to play the game? Do I need a coffee table? A kitchen table? The deck of the USS Enterprise? This type of information would be exceedingly helpful to me and to many others. Next to number of players and time to complete the game, the amount of space a game takes is important. Setting up the game feels like the next logical step, arranging the components so they are properly placed and ready to play. I’m not suggesting the game be taught or even played. All I need to see is the amount of area the game demands and the time it takes to set it up. It’s simple logic, really. Before I buy a new car, I figure out how big my garage is so as to ensure I don’t buy a vehicle that I cannot store. I want to know the same thing for my games. I don’t want to buy something I don’t have the space or time for.

After setting it up, put it back in the box. Most gamers have come to realize that some of the games they own will NEVER go back in the box using the provided inserts. I know a few gamers who go to great length to pack their game boxes so everything fits with the provided inserts and others who throw away the inserts immediately and just toss everything haphazardly back in the box. Both do the trick, but I want to see how the game could be repackaged. I might want everything “just so” in the box and I want to see if that is possible. If not, I want to know why so I’m not surprised when half of the game’s contents don’t fit. Games are not cheap and gamers want to keep them in the best condition as long as possible. Knowing how best to package the game back up would be very interesting – and to more than just a few gamers – a real lifesaver. In fact, I can see this type of demonstration becoming an entirely new subcategory: “Reboxing Videos”. BRILLIANT!

After you have shown me the game, discussed the component quality, set it up so I know how much room it will take, and provided insight on how best to put the game back in the box, I want you to discuss how best to store it. One topic that continues to be discussed with great passion is the proper way to store a game box. Do you put it on its side or do you place it flat and stack other games on top of it? There are pros and cons to both and each side has zealot-like debaters who will take anyone to task if a disagreement ensues. I’m not interested in “The Great Debate”, as some have called it. What I want to know is how big the box is and how much shelf space it will take. Can I place it on my bookshelf? Do I need to put it on the floor of my closet? Is it really heavy? Super light? These are surprisingly important questions for any gamer who has a moderately sized collection of games and little room to store them. Space is not always abundant and knowing how best to stack and store a game is information we’d like to hear.

Some games have one or more expansions. Some games have over a dozen. What on Earth do I do with all of these expansions? Discuss different methods of storing and keeping the expansions with the core game. You’ve already told me so much, filled my head with your wisdom, and empowered me to take real action. Instructing me on the art of “Expansion Contraction” would be the ultimate lesson from a true master. Take Dominion, for example. This game has over 10 expansions with many fan-made expansions available, too. What is the best way for me to store the cards so I can easily use them with the core game? Will they all fit in the original game box? Do I need to make extra room on my game shelf? No one talks about these things when the game is first released. Oh, sure, we grumble about it after the fact, but this is a worthy conversation to have up front and as early as possible.

My dislike for unboxing videos is not based on what they are, but what they are not. I don’t see the value, as they provide slightly more than what I would most likely get by reading the back of the game’s box. I want more and I know the creative people who provide the unboxing videos can deliver. Will they? I hope one day they do.

One Response to Five Suggestions On How To Improve Unboxing Videos