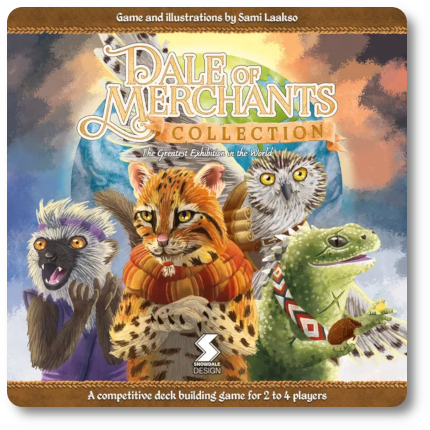 American economist, Paul Samuelson, said “Economics is a choice between alternatives all the time. Those are the trade-offs.” If that is the case, having more choices certainly seems like a step in the right direction. A case in point is this nice collection of new game enhancements to the Dale of Merchants series that brings more fun in different ways. As always, be careful who you enlist to help you become the leaders of the merchants, but with so many choices, how can you go wrong?

Dale of Merchants Collection, designed by Sami Laakso and published by Snowdale Design, is comprised of 220 cards, 64 “large” cards, one double-sided game board, 32 card dividers, 50 cardboard coins, 42 cardboard tokens, one Animalfolk compendium, one cardboard dock, and two custom six-sided dice. As per usual, the illustrations by Sami Laakso are creative and colorful, strengthening the game’s thematic brilliancy. The game components are also of high quality, with durable cards throughout and thick components.

A Box for Everything

As a bonus and commonplace to us gaming elitists who enjoy deck-building games with many cards, dividers are provided to help separate and organize the different animalfolks (i.e., “decks”) in the game. This is especially handy, as the Dale of Merchants game has many different decks to choose from, and keeping them in order allows for quick setup.

A small pack of cards is provided to update older components once combined with Dale of Merchants Collection. Note that there is nothing “broken” about the cards the update pack is designed to replace. However, when playing with the older games with Dale of Merchants Collection, gameplay issues will arise. So, replace each card with those in the update pack, and you are good to go. A complete compendium of all the animalfolks, including an updated rulebook, is also provided that takes the updated cards into account.

The game comes with a total of eight new Animalfolks cards. Each is summarized here:

With so many animalfolks to pick from, it can be a daunting task to select which decks to play with. Thankfully, the game designers considered this and provided a set of Deck Selection cards. Each of the animals from all the game (to date) are represented. Shuffle the cards, randomly draw as many as needed, and collect the respective decks. Easy! It also means you should expect random decks every game, keeping it all fresh and interesting. Of course, nothing is stopping or discouraging players from selecting the decks to play with. If nothing else, the Deck Selection cards are useful in their summary of how the deck is played, including any additional game components (such as dice) that need to be used.

When using the Lively Slender Mongooses or the Stealthy Long-winged Tomb Bats, the time of day (manged by a “clock” tracker in the game) comes into play. The time of day (really just “day” or “night”) is significant to these two types of animalfolk. Certain animalfolk powers are only available during certain times. This challenges players to consider the timing of abilities on a whole new level. The “clock” advances one space each time any player resolves a Technique card’s immediate effect. 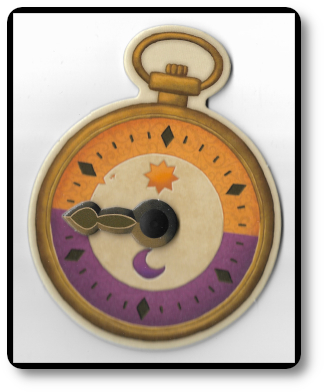 Characters to Play With

A new addition to the game is Characters. These are permanent companions that belong to a player during the game. Some even come with special cards to play with. Think of Characters as permanent cards in the player’s deck that are always available. More specifically, they are useful to build new strategies and tactics, adding even more depth to the game.

The Trap cards are a new addition that can be included in the game but are considered optional. Each player gets their own set of Trap cards that are shuffled into their starting deck. Trap cards are “passed” to opponents, releasing the Trap in the process. Or, if the player requires buying power, Trap cards can be used to purchase cards from the Merchant row. Trap cards are identified as “advanced,” and don’t you doubt it. These cards, much like the Character cards, bring a new level of depth to the game that can be confusing to new players and very rewarding to those already familiar with the game. 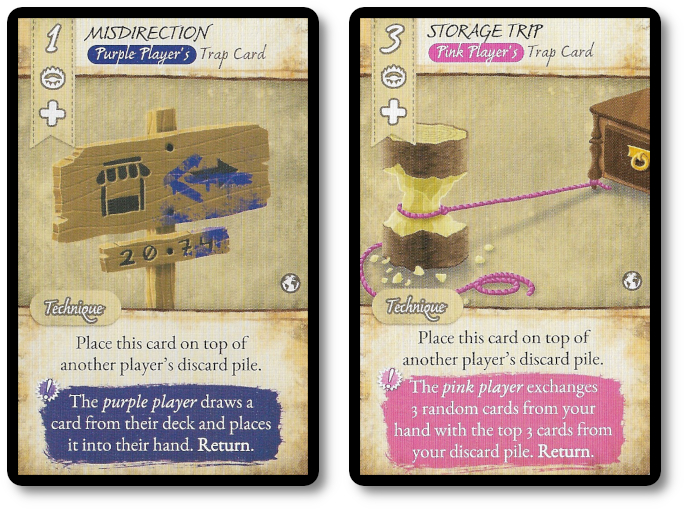 To learn more about Dale of Merchants Collection, visit the game’s webpage.

The Child Geeks had no problem adopting the new cards and using them in their game playing sessions. The Character cards were enjoyed the most, which brought into the game playing experience a new base on which the Child Geeks built their ongoing enjoyment of the game. According to one Child Geek, “I really like the Characters. They make it easier to play the game, I think, because it gives you something always to use regardless of the cards you play with.” But the Child Geeks also loved the new Traps. As one Child Geek put it, “Traps are the best! You don’t get to use them to win the game, but they absolutely help you to. I think these should have been put in the very first game. They are so much fun!” When all the merchant stalls were closed, the Child Geeks voted and fully approved Dale of Merchants Collection.

The Parent Geeks also found a lot to love, including how the new game made it easier to manage their game shelf. According to one Parent Geek, “I really liked the game already, and the new cards only made me love the game more. What I really loved, loved, loved, though, was how everything fits in one box. Any game expansion that makes room on my game shelf is a welcomed addition!” Another Parent Geek said, “The new cards are great and add more to the game. Each of the decks feels similar to their neighbor but is different enough to make them unique. This makes it easy to learn new decks. I really liked the Clock, for example, and what that did to the game. Made it a bit longer, I imagine, but when you are enjoying yourself, who cares?” Apparently, no one, as all the Parent Geeks voted to approve Dale of Merchants Collection.

The Gamer Geeks found no flaws with the game and played it both as a standalone game and with the other decks in the game they had access to. According to one Gamer Geek, “Solid. Performs well with the other decks and offers enough new stuff to bring value to the table and my collection. I’m not totally sold this is a standalone game, but it certainly can be played as such. A great addition to an already great game.” Another Gamer Geek said, “Very impressive. When you think you can’t go any further, the publisher releases a new update that shows us how wrong we were. I’m not sure where else this game could go without feeling like a money grab, but this new release is well worth it.” When all the cards were back in the box, the Gamer Geeks gave Dale of Merchants Collection their full approval.

A word of caution here for fans of the Dale of Merchant series: more doesn’t mean better. The first Dale of Merchants was small, streamlined, and fast. This was a big surprise to our players and a lot of fun. The game felt complete and could be played many times before it felt stale. With Dale of Merchants 2: The Era of Trade Masters, the game felt refreshed and slightly burdened. There were more cards, more rules, and suddenly, more to manage. While easy to tackle (since you only use so many animalfolk at a time), the game started to feel a bit on the heavy side. With the release of Dale of Merchants Collection, the game now officially feels overdone. Not in a bad way, mind you, but in the kind of way, we all feel after eating too much of a good meal: overly full. Do we regret it? Sure, but only in hindsight, and our sense of regret quickly wanes. That is how I would describe Dale of Merchants Collection. It’s Thanksgiving with stretchy pants: a lot of goodness in abundance and overkill.

Which, honestly, could be taken as “bad,” but it isn’t. Not in the slightest. This game gives players more to do, more to think about, and more to explore. More combinations mean more strategy and more tactics. The game becomes deeper but never forces its players to dive too deep as to feel crushed. This is an important point to make and falls right in line with what happened to the deck-building classic, Dominion. A great example of a solid deck-builder that unnecessarily expanded, but was and still is well-loved all the same.