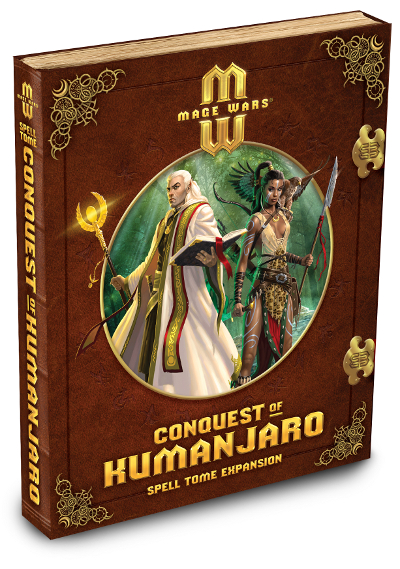 Kumanjaro is a place of endless savannahs and ancient jungles. The Johktari people have called this vast wilderness home since the beginning of time. When the strangers came to their shores, they were at first welcomed as friends. It later became clear that the friendly visitors were selfish invaders, determined to strip the land of its gifts. Now the Johktari fight for their home and to preserve their way of life against an empire set on colonization and control.

This expansion provides 2 new alternate Mages the players can use to build their Spellbooks around. They are labeled as “alternate” because the Beastmaster and the Priestess (same as the Priest) Mage classes were originally introduced in the Mage Wars core game. Alternate they might be, but they are not similar enough to even remotely suggest that the players are getting duplicates of what they already were provided. This is a very important distinction to make for two reasons. First, the expansion’s new Mages bring new abilities to the gaming table with a style that is distinctly their own. Second, the two new Mages introduced in this expansion will require any player who built a Spellbook around the core game’s Priestess and Beastmaster Mage classes to reevaluate their Spellbook if they decide to use them. 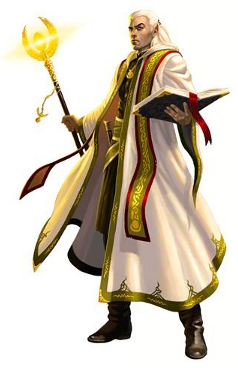 Malakai is a High Elf Priest of Asyra from the Holy school of magic. When players build their Spellbooks, Malakai can use spells that are listed as usable only by a Priestess. Dark spells can be used by Malakai, but will cost triple their normal cost when adding them to the Priest’s Spellbook – a sure indication that Malakai is not meant to dip his toes in darkness. Although Malakai is a Priest that tends to focus on healing, he is much more aggressive than his female counterpart when it comes to battle in the arena. 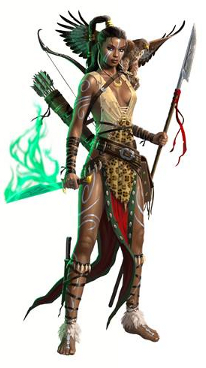 The expansion introduces three new conditions that can be brought into play to plague the player’s opponent.

This expansion comes with lots of Spell cards, 106 to be exact, that can be used with the new Mages or any other previously available Mage. Included with the expansion is a list that identifies what spells can be used to create a quick Spellbook for both the Priest and Beastmaster if the players want to start using them right away. The Spell cards provided in the expansion cover the various schools of magic and enchanted items of power found in the world of Mage Wars.

Spells card in this expansion include:

Thematically speaking, this expansion begins a new chapter in the Mage Wars saga and enriches the game’s narrative. The Priest represents the foreign invaders and the Johktari Beastmaster represents the native population that is fighting them. Sound familiar? None of this has any bearing on the game play, but it does demonstrate that the creative team behind Mage Wars is expanding the game based on a new storyline, opening the door for even more unique cards and personalities in the future. Those players who like to create themed Spellbooks will have a lot of fun designing a Mage that either represents the invading Asyrans or the Johktari people who are defending their way of life.

The expansion brings to the table new cards, new conditions, and new possibilities, but nothing overly new in the way of game play. The real strength of Mage Wars is its customization. With an additional 106 Spell cards and 2 new Mages to build Spellbooks around, Mage Wars: Conquest of Kumanjaro is simply more frosting on an already very delicious cake. I predict it will be well received by all our group members who have been enjoying the game so far, but no shift in the group endorsements. The Gamer Geeks will still approve Mage Wars and the Child and Parent Geeks will still reject it.

When I showed the expansion to my three little geeks, they opened up the box and dumped out the cards to see what was included. My oldest little geek, who can play the game, was immediately interested in the Johktari Beastmaster, as his current Spellbook focuses on summoning and controlling creatures. My two other little geeks just liked looking at the outstanding artwork on the cards that captured their eye and stimulated their imagination. When my 9-year-old was done looking at the cards, I asked him his thoughts on the game expansion so far.

“Some really neat cards included in this set. I’m going to go update my Spellbook with a few of them to see how good they are.” ~ Liam (age 9)

I’m excited to see how he uses them! I prefer the dark arts myself, but the new Priest with his more “in your face” approach has me interested. I might spend some time tinkering with a Holy Spellbook simply because it’s more aggressive with the Priest, but then again, maybe not. The dark arts are powerful and a lot of fun to play with. Let’s see if the expansion increases our fun or just adds more cardboard.

As expected, the expansion did little to change the group endorsements, but pleased all those who were already fans of the game. New spells and new Mages allow for further customization and creative tactics in the battle arena. Nothing really stands out in this expansion, despite the new cards being a lot of fun to play with. I liken it to getting a new hammer for my already very full toolbox. Alone, the hammer represents a very useful tool, but when placed with the rest of the tools in the toolbox, it no longer standouts. I don’t believe this is a negative by any means, however, as the new expansion fits seamlessly in with the core game and becomes immediately useful. And like all tools, the cards are only as useful as the player makes them. 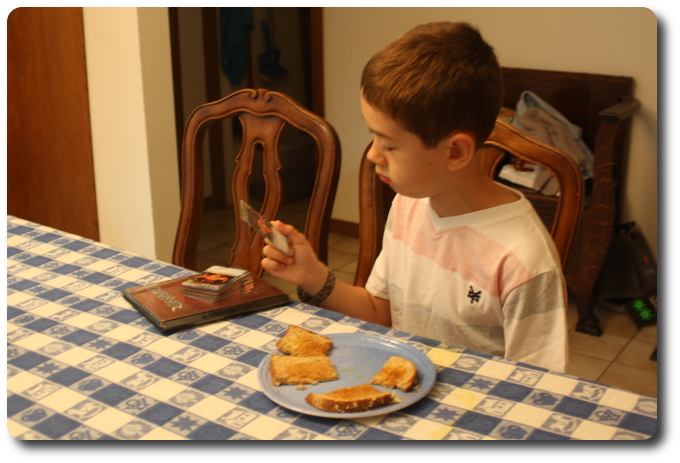 Mage Wars is not a collectible card game. Individuals do not need to buy more than one copy of the core set or the expansions to be competitive and play the game fully. There are simply too many cards to use all of them, which begs the question: Is this expansion necessary? No, it doesn’t bring much in the way that is new or shift the balance of power among the schools of magic. Is it useful? Without a doubt! More cards, I say! Every time I play this game I always want to go back and tweak my Spellbook to address some fault I might have uncovered. A limited amount of cards would reduce the game’s flexibility and customization. More cards give the players more choices, more freedom, and best of all, more ways to create one or more perfect Mages.

I continue to be a BIG fan of Mage Wars and enjoy playing the game with casual players and hardcore gamers. I have played the game for over a year now and I have yet to come anywhere near exploring it all. This game has true staying power and the expansion ensures it will remain at the gaming table for years to come. If you are a fan of Mage Wars, this expansion should be at the top of your list. While it won’t blow your mind, it will most certainly have you eagerly going back to your Spellbook and retooling it.