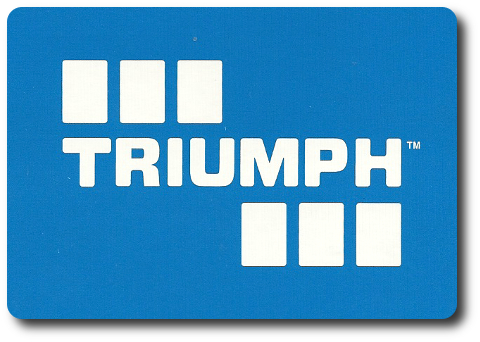 English-American political activist, philosopher, political theorist, and revolutionary, Thomas Paine said, “The harder the conflict, the more glorious the triumph.” True. The harder the labor, the sweeter the success. In this game, players will work to complete what is seemingly a simple task, but will quickly learn that victory is something that must be fought for.

Triumph, designed by Jordan Bright, Alex J. Williams and published by Sabatini, is comprised of 70 cards. The cards are as thick and as durable as your standard playing card.

To set up the game, first shuffle the cards.

Second, deal to each player nine cards, face-down and place the remaining deck of cards face-down to become the draw pile.

Third, each player arranges their nine cards, still face-down, to create a 3×3 grid referred to as the player’s “Playing Area.”

Fourth, and only after all the cards are on the grid, reveal each card by turning them face-up.

Triumph is played in turns with no set number of turns per game. On a player’s turn, they must complete 1 of 5 possible actions. The actions are summarized here and are, for the most part, dependent on the cards the player has in their Play Area.

This card allows the player to swap the Switch card’s position with any other card in the player’s Play Area. 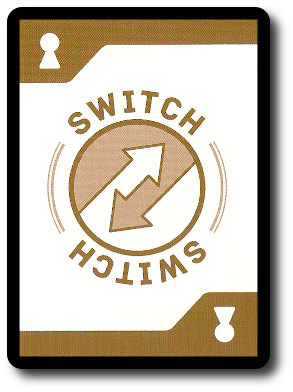 This card allows the player to swap the Replace card with any other card in the River. 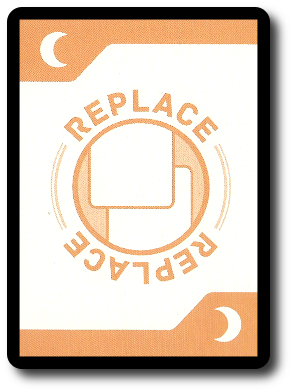 This card allows the player to place the Collect card at the beginning of the River and then move the last two cards in the River to the trash pile. The player then draws two cards from the draw pile, keeps one (putting it in their empty space in their Play Area) and places the other in the River. 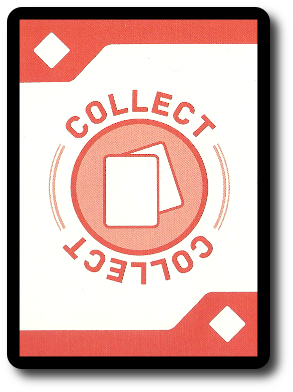 This card allows the player to place the Steal card at the beginning of the River and then move the last card in the River to the trash pile. The player can then take any card from an opponents’ Play  Area and place it in their Play Area. The opponent who loses a card then draws a new one from the draw pile. 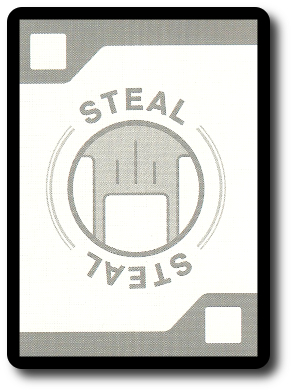 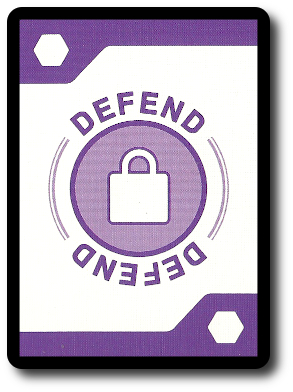 The first player to have three rows or 3 columns that all contain the same suit (1 suit per row/column) wins!

To learn more about Triumph, visit the game’s web page.

The Child Geeks had a hard time keeping the momentum going in the game. It always started out strong, but about halfway through, their interest and energy level peaked and quickly started to plummet. According to one Child Geek, “I understand how to play, but it is super frustrating not to be able to take the actions you want or collect the cards you need.” Another Child Geek said, “This game is all about outlasting your opponents and winning by default when they quit.” A typical game – that was finished – lasted about 30 or so minutes. A good 15 minutes longer than the game suggests an average game should take. Based on my observations, the Child Geeks were playing the game right, but not well. The goal is to create three rows or columns with matching colors. I observed several times Child Geeks switching their colors when new ones came into play. Not a bad tactic, but it tends to reset your strategy. In the end, the Child Geeks couldn’t get into the game for long and decided to give it a “meh” rating.

The Parent Geeks were much more strategic with their game play and got into the game much faster and stayed longer than their younger counterparts. According to one Parent Geek, “I like the game. Easy enough to learn in a few minutes but complicated enough to keep you engrossed until the very end.” Another Parent Geek said, “I thought this game was going to be simple. As in bonehead simple, but that’s not the case here. I’m finding myself thinking a lot more than expected.” All in all, the Parent Geeks found both fun and entertainment in the game, liking it immediately and ending each game with a smile (even when they lost). Many times I heard that the losers of the game needed just “one more card” or just a “few more minutes” to win. So close were some of the games that victory came down to pure luck of a card draw. This was found to be a great deal of fun by the Parent Geeks, and they unanimously voted to approve the game.

The Gamer Geeks were not all that impressed with Triumph. As one Gamer Geek put it, “I understand what the game wants me to do, but I feel no need to do it. I don’t feel the game gives you much of a payoff when you complete anything because everything can be taken away.” This is where the Defend cards come into play, but these cards were most of the time not around or seldom seen until it was either too late or too early. Another Gamer Geek said, “I like what the game is about and how it goes about it, but it’s just not a game I enjoy. Too much randomness and moving of cards.” Some of the Gamer Geeks found Triumph to be a bit like a shell game on steroids. Others just felt it was a game about moving cards and not much else. Regardless, the Gamer Geeks voted to reject Triumph.

I can’t say I like the game, but I most certainly don’t dislike it, either. I agree with the Child Geeks and their vote for “meh.” Triumph is a game I enjoy playing when I’m actually at the table with the cards, but it isn’t a game that interests me or keeps me mentally occupied for very long. It gets repetitive, to tell the truth, and your entire focus is about moving one card at a time that begins to feel tedious. I found myself looking at the clock instead of the Play Area, which isn’t a good sign.

On a positive note, the game does challenge you to think ahead. Just not real far ahead. Your Play Area can change during an opponent’s turn, making it impossible to plan too far ahead. It’s also very obvious what suits players are collecting, making each player an easy target. This might seem like a bad thing, and it is, but for different reasons than you might think. Since all actions except Discard are driven by cards, you can know EXACTLY what you want to do but will have no chance of doing it since you don’t have the right cards. Frustrating to most, but not a deal breaker. If the game sounds interesting to you, I encourage you to give it a try. You might just find it’s a triumphant game worth your time.