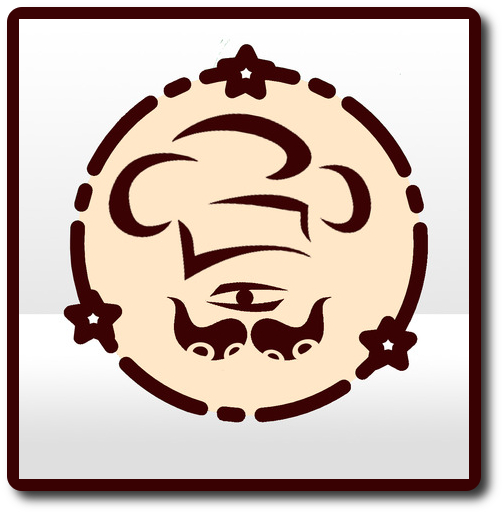 The Japanese television show, Iron Chef, fused together the art of culinary cuisine and flamboyant theatrics. The end result was a competition that mixed food and creativity. The winner was the chef who could cook the fastest and the best. The same applies in this game. To be the best monster chef, you need to be handy in and out of the kitchen.

Monster Chef, designed by Daniele Mazzoni and published by Believe In Games, is comprised of 12 Ingredient cards (9 simple, 3 special), 25 Recipe cards, 3 Table cards, 8 Monster Chef cards, 5 Monster Rage cards, 60 Serving tokens (15 per player), 4 Reputation cards, 3 Aid cards, and 1 standard six-sided die. The game comes with 2 expansions, thus the large number of components. The illustrations by Nicolas Aguirre Dobernack and Laura De Caso Basalo are bright and very well detailed. Despite being a game about monsters, these creatures that go bump in the night (presumably in the kitchen), are kid-friendly with just a hint of malicious culinary intent.

Note: The base game is summarized here. The two game expansions are discussed in the “Game Variants” section. 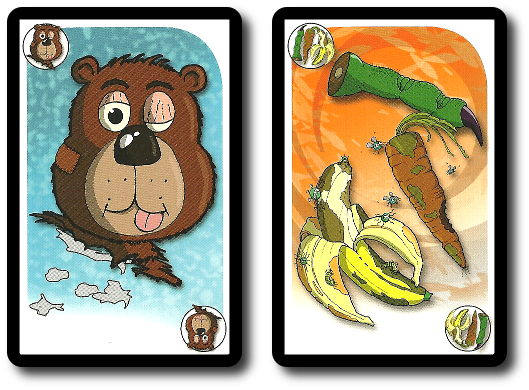 Second, place the 5 Monster Rage cards face-up next to the Recipe cards. 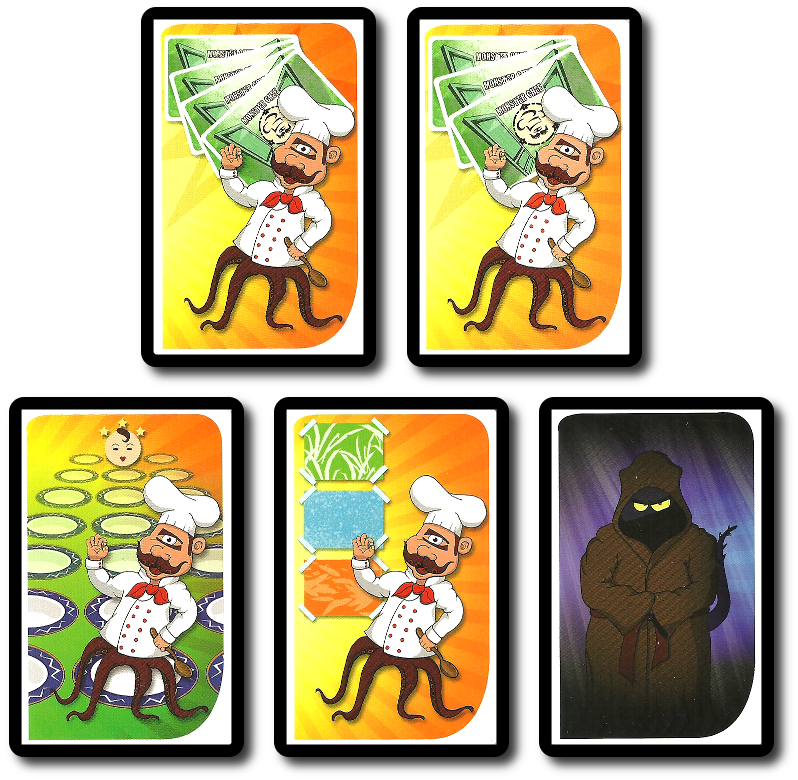 Third, determine as a group how long a game should be played. If the group wants to play a short game, put 1 Table card face-up in the middle of the playing area, for a medium length game put 2 Table cards in play, and for a long game use all 3 Table cards. Any Table cards not used should be returned to the game box. 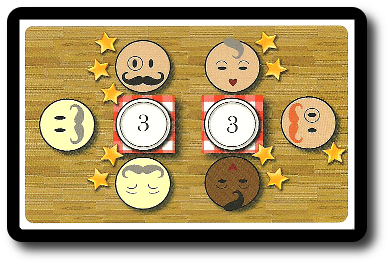 Fourth, give each player 15 Serving tokens of the same color. These will be used during the game to mark various cards. Any Serving tokens not used should be returned to the game box.

Too Many Monsters in the Kitchen

If a player selects a basket that contains only 2 Ingredient cards, they will be the first player in the next round.

Step 4: Use Ingredient on Recipes in the Kitchen Area

The active player now has two choices and can only target those Recipes in the “Kitchen area” (located next to the Table cards).

If the active player has a Recipe in the Kitchen area from the previous turn that wasn’t messed with by their opponents, they can take the Serving tokens and place them to the numbered spaces on the Table cards. The number indicates how many Serving tokens can be stacked on that space. The Recipe card is then placed face-down in front of the player.

Step 6: Use Ingredients on Incomplete Recipes

If the active player has 1 Ingredient card that matches a needed ingredient for their Recipe card, they show it to the table, discard it, and then place 1 Serving token on the matching ingredient, indicating it has been added.

If the active player has completed a Recipe card, they remove all but 1 Serving token and place the Recipe card in the Kitchen area.

The last step the player takes on their turn is discarding any Ingredient cards they still have in their hand.

This ends the player’s turn. The next player in turn order sequence now goes by selecting their basket.

When all the patrons have been served, the game comes to an end. This means a player could end the game without completing all the steps on their turn.

Each player counts the number of Stars their Serving tokens are next to on the Table cards. Whichever player has the most Stars it declared the “Monster Chef” and wins the game.

Two game expansions are included in the base game that can be used. Each are summarized here.

Being a Monster Chef

During game set up, randomly deal to each player 1 Monster Chef card. Each Monster Chef has a mini-goal that the player can attempt to complete to earn more points 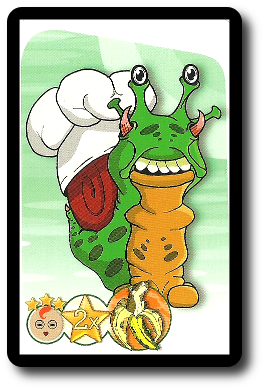 During game set up, give each player 1 Reputation card. A Serving token is placed on the first spot on the Reputation card indicating the Monster Chef’s current reputation in the culinary world. Whenever a player collects the basket with 3 Ingredient cards, they roll the six-sided die and move the Serving token along the designated path. The player can refuse to do so, however, but this allows the player’s opponent’s to move their own Reputation tokens a number of spaces as indicated by the die roll. If by some chance all the player’s opponent’s refuse to move their Serving token, the active player must move their Serving token, regardless of how they feel about it. 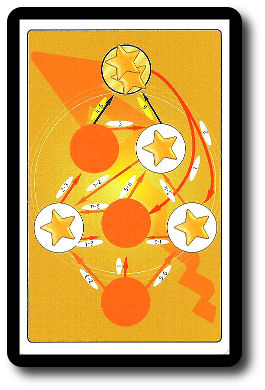 To learn more about Monster Chef, visit the game’s website.

The Child Geeks really liked the Ingredient cards, finding the idea of cooking with yucky and broken things to be very interesting. According to one Child Geek, “This is exactly how I would expect a monster to cook. Using a ripped off stuffed animal’s head is just so evil!” Even more entertaining than the ingredients was the completion of the dish and serving it. As one Child Geek put it, “It’s not enough to be the first out of the kitchen. You have to serve it to the right people, too.” All the Child Geeks found Monster Chef to be a fast game full of fun and oftentimes interesting decisions. While the heat in the kitchen certainly became unpleasant at times, the Child Geeks never felt burned. 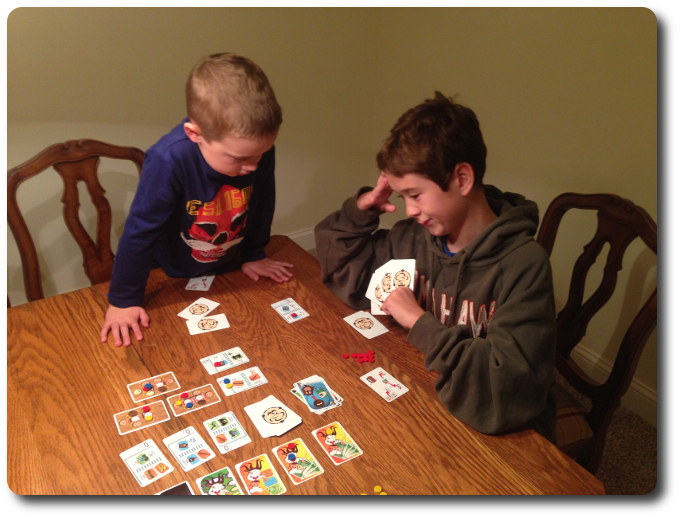 While my oldest son considers his options, his younger brother quietly whispers, “Hurry up!”

The Parent Geeks were pleased with the game, but the more advanced players found the game play to be too limiting at times. According to one such Parent Geek, “I don’t much care for the fact that I am forced to only work on one Recipe card at a time. I would rather multi-task.” Another Parent Geek said, “I would have preferred the ability to keep Ingredient cards after your turn is over. Right now I’m always given random cards that may or may not really help me.” While these limits were mentioned again and again, the Parent Geeks didn’t believe they reduced the game’s level of fun. They enjoyed playing it with their peers and with their Child Geeks, finding Monster Chef to be an entertaining game that had all the right ingredients for the family gaming table.

The Gamer Geeks did not care for Monster Chef, finding it to be  a game that lacked meaningful strategy, tactics, and depth of play. They also found the Monster Rage abilities to be insignificant and the random card hands each turn to be intolerable. According to one such Gamer Geek, “How am I expected to play the game in a strategic fashion if I am always dealt random cards? Oh, I guess I can’t.” Another Gamer Geek said, “This game just isn’t cooking for me. Each hand is something random, but I do like how we can piggy back off of other players.” When the dishes were cleaned and the kitchen closed, the Gamer Geeks all agreed to never play Monster Chef again.

Monster Chef is a game that is one part resource collecting and one part timing. You have to get the right Ingredient cards to complete your Recipe card. Once you do, you have to get it to the table and serve it to the right folks to earn the most stars. The game is more than just playing cards as a result, but at no time does it feel like a game of great depth. It’s all very fluid and the steps a player takes is more or less completely on rails. This reduces confusion, but it also removes the player’s ability to be tactical.

For many of our players, the game’s lack of depth and tactical play wasn’t that big of a deal. The Child Geeks very much enjoyed themselves and the Parent Geeks did, too, although the more advanced Parent Geeks did find the game to be a bit shallow at times. The Gamer Geeks were the least impressed, but then again, they usually are. Monster Chef lacked just enough to be seen as coming up too short to be of any interest to the gaming elitists.

As for me, I found the game to be enjoyable and forgettable. I liked how it played, but nothing about the game play really surprised or delighted. The game certainly plays well enough and can be fun, but it lacks certain qualities that made me want to go play it again. I believe this is mostly due to that fact that you can always see what’s coming and the inability to do much about it. Still, the game did have its moments and it was fun to play with the Child Geeks. Especially when a few of them left the table to go find their chef hats.

On a personal note, I highly suggest you download and print the online version of the game rules to save your eyes and sanity. The font size used for the game rules available in the box were too small for all the adults to read comfortably, but none of the Child Geeks had any problems.

If you enjoy games about cooking and competing with others, then Monster Chef is a game you should play. While it might lack complexity and rich game play, it should please the palate of any gamer who is looking to take a bite of a casual card game.