Five Reasons to Invest in Board Games 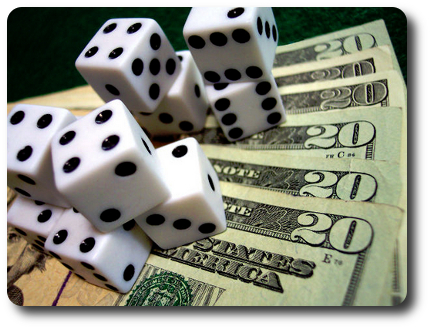 Let’s pretend you just found $50 and you can feel it burning a hole in your pocket. You have to spend the money today, but you want to spend it wisely. Before you think about buying a toy, a movie, or a video game, consider investing your money in a board game. Here are five reasons why your money will be well spent.

Board Games Are Always Compatible

Video games, movies, and music are all delivered using a format that will one day be obsolete. Past popular formats such as VHS tapes, cassette tapes, and laser discs have all been replaced. You should expect your MP3 player, your Blu-ray discs, and your computer to one day be replaced, too. Anything you buy today that requires specific technology to use will one day be unusable. The same cannot be said about board game. The oldest games in the world can still be played today. For example, Mancala, which was played as far back as the 6th century AD, is still being played around the world. When was the last time you bought anything that lasted that long?

Board Games Can Be Played Anywhere

Board games do not require electricity to play. All you need is a flat surface and people. This makes board games an investment you can use and use often. You can take a board game camping, up to the lake cabin, and to a friend’s house. You are not limited by infrastructure or capped by technology. If you have the time and a friend, you can play a board game. Heck, some games don’t even require a table!

Board Games Are Collectible

Some board games often go up in price, especially if they are popular and go out of print. For example, Milton Bradley released a board game titled HeroQuest in the early 1990’s. The game did well, but had a limited print run. You can no longer purchase the game and its expansions from a store, but you can still find copies for sale on eBay and Amazon.com. The game was originally priced around $25 to $35. The same game is now being offered anywhere from $100 to $400. While that might seem like a lot (and it is), the price is considered a great deal by board game enthusiast. Talk about a sound financial investment!

Note: There is no guarantee that the game you buy today will be worth more money in the future. The price of a game is dependent on many factors, including the condition of the game and its overall popularity. Don’t expect to get much for Hungry Hungry Hippos and goodwill your copies of Monopoly. Heck, goodwill all your old games so others can play them. You can claim your donations as a tax write-off, which is like putting money back in your pocket. You can also trade your old games with friends and family for new ones. Anyway you look at it, a board game is a good investment.

Want to see how much your collection of games is currently worth? Take a look at this online tool.

Board Games Make You Think

Every board game uses a system that guides the game play. A player is asked to win the game using the same rules their opponents are using. The trick is finding a better way to use the system to get an advantage over the other players. That takes a lot of logical and critical thinking. Players must use strategy and tactics to get the upper hand. Most games also use math, resource management, and require the players to read. A board game is a lot of fun, but it’s also a great creative workout for your mind. Your brain, like any other muscle in your body, becomes stronger the more you use it.

Board Games Bring People Together

Finally, and perhaps the most important, board games provide a social experience. You need others to play the game and to get involved. There are board games designed for 2 or more players, including games that are specifically designed for 10 or more players. Board games also break social and economical barriers. Rich or poor, young or old, a board game is compatible and inviting to everyone. You might not have anything in common with a stranger, but playing a board game with them will often result in a new friendship. Schedule a family game night and I guarantee you’ll be able to have a conversation with your teenager you don’t understand. This is because board games open doors, build bridges, and create connections between the people who share in the common experience the game provides.

Given the above, how are you going to spend that $50?

7 Responses to Five Reasons to Invest in Board Games