Getting Out of Collectible Card Game Hell 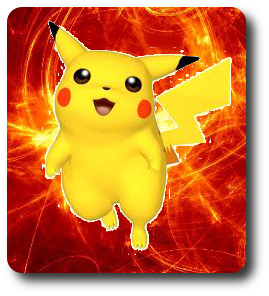 Quick question for you. I hate playing games with my kids. Hate. It. Not because I hate them, mind you, but because I hate the games they play! We are no longer playing Candy Land (thank the Maker), but my 6 and 7-year-old only want to play Yu-Gi-Oh and Pokemon card games! I had thought of getting them involved in the Living Card Games by Fantasy Flight Games, but the artwork is a bit “too much” for them, I think, as are the rules.

Not to worry, Garry. Check over the What We’re Playing page on Father Geek to see the kind of games we all have to play once in a while. Zingo, Hungry Hungry Hippos, all the standards are there. Some of us would welcome the chance to play Pokemon once in a while. My own 5-year-old (who is more of a gamer than my 8-year-old) still pulls out Candy Land and Chutes & Ladders pretty frequently. I used to dread it; but, like you, I’d bite the bullet and sit down and play through it as quickly as possible.

But something clicked one day. I suddenly realized my daughter was having fun. I think it was Chutes & Ladders. For some reason, I momentarily pulled my attention away from the game (which wasn’t hard), and away from my own misery (which was), and just watched her. She was thrilled. Every flick of the spinner, every move of the pawn, just missing a big slide, almost reaching the next ladder — this was an adventure for her.

And after a while, that excitement rubbed off on me. Not in the same way, of course, but I found myself getting vicariously excited through her. The games weren’t the center of the experience for me anymore, she was. After that, it didn’t matter which games we played. As long as she enjoyed it, I would, too.

At 6 and 7, Pokemon isn’t a bad fit for your kids. If playing the game is too tedious for you, you can still engage your kids in discussions about different deck building strategies and get them thinking about techniques that don’t come naturally to young minds, like taking cards out of their decks for the sake of efficiency.

The Living Card Games (LCG) from Fantasy Flight Games are a great idea for deck building practice, and as you know, the games are a little more interesting for adults. I don’t think most 6 and 7-year-olds would be able to grasp the game’s mechanisms, so I would recommend a cooperative LCG. Right now, that limits things to their Lord of the Rings game. If the artwork in that game is too much for them (I’d feel the same way with my kids), take a look at Fantasy Flight’s upcoming Star Wars LCG when that launches later this year. Last I heard, it was going to be a cooperative game like The Lord of the Rings.

In the meantime, a deck-building game like Dominion might be a good one to try. Its art is pretty harmless, the game play is quick, and if your kids can handle Yu-Gi-Oh, they can handle Dominion.

Puzzle Strike is another deck building game that might appeal to them even more. The art style will be familiar to them and handling the chips has a cool tactical element, but some of the game play can be a little hard to grasp. Still, I think I’d even recommend this one over Dominion for being a better fit for your kids.

Good luck with it, Gary. It can be monotonous and frustrating at times, but try to focus on what you’re really doing — you’re not gaming, you’re raising gamers. There will be a payoff someday.

Agree? Disagree? PRAISE US! Or, if you’d prefer, berate us for simply trying to sound all smart. Post a comment below and give Gary your thoughts!

10 Responses to Getting Out of Collectible Card Game Hell