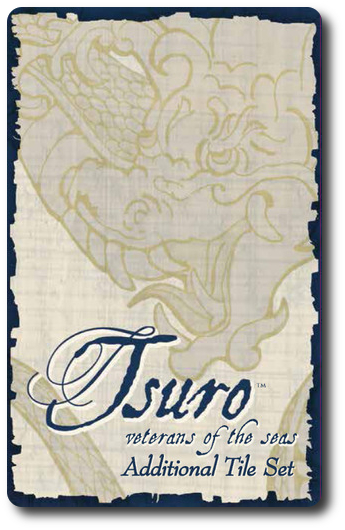 Mankind knows that certain acts are dangerous, but does them anyway. Jumping out of a perfectly good airplane, for example, with only a bit of cord and cloth stopping you from hitting the ground hard enough to go “splat”. That doesn’t sound like a good idea to me. I go through life doing all I can to AVOID being hurt or putting anyone around me in danger. And yet, I am a huge risk taker when it comes to games. One could easily say I do this because I really don’t have anything to lose. Which is true, but I wonder if my giddy little thrill of “pushing the envelope” is the same as a skydiver’s when they jump from a plane? Nah. Mine is a much bigger rush. This expansion adds more danger and risk at sea to an already risky game.

Tsuro of the Seas: Veterans of the Seas, designed by Tom McMurchie, Jordan Weisman, and published by Calliope Games, is comprised of 1 Mystic Portal tile, 2 Tsunami tiles, 1 Uzushio tile, and 5 Taihou tiles. The level of quality presented in the expansion is the same as the core game, Tsuro of the Seas, which is required to play.

This game expansion will allow the players to do two different things: add more randomness and improve the odds of ship survival. Veterans of the Seas is a bundle of small expansions. Each of which can be introduced separately or can all be used in a single game. This allows players to tailor their game playing experience, leaving out the expansion components they don’t want to use and adding in the ones they do. Each of the game expansion components are summarized here.

This tile, once played, allows players to teleport their ship to random locations on the game board using the 2 six-sided dice to determine the ship’s new location. Daikaiju are also teleported if they touch the Mystical Portal, meaning the Mystical Portal, once in play, remains in play. The Mystical Portal can also be “stacked on”, meaning other cards can go on top of it. Regardless of how many cards are on top if it, the Mystic Portal continues to function. This allows players an opportunity to escape troubled waters and hungry dragons, but where they end up is always random. And, sometimes, their new location is worse than their original location. 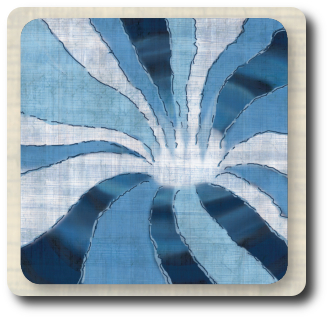 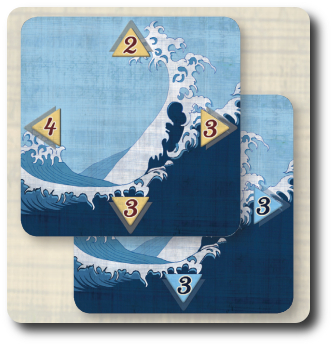 The Uzushio (or whirlpool) tile is another ocean threat. It’s shuffled into the Daikaiju tile stack and comes out into play at random. The Uzushio tile only moves when the Daikaijus do not move during a player’s turn and uses the same movement rules as the Daikaiju. The Uzushio is best thought of as the ocean’s “giant mouth” and it’s hungry. It will “eat” (and remove) any Wake tile, ship, or Daikaiju it encounters when it moves. Eventually (hopefully) the Uzushio will go off the game board. When it does, it’s removed for the duration of the game. 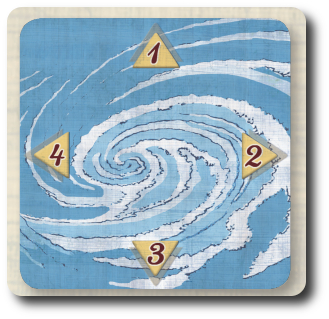 The Taihou (or cannon) tiles provide the players with a much-needed defense against the Daikaiju. The Taihou can be used to remove a Daikaiju from the game board if it becomes a real threat or is in close proximity to the player’s ship. While the Taihou is lethal, it’s also short-lived. They can only be used once and when fired they are removed from the game. 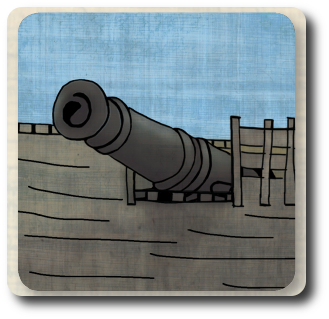 To learn more about Tsuro of the Seas: Veterans of the Seas, visit the game expansion’s web page.

This is an entertaining expansion, but it met with mixed results from our gaming groups. Turns out that Tsuro of the Seas is pretty much liked as it is today and a number of our players didn’t think it was lacking anything that needed to be addressed. The overall level of acceptance for each of the game components was fairly positive, but the level of enthusiasm for them quickly dwindled. According to one Parent Geek, “These new tiles are just adding more randomness and difficulty into a game that is already random and difficult. I don’t think it’s necessary.” A Gamer Geek said, “I really like some of these new tiles and would use them from time to time.” A Child Geek said, “I LOVE THE CANNONS!”

The expansion received a mixed bag of love and indifference. The endorsements from our groups accurately show that the expansion was neither rejected or approved, but simply passed over most of the time. All the players liked what the expansion was about, but didn’t feel the need to use it. And when they did, the bits they used reflected what the players thought were the most important aspects of the game the should be enhanced. For example, the Child Geeks were the only group to use the cannons, finding the Daikaiju to be a real bother. The Gamer Geeks enjoyed Uzushio and occasionally introduced the Tsunami. The Parent Geeks were big fans of the Mystic Portal.

What we have here is a game expansion that provides something for everyone, but not necessarily something that will be used by everyone. If you enjoy Tsuro of the Seas, the expansion should be a welcomed addition. Just don’t expect to use it often. When you do, you’ll be happy you have it around, but most of the time I think it’ll just live in the game box…unloved…and unused.

One Response to Tsuro of the Seas: Veterans of the Seas Game Expansion Review