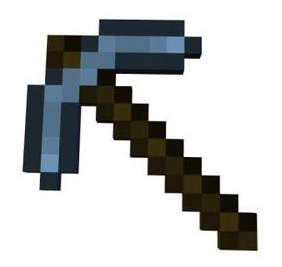 Minecraft is a video game where you can create whatever you want out of virtual cubic blocks. There are many people who have tested this statement and proven it to be true. Individuals and large groups have created incredible architectural works of art within the game. Not long ago, a small group of individuals started working on a project where the entire focus is on recreating locations from the well-known book and TV series, The Game of Thrones. This world they are creating, cube-by-cube, will then be used as a playable RPG server environment where anyone who has the Minecraft game can connect to it and play as a character in the world of Westeros. The project is under the creative title WesterosCraft. Do check it out.

The game can be played in two modes. These are Survival and Creative mode. In Survival mode, your goal is to stay alive by building shelters, finding resources, and surviving the night when monsters awake and go roaming. Resource management and collection is key. In Creative mode, you are free to fly around the world with limitless resources at your disposal without monsters harassing you. This makes one game two very different experiences. If a player is looking for a challenging experience where exploration and resource management is key to survival, than Survival mode is a must. If the player is looking for a more casual and creative experience where they are free to build and do anything they like, then the Creative mode will be greatly enjoyed.

Minecraft doesn’t target any specific audience or age range. It’s a game designed for everyone, regardless of age or video game experience. The game play is easy and the controls are intuitive. There are grandparents playing the game with their grandchildren, either over the internet or siting side-by-side. The game isn’t violent (unless customized by the owner to be so) and is very casual by default.

Not All Objects are Cubic Blocks

There are many objects and tools available to the player in the game, but the majority of them cannot be simply found. The player must collect basic resources and then create them. This is referred to as “crafting”. As a result, crafting is a major component of Minecraft’s game play. For example, if the player wanted to create a bed, they would need to collect wool and planks of wood. Planks can be harvested from trees using an axe (which you must build) and wool comes from the cubic sheep found scattered around the world. Once the player has the necessary resources, they must use a crafting table and put the individual resources in the correct order. If they do so, a bed is made! If not, looks like the player’s character is going to sleep on the floor. 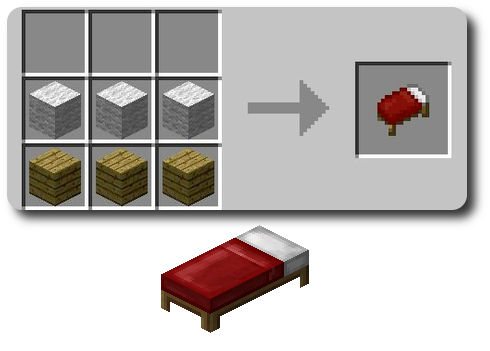 The crafting system allows the player to tailor their world to their needs and to create objects that are much more interesting and useful. Given this, it is technically incorrect to suggest that Minecraft is a world created entirely out of blocks. Yes, the majority of objects in the game are comprised of cubes, but it doesn’t have to be that way. Players can even install texture packs that will change how the blocks look, giving all players the ability to not only create objects, but tailor how they look in the game, too.

With Minecraft, the only limits are time and imagination.

A Cube for One or Thousands

Minecraft supports both single and multiplayer game play. The most popular option is to play online together with friends. To ease the process of finding a server to play on, fans of the game have created server lists. Most of the time, these lists are organize and ranked by server popularity. Normal metrics used to measure a server’s popularity are votes from the gaming community, the server’s uptime (availability), and how many players are playing at any particular time. Unfortunately, there is no universal format to create a server list or to suggest how it should be organized. This can create confusion and delay for players.

MinePick is a server list which focuses on how many votes a server has (user popularity), but will soon also have a more advanced system for server ranking. MinePick is open to the public and anyone can freely add their own server or their favorite to the listing as long the server is online. If it is when the submission is sent, it will be automatically accepted and made available. The staff at MinePick are working hard to  improve their offering and will continue to make improvements for the betterment of all Minecraft enthusiasts.

If you think Minecraft is something you’d like to try, you can play a demo or buy it at Minecraft.net. If you do decide to purchase it (good choice!), take a moment to visit MinePick and explore the many wonderful servers available to play on!

John knows a lot about Minecraft and is just as enthusiastic to play the game as he is to share it with others.

This is a sponsored post. For details, see our very dry Legal Disclaimer.
View all posts by Sponsored Content →

2 Responses to Introducing MinePick: A Comprehensive Server List for Minecraft