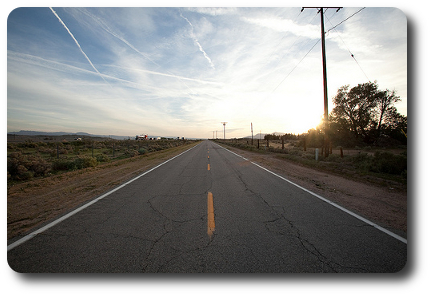 So, you’re gearing up for a family road trip, eh? You’ve got the iPods. You’ve got the cell phones. You’ve even got a couple of videos to take along. But back when you were growing up, you didn’t have these things to entertain you. No, you and your family had to find ways to pass the time by communicating with one another. It was a positive experience and you’d like for your kids to share it. Plus, just because they’re on summer break doesn’t mean that their brains should be. It certainly wouldn’t hurt if you could play games that are somewhat educational, making the long car trip feel shorter.

You’re in luck! Below are five easy educational games for long summer car trips that are fun enough to have your kids not check their Facebook profiles or send out a tweets every five minutes.

Hold Your Own Spelling Bee

OK, if you were to tell your kids, “Let’s all have a spelling bee!”, they’re probably not going to be all that thrilled. But, if you break them down into pop-culture categories, that might be enough to pique their interest. Start with spelling the names of their favorite musicians, movies, and video games. Let each person take a turn by being given a word (or name or title) and the first one to misspell the word is out for the first round. It brushes them up on their spelling and gives you a bit of insight on what’s current these days.

If your kids are older, they’ve probably had a creative writing class or two. It’s a great way to develop their writing skills while tapping into their vast imagination. One benefit that comes with playing a storytelling game is that it does the exact same thing, only verbally (which is good when it comes to learning more about public speaking). Have someone start the story by providing the first couple of lines and then the next person can add to it. Before long, you’ll have a tale everyone is so engrossed in they don’t notice they’ve been telling it for hours.

One game that can encourage kids to look on the brighter side of life is to play Glass Half Full. To play, each person gets an opportunity to make a statement about something that is not so great. It could be a class that they don’t like in school or a news story that they’ve read. Then it’s the listeners task to offer the “glass half full” perspective on the matter. For instance, if someone says, “I hate riding for a long time”, someone else could say, “But it’s a great way to hang out with the family.” Life is going to be filled with tons of “glass half empty” moments. It’s wise (and healthy) that kids learn how to see the positive as early as they can.

While a lot of us have electrical navigation systems, it can still be beneficial for kids to know how to read a map. Take out a couple of them to instruct your kids on how to track where they are going. As they are following along, allow them to use a marker to point out certain exits, mile markers, restaurants, or rest stops. For the older children, have them tally up how many miles (without the calculator on their cell phones) that are left to go in-between stops. For example, between Charlotte and Boston. For each correct answer, they earn a point and the person with the most points can win a prize at the end of the trip.

Here’s another kind of game that can have a prize offered at the end. For the younger kids, give them each a certain color car to look for and encourage them to count as many cars of that hue that they can until they reach the highest number that they know. For older kids, assign them a color and a number target. For example, the first person to see 20 black cars can pick the fast food restaurant to eat at or the first one to spot 30 red cars gets to decide what kind of music to listen to for the next hour. It’s a simple game, but it does inspire them to be attentive and alert — which is exactly what they will need to be when they return back to school in the fall.

Evan Fischer is a freelance writer and part-time student at California Lutheran University in Thousand Oaks, California. He enjoys writing about the latest tech news for a variety of companies and discovering new and innovative gadgets.

This is a sponsored post. For details, see our very dry Legal Disclaimer.
View all posts by Sponsored Content →