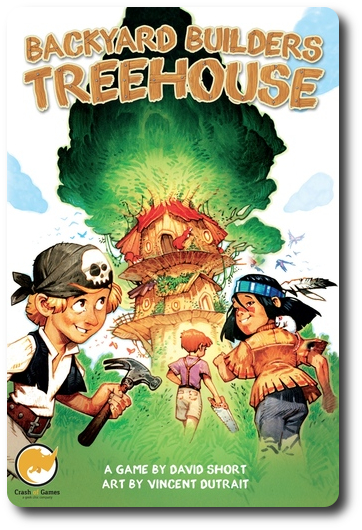 If you are going to build a treehouse, you need to build it right. This means adding a rope ladder, a lookout post, a marshmallow sentry gun, a juice bar, and various other “necessities”. In this game, each player will be tasked to create a treehouse of their dreams, but each must meet certain construction standards. Careful how you build, as decisions have long-lasting impacts.

Backyard Builders Treehouse, designed by David Short and published by Crash of Games, is comprised of 1 Hammer token, 5 Ladder cards, 15 Achievement cards, and 32 Treehouse cards. The Hammer token is a miniature wooden hammer and the cards are as thick and as durable as your standard playing card. The artwork by Vincent Dutrait is colorful and vibrant, giving each floor of the treehouse unique character and decor. On a side note, Backyard Builders Treehouse is a re-implementation of Yardmaster Express.

To set up the game, first give each player 1 Ladder card, placing any unused Ladder cards back in the game box. The players place their Ladder cards in front of them as close as possible.

Second, set aside all the Achievement cards and remove the 8 “Purple” Treehouse cards if only playing with 2 players.

Third, shuffle the remaining cards and place the deck face-down and within easy reach of all the players. This is the draw deck for the duration of the game.

Fourth, determine who will be the first player and give them the Hammer token. The first player now draws 1 card for every player in the game, creating their starting hand. The First Player should keep their cards hidden.

That’s it for game set up. Let’s begin.

A Treehouse Made of Dreams (and Plywood)

Backyard Builders Treehouse is played in turns. On a player’s turn, they will complete 3 sequential steps.

The first thing a player does is draw 1 card from the draw deck, adding it to their hand of cards.

From their hand of cards, the player must play 1 card to their Treehouse. Cards can either be played face-up or face-down. 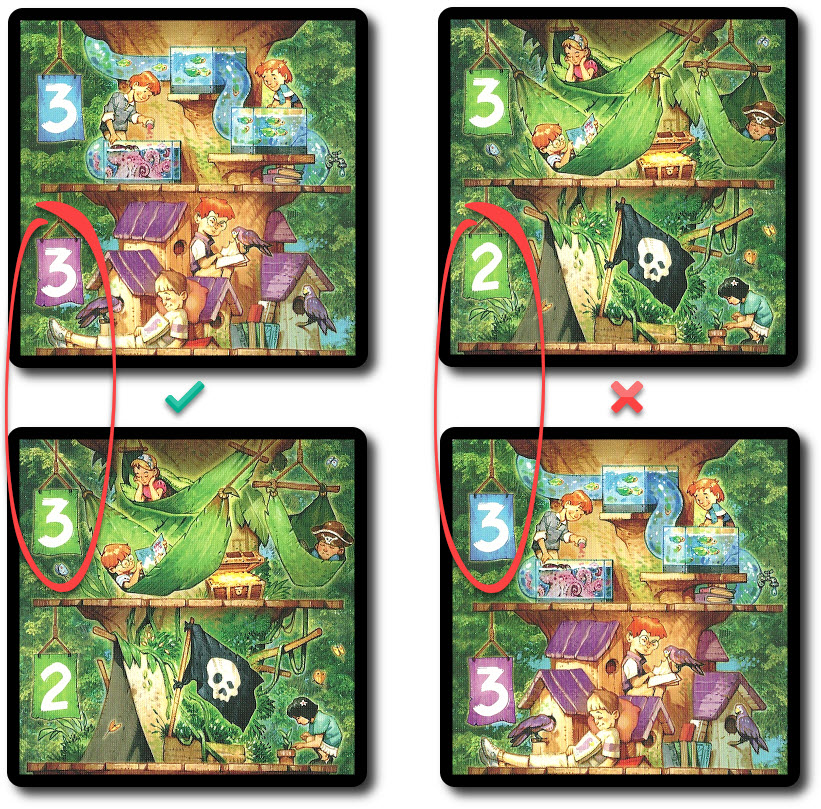 Cards played face-down are considered “Wild”, as is the Ladder card. When played as a “Wild”, the color and the numbers do not need to match. 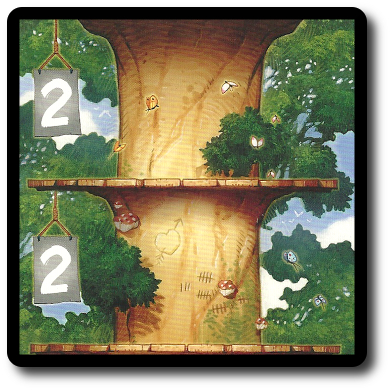 When the player is done playing a card to their Treehouse, they take the remaining cards in their hand and pass them, face-down, to the next player in turn order sequence.

This completes the player’s turn. The next player, who now has the remaining hand of cards, now takes their turn starting with step 1.

A Treehouse Fit for Zeus!

Backyard Builders Treehouse comes with an expansion that introduces Achievement cards. Achievement cards are chosen at random during game set up and direct the players to complete a certain challenge. At the end of the game, any player who has satisfied the conditions stated on the Achievement card is awarded additional points. 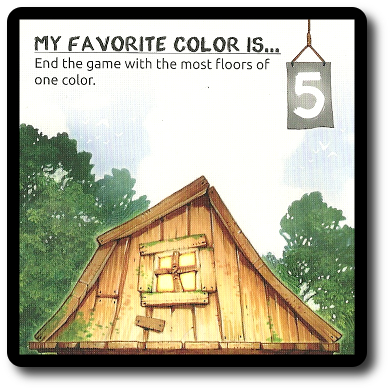 All but 2 of our Child Geeks were familiar with Yardmaster Express, allowing us to quickly teach and play the game. Again, the Child Geeks focused on what was “important now”, versus attempting any long-term strategy with the their treehouse builds. Which makes total sense with the card drafting mechanic the game uses that constantly changes the cards available. According to one Child Geek, “You can only guess what cards you’ll have next time. It’s best to choose the best card you have in front of you at all times.” This, again, lead to the Child Geeks discussing if they had any real choices to make in the game. As one Child Geek put it, “Sometimes you only have 1 card to play and that’s a Wild. You can always play a card, but you don’t always have any real choices to make.” Regardless, the Child Geeks still loved the game and found the game play to be fast and fun. They all voted to approve Backyard Builders Treehouse. 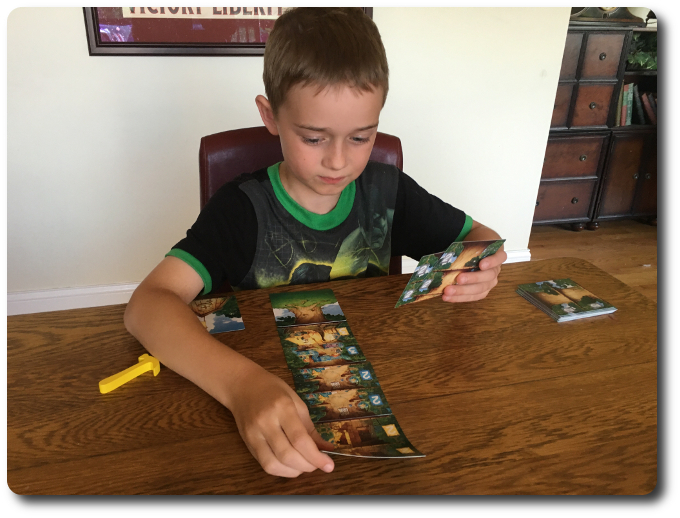 Fun and easy, the Child Geeks enjoyed building their treehouses

The Parent Geeks also enjoyed the game, finding it to be casual and an easy game to play with their family. The card drafting mechanic is always a winner with the Parent Geeks, but they too mentioned the lack of decision making in the game. According to one Parent Geek, “A fun game, but really simple and almost a no brainer at times. You can play this game with very little thought.” Which sounds fairly negative, but the Parent Geek in question actually meant it as a compliment. Turns out that what the Parent Geeks liked the most about the game was how straight forward it was. As one Parent Geek put it, “Sometimes you just want to play a game that is easy, fun, and gets the job done!” And on that note, all the Parent Geeks voted to approve Backyard Builders Treehouse.

The Gamer Geeks found Backyard Builders Treehouse to be too simplistic and way too light for them to take any interest in it. According to one Gamer Geek, “Just matching numbers and colors isn’t what I would consider a ‘good game’. Plus, you don’t have to think in this game other than the very little brain power you use to match colors or numbers.” It’s not that the Gamer Geeks found the game to be disappointing. Far from it. They believed the game was well designed and good for what it was, but it wasn’t a game for gaming elitists. As one Gamer Geek put it, “This is a great game for family and kids, but not for a gamer who likes to think hard about their next move and attempt to outsmart their opponents. This is not that kind of game.” All the Gamer Geeks gave a respectful nod to the game and it’s designer, but did not welcome Backyard Builders Treehouse to their gaming table.

It’s difficult for me to objectively review this game since it’s really little more than a re-themed version of another game I have already played and reviewed. It’s like asking someone to review the difference between different colored M&M candies. On the outside, very different. On the inside, they are identical. The same goes for Backyard Builders Treehouse and Yardmaster Express. These are the same games except for the following differences:

And that’s it. The games are identical for all other practical reasons. So, given that, how do I feel about Backyard Builders Treehouse? The exactly same as I feel about Yardmaster Express. Which is to say, if you like casual card games and treehouses, where the choices you make may or may not come back and haunt you, and there is always a way to score a few points, then do take a look at Backyard Builders Treehouse.