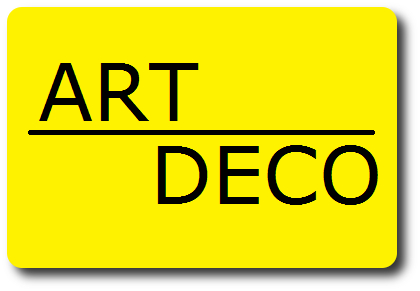 Your crazy Great Aunt Hattie has passed. Honestly, you thought she’d bury you all, but age and those 10 cigars a day finally caught up with her. After the exceedingly expensive funeral, you and other family members gather to hear the reading of the Will. The lawyer clears his throat and reads the first line of the legal document out loud: “My dearest relatives, I have one last game I want to play with you…” What is your Great Aunt up to now?

Art Deco, by Terran Games, is comprised of 50 cards that depict various Art Deco illustrations made popular in the 1920’s, 2 standard six-sided dice, 4 standard eight-sided dice, 5 standard ten-sided dice, a set of Poker chips (50 white, 50 red, 50 blue, and 50 green), and an aluminum case that fits all the game components. 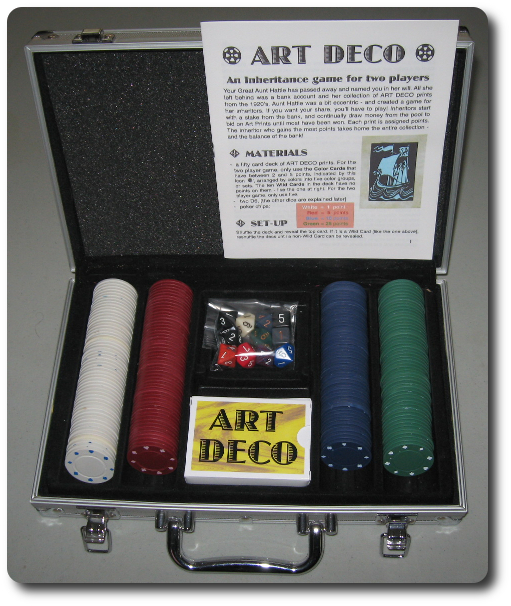 Second, give each player a number of Poker chips and a single die depending on the number of players.

Third, and only if playing a 2-player game, remove 5 Wild cards and all the Art Deco cards that are worth 6, 7, and 8 points. These cards are removed for the duration of the game.

Fourth, shuffle the deck of Art Deco cards thoroughly and place the deck in the middle of the playing area, face-down.

You are now ready to play for your inheritance! Determine who the first player is and begin.

The game is played with all the players participating at once with each card being the focus of the player’s attention. A typical game round goes as follows.

First, draw and reveal the top card from the deck. If the revealed card is a Wild card and this is the first card to be revealed in the game, reshuffle the deck and draw again.

Second, each player now has a chance to either bid on the card or pass. To bid, the player must have at least 5 Poker chips. Bidding is done using the dice.

A new card is now drawn and the steps above are repeated for the next card drawn unless the endgame condition is met.

For a 3 to 5-player game, the steps above are followed, but a player will need 8 chips to bid on a Wild card for a 3-4 player game and 10 chips for a 5-player game. When paying the bid, opponents who lost the bid still get paid, but out of the whatever would have gone to the “Bank”. For example, if the highest roll was an “8” and the lowest was a “2”, the difference would be “6”. The player would pay a total of “6” chips, but out of those six, each opponent would be paid 1 chip with any remaining chips being given to the “Bank”, even if they didn’t roll. Additionally, when ties are rolled with the highest values, each player who rolled for the card will collect double the total of the tied values.

A flipped over Art Deco card will double the total of a scored row at the end of the game, making it an excellent investment for a possible future victory.

The game ends when the last card in the deck is revealed and bid on or placed in the discard pile. Players will now organize their Art Deco cards into rows with each row representing one color. Any Art Deco card that was flipped over, is now flipped back, but tilted on its side (sideways). Scores are completed by adding up each row and then adding the total of all the rows, plus any remaining Poker chips. It might help the Child Geeks to have a piece of paper and a pencil handy. Scoring is completed as follows.

Once all the rows have been added, the player then adds a number of points equal to their total remaining Poker chips. For example, if the player had 5 Poker chips left, they would get an additional +5 points.

The player with the most points is the winner of the game.

Art Deco looks to be an easy game to teach and to play. Because there is no reading necessary and players do not have any hidden information, this game can also be taught and played at the same time with little geeks. The only aspect of the game that will be complicated is the final scoring, which appears to be somewhat cumbersome based on just reading the rules. Cumbersome or not, the final score can be calculated by a parent or an opponent without altering the game play experience for the individual player.

Teaching the game is a breeze. Really, all I did was tell my players, “This is a set collecting game where you will be buying cards using your Poker chips, but the price of any one card is not fixed.” This appealed to many of the players right from the start. Some of our test groups are somewhat burnt out on card games as of late, but Art Deco is a very straight forward game, fast, and with a very easy learning curve. The primary focus when teaching the game should be on resource management. Players will get a Poker chip just about every round if they don’t bid, but their “money” will quickly run out which will result in the player being unable to bid. Focus should also be put on set collecting and knowing when to double-down.

While I have no doubt this game will appeal to the Parent and Child Geeks, I don’ think the game has enough depth to be of interest to the Gamer Geeks. While the game does appear to be solid and there is a great deal of emphasis on resource management (something Gamer Geeks always enjoy), the game itself will most likely fail to engage the game elitists. Critical thinking is necessary, but not much in the way of tactics or strategy.

And so, after teaching the game to the my 5-year-old and my 8-year-old, I asked them their thoughts on Art Deco while I reshuffled the deck.

My little geek art collectors are ready to play. Let’s see if the game is worth the time we spend playing it.

The Child Geeks very much enjoyed Art Deco and did a fantastic job of playing it. The older Child Geeks did a better job of managing their resources and made smarter bids for cards, but the younger Child Geeks held their own and remained competitive. It became clear to all the Child Geek players that buying a lot early on wasn’t such a good idea and they began to focus on just specific cards. This is what I was hoping they’d see, but was pleasantly surprised how quickly they came to their own conclusion. After several games, the Child Geeks were making smart bids, managing their Poker chips effectively, and were demonstrating excellent set collecting. Every Child Geek we played the game with fully endorsed and approved of Art Deco. We found the game could be played with Child Geeks as young as 5-years-old without issue, but they needed help with their final scoring and the game did take a bit longer to allow them time to count their Poker chips. 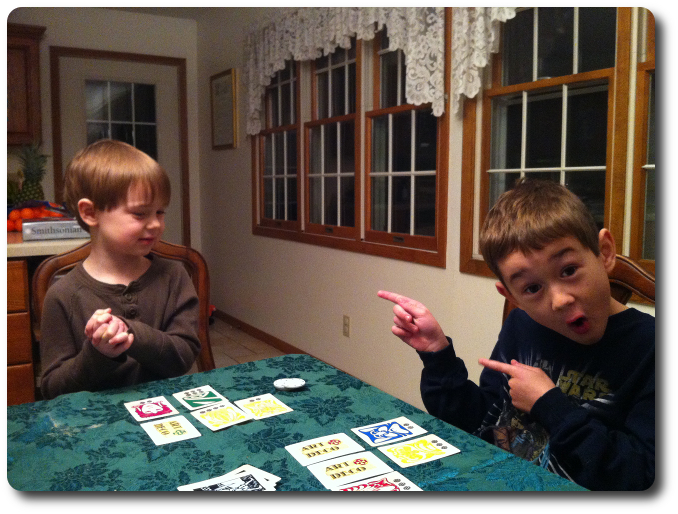 The Parent Geeks were just as happy, if not happier, with Art Deco. The game did very well on the family gaming table with their Child Geeks and within their own peer group. Regardless of the age or skill of the players at the table, Art Deco pleased all who played it. The more experienced Parent Geeks thought Art Deco was borderline too easy at times, but a fun game. The non-gamers thought Art Deco was surprisingly tricky at times and devilishly hard to determine what to bid for and when. Regardless, both groups fully endorsed and approved of Art Deco saying it was an excellent game for the family and friends.

Gamer Geeks understood how to play the game, played it, acknowledged that it would be fun to play with their family, and left it at that. They didn’t endorse it at their level of game eliteness for two main reasons. First, they found the game to be a bit shallow. If a game lacks depth of strategy and tactics, it seldom holds the interest of a Gamer Geek. Second, the rolling of the dice to determine who wins a bid really annoyed them. They would have preferred the bidding to play out like a real bid, with each player upping the value of the cards until players could no longer afford to bid on it.

I really like Art Deco and think it is an excellent game for the family and to play with other Parent Geeks. The game plays fast and is very enjoyable. Since there is no hidden information at the table, I can use what I know about my opponents to make smart choices on bids and to provide the occasional helpful suggestion to other players when it is called for. The bidding aspect of the game left me lukewarm like the Gamer Geeks, but I think it is an excellent game mechanism that reduces the complexity of the game without reducing a player’s effectiveness or buying power. In the end, I found Art Deco to be a unique and stylish blend of traditional set collecting card games with light resource management thrown in to make each play something the player must really think about. Do I roll the dice and buy the card or do I hold off in hopes of an even better card coming up? How many cards are left in the deck and do I have enough time to build up my sets? How many reds do my opponents have? If they have a lot, I know that color is being contested and I should avoid it. See? Lots to think about, but nothing ever felt like a burden or was too complicated for any of our players. From start to finish, I had a fun time.

If you are looking for a quick set collecting card game for the family and friends with light resource management, do take a look at Art Deco. I’ve enjoyed it and I’m betting you will, too.