Please Take Note: This is a review of the final game, but it might change slightly based on the success of the Kickstarter campaign. The game is being reviewed on the components and the rules provided with the understanding that “what you see is not what you might get” when the game is published. If you like what you read and want to learn more, we encourage you to visit the game’s website. Now that we have all that disclaimer junk out of the way, on with the review. 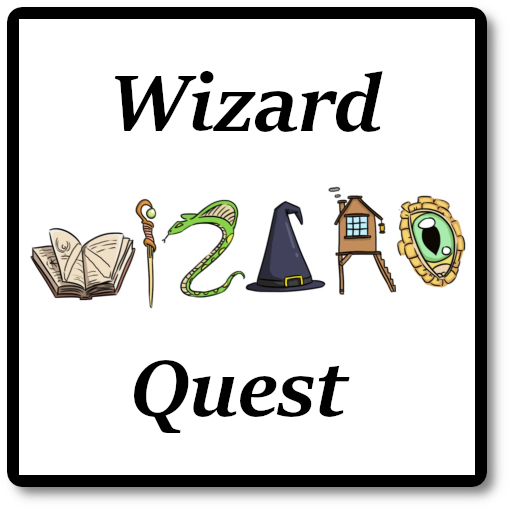 United States Secretary of Health, Education, and Welfare (HEW) under President Lyndon Johnson, John W. Gardner, said “Excellence is doing ordinary things extraordinarily well.” But what if your “ordinary” is already “extraordinary”? In this school of magic, to be the very best, you must prove that you not only have what it takes to control immense magical powers, but also have the wit to know when to focus on your own goals or see the goals of others as a means to personal success.

Wizard Quest, designed by Nathaniel Westfall, Cassey Westfall, Samuel Summers and to be published by Ravenhold Games, will reportedly be comprised of 20 Hero cards, 56 Quest cards, 42 Spell cards, 60 Event cards, 150 Quest tokens, 200 Gold tokens, and 75 Spell tokens. As this is a review of a prepublished game, I cannot comment on the game component quality. In addition, the review copy we were provided was a print-n-play (as in, we printed and played it). This was clearly communicated to our reviewers so as to ensure their feedback regarding the game was not influenced by our really crappy printer quality.

To set up the game, first separate the Hero, Quest, Spell, and Event cards into separate decks. In addition, separate the Spell cards into a Spell and High Spell deck. Shuffle all decks and place separately, face-down, in the middle of the playing area. The one exception is the High Spell deck, which should be placed face-up. These are the draw decks for the duration of the game.

Second, deal each player one Hero card and one Quest card. Players place these cards face-up in front of them. The Hero card represents the wizard the player is acting as during the game. Each Hero card has a special rule that must be followed during the game. 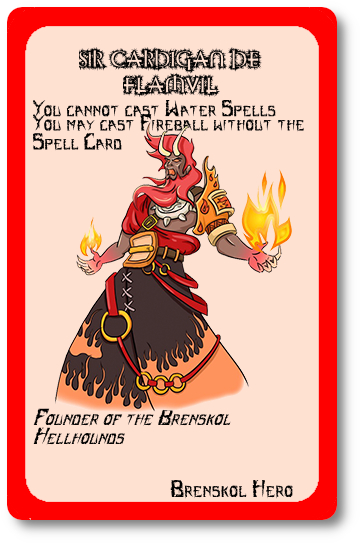 Third, give each player a number of Gold tokens. The number provided to each player is based on the number of players in the game. Place the remaining Gold tokens, Quest tokens, and Spell tokens into piles next to the draw decks to create the token pools.

Wizard Quest is played in turns with no set number of turns per game. A player’s turn is summarized here.

The player may now take several actions and in any order. The actions available are as follows.

Spell and High Spell cards go into the player’s hand (Hero and Quest cards always remain face-up in front of the player).

High Spell cards are face-up. The player may look through the High Spell draw deck to find the spell they want and buy it.

When the player casts the spell (be it a normal spell or a high spell), they receive the listed reward. The card is then discarded. 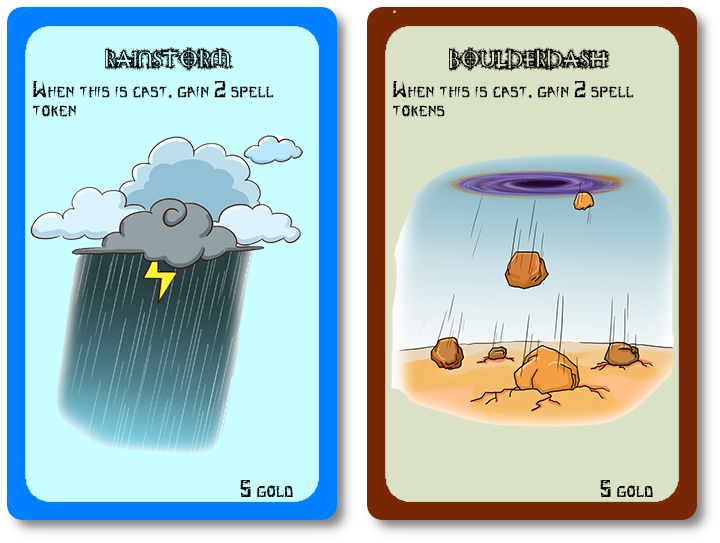 Completing an open quest awards the player with the indicated Gold tokens. However, only the owner of the open quest receives the noted Quest tokens. The Quest card is then discarded and a new one is drawn by the owner.

Completing a solo quest awards the player with the indicated Gold and Quest tokens. The Quest card is then discarded and a new one is drawn by the owner.

Completing a cooperative quest awards not only the player who completed it, but all the other players who have helped contribute to its completion, as well. The awarded Gold tokens must be distributed as evenly as possible among all the players who contributed. Any remaining Gold tokens that cannot be equally divided are awarded to the owner of the Quest card. In addition, only the owner of the Quest card receives the noted Quest tokens. The Quest card is then discarded and a new one is drawn by the owner.

When the player has completed all the actions they can and want to, they announce their turn is over and discard the Event card they drew at the beginning of their turn. It’s now the next player’s turn in turn order sequence.

And Your New Headmaster Is…

The game continues as noted above until a player has earned a required number of Quest tokens. The number required is based on the number of players. Alternatively, the game can end when the Event deck is depleted. Instead of reshuffling the Event cards when there are no more cards to draw, the game ends and the winner is the player with the most Quest tokens. Or, if the players agree, the first player to cast a High Spell card successfully before any opponent has twenty or more Quest tokens is the winner.

To learn more about Wizard Quest, visit the game’s website.

The Child Geeks enjoyed themselves, collecting magical spells, firing them off, and completing quests. The game was very easy for them to learn and they quickly demonstrated that they understood everything there was to know about this wizarding world. According to one Child Geek, “I like the game. It’s fast and you only need to focus on completing quests. Makes it easy to keep track of the how to play.” Another Child Geek said, “I felt like a witch when I played and I like that the quests can be something you can complete with a friend.” The only aspect of the game the Child Geeks did not like was the lack of artwork on the print-n-play cards we provided. They knew not to concern themselves with the component quality, but nevertheless went about adding their own artwork to the cards. The final result was a successful casting of awesomeness from the Child Geeks’ perspective.

The Parent Geeks appreciated how easy the game was and how you could play it with the family with little difficulty, but found the game to be mediocre. According to one Parent Geek, “I am a big fan of games I can play with my kids and this game certainly allows me to do that. I just felt that throughout the entire game, all I was doing was picking up a card, doing what it says, and then playing another card to collect another card. Didn’t feel like magic to me.” Another Parent Geek said, “Five stars for being a game my kids liked, but only a star from me. The game isn’t what I would consider entertaining or engaging from an adult perspective.” All the Parent Geeks agreed with their Child Geeks that they game was great…for the kids. For the adults, not so much.

The Gamer Geeks, as you can imagine, had little to say about this game that was positive. The gaming elitists, who eagerly seek out challenging strategy and tactics found that Wizard Quest was anything but magical. According to one Gamer Geek, “A game I think that still needs lots of work. It is playable, does the job, but in the end, I wanted the game to be so much more.” Another Gamer Geek said, “Really simple, really straightforward, and really boring. This is not a game for gamers. It’s a game for kids or people who are not familiar with games.” None of the Gamer Geeks believed that Wizard Quest was a game they would seek out again and banished it from their table with a buff of disillusioned smoke.

Wizard Quest is simple. So simple, in fact, you can teach it in less than a minute. The nice thing is, however, the games last a lot longer than that. Which is a good thing, as the game requires the players to build up their resources in order to win the game. Having three different approaches to winning turned out to be a real blessing in disguise, as the players sometimes cannot get the cards they need. Having different avenues to victory lets the player shift gears when needed, allowing them to always move forward without feeling stuck and unable to advance in the game.

Wizard Quest does feel to be lacking something. Not that it is, mind you. It’s a complete game. But like the Gamer Geeks and the Parent Geeks, I kept asking myself, “Is this it?” Turns out, yes, that’s all there is to it. It’s not a complicated game and I don’t think it was designed to be so. It has a simple approach that it hopes is fun for the player, focusing more on the speed of the game and player interaction rather than depth and complexity. For our Child Geeks, this was exactly what they wanted. A game that moved at their speed and interacted with them, demanding little more than their time and attention.

If you are looking for a new game about magic, where cooperation can bring about personal and group success (but you have to watch how much), and you are always able to look ahead to the next move, then do try Wizard Quest. I do believe your little witch or wizard will have a good time. For the older arch mages and supreme witches, you won’t find much charm here.