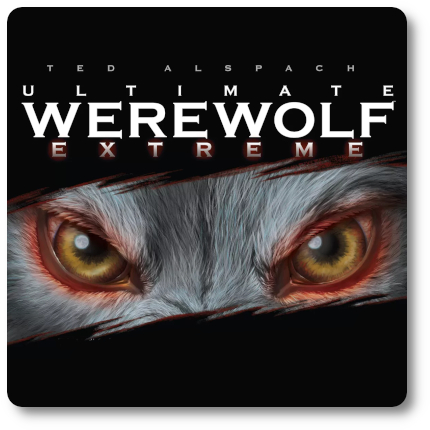 American biologist and professor of Integrative Biology, Tyrone Hayes, said: “The secret to a happy, successful life of paranoia is to keep careful track of your persecutors.” In this game, players will need to defend themselves from a persecuting mob while trying to root out murderous werewolves or be the very thing that is causing the chaos and hide among the villagers. This is a classic game of social deduction, bluffing, and survival. So sit down with your friends, open this box of cards, and get ready to create great memories and damage a few relationships along the way.

Ultimate Werewolf: Extreme, designed by Ted Alspach, Aaron Newman and published by Bézier Games, is comprised of 88 Role cards, one Ivory Tower token (large), one Moderator scorepad, a handy getting started guide, and a role reference guide. Illustrations by artists Simon Aan and Christine Mitzuk are excellent, bringing additional thematic elements to the already heavily ladened narrative of the game. Not included is a pen or a pencil if you want to keep score using the provided Moderator score pad. There is also an optional (and by optional, I mean not needed to play the game whatsoever) companion application you can get for your smartphone that will act as a proxy to the Moderator role and provides tools for the game.

Ultimate Werewolf: Extreme is an updated and expanded reimplementation of Ultimate Werewolf, a reimplementation of Are You A Werewolf? which we have reviewed. Rather than go over the rules again here, we will focus only on what this new ultimate extreme version has to offer. Please refer to the Are You A Werewolf? game review for details on how to play the base game.

Ultimate Werewolf: Extreme is packed full of mechanics that will be intimidating to anyone not familiar with the basic game. This is not by design but by necessity as this new version has a great deal to offer and acts as a launching pad for additional expansions. Indeed, the box in which the game comes in is exceedingly generous with its room to fit the provided game components because the box is intended to fit everything else the company hopes you will purchase to further the game’s experience. Smart move, that.

Let’s break it down, so you know what you are getting into…

Lots and Lots of Player Roles

There are several old favorites and new faces in the Role cards for the players to enjoy. Each is summarized here.

The classic game of Werewolf is always played using Werewolves who hunt and the Villagers who get eaten. 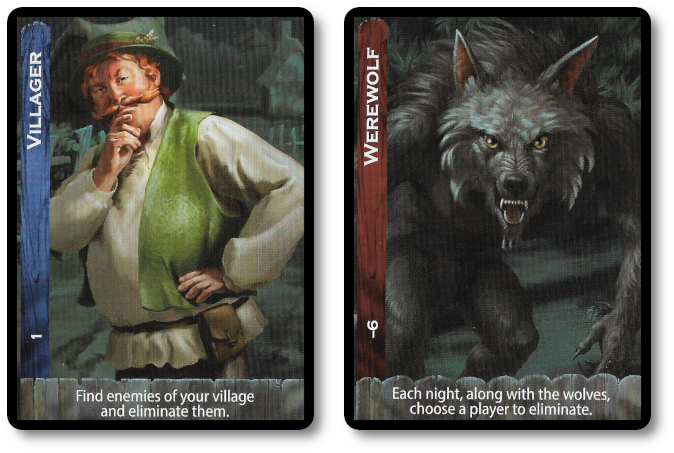 As if Werewolves were not enough, there are even nastier things lurking in the forest around the village, just waiting for an opportunity to taste blood. 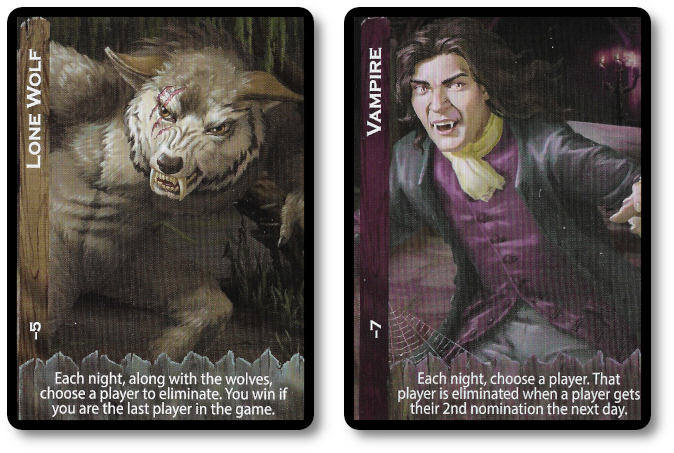 The natural and unnatural beasts that live in the forest or are hidden among the Villagers all fear those who hunt them. 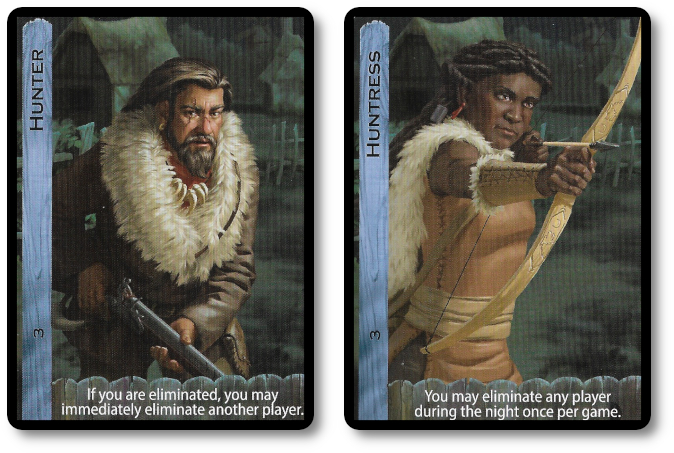 Blessed with abilities to see the unseen, this group of roles brings plenty of benefits to the Villagers and makes the player a real threat to the Werewolves. Unfortunately, this often results in the players being eliminated quickly, requiring them to hide in plain sight. 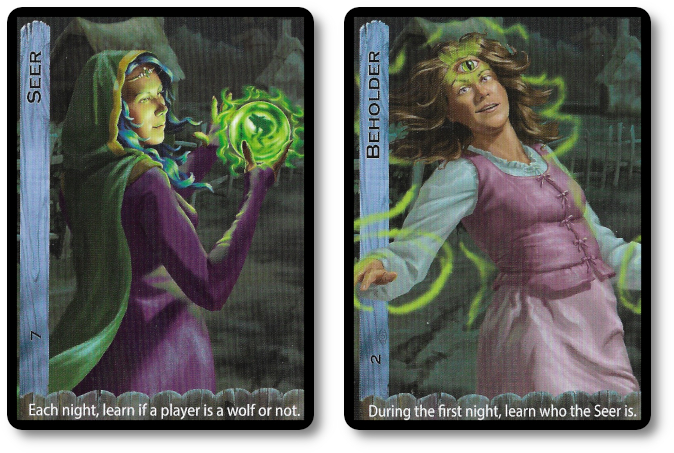 Magic is alive and well in this game but not trusted, forcing those who play the following roles to do all they can to save the village, but under cover of darkness and secrecy. 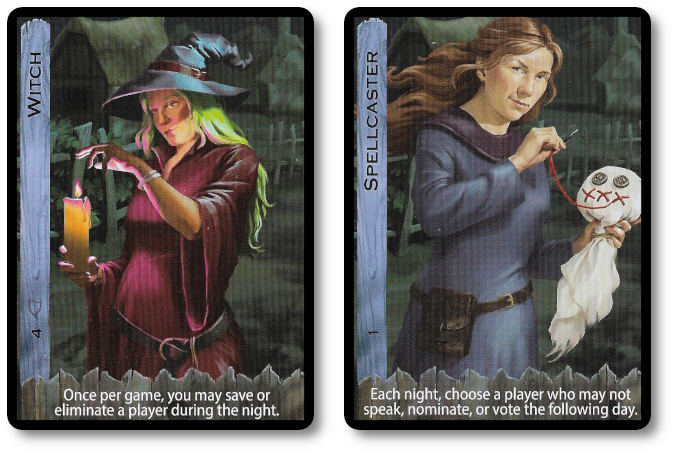 The Village can play host to royalty as well as murderous beasts, but like the werewolves, these visitors are not necessarily welcome. 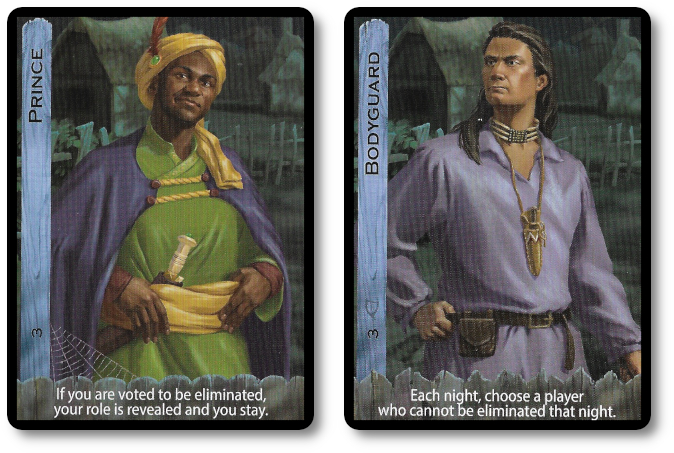 Every village has its idiots and troublemakers, and this village is no exception. 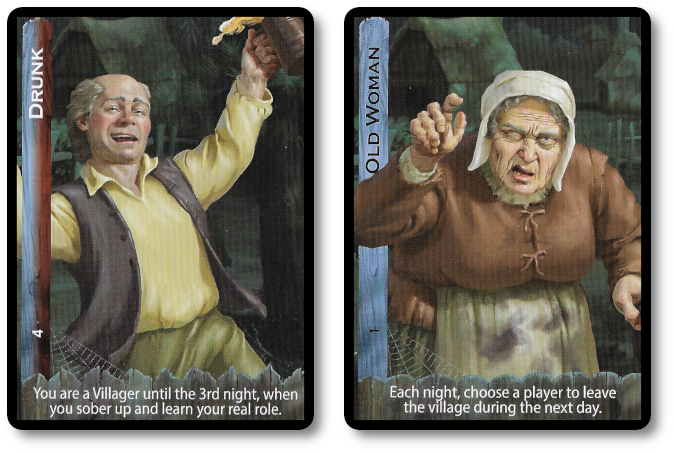 A Few Additional Items to Note

Included in the game is the Ivory Tower, which is a large cardboard cutout. It’s intended to be given to the first player eliminated from the competition, which is not a great position to be in. However, the tower holder becomes immune from elimination during the first round of the next game.

On the back of each of the cards is a micro QR code. If used with your smartphone and the free Moderator application (see your device application store for specifics on obtaining), additional information about the role is provided.

The box the game comes in is very roomy and is intentionally meant to hold two expansions players can purchase. Ultimate Werewolf: Pro (which adds 50 roles, items, and rules for those looking to take their game to the next level) and Ultimate Werewolf: Bonus Roles (which includes 44 new roles and items to keep the game fresh). It should be noted that neither of these expansions is necessary to enjoy the game, as Ultimate Werewolf: Extreme can be played with up to 75 players, meaning you can have three games (three villages) going at the same time. That’s a lot of game for a small box of cards!

Not much to say about this newest version of this timely classic. The rules remain largely the same, the new roles are exciting and well balanced, but that’s about it when it comes to what you get in the box. This is a slightly different spin on the classic Werewolf that is a spinoff of Mafia. Indeed, our hobby has a significant number of games that are the children’s children’s children of Mafia, all with the same purpose and more or less the same gameplay.

That said, is this box of cards worth your time and money? Unfortunately, that’s not an easy question to answer.

On the one hand, the game has excellent components and is easy to follow the rules, and the publishing company has gone to great lengths to ensure that those who play their version of Werewolf are well informed and have fun. That’s all goodness and immediately puts this version of the Werewolf game ahead of the pack (if you’ll pardon the pun).

On the other hand, this is not a game that you can pour on the table, teach a few rules, and get going. Instead, this is a social deduction game that can take some time to learn, a lifetime to master, and can be very intense right from the start. I recall a game of Werewolf played at Gen Con many years ago where some of the players made a Child Geek cry, and a few were asked to leave because they were not playing well with others. These are, admittedly, extreme cases, but each game can become heated, intense, and very involved for each player.

This is why enthusiasts of the game, such as myself, love it so. It’s a brilliant mix of social deduction and bluffing that challenges the players to survive. When was the last time you played a board game that made your palms sweat, or you closed your eyes and softly whispered a prayer that you wouldn’t be eaten, sighing with relief when you realized it was your brother who is now out of the game instead of you? I’d venture never. That is until you play Werewolf.

If you are looking for a game where players are in a competitive, cutthroat survival competition, then look no further than Ultimate Werewolf: Extreme. It will certainly take you and your family on an adventure of self-discovery and murderous monster hunting. Or, as I like to say, “good clean family fun.”