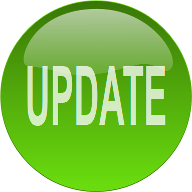 March was a surprisingly busy month for my family. Pinewood Derby car races, cleaning up a yard full of no less than 4 months of frozen dog poop (I have found a new circle of Hell, by the way), and the various activities that come with raising 3 active children. In short, a typical month with an atypical amount of energy spent to get through it. Thank Odin for caffeine!

Most of you do not know that I have taken a new position with a company that is roughly 2 hours away from where I currently keep all my stuff. This means I have a 4 hour commute (there and back again) each day. The downside is that I don’t get to see my family as much as I would like and I’m putting a lot of miles on my car. The upside is that I’m working for a company that I’m excited about and I’m listening to a lot of great audiobooks.

As you can imagine, the number of games I can play and the number of reviews I can publish have been reduced significantly. I use to average 3 per week. Now I’m down to 1 per week. My backlog of games that I have promised to review is the stuff of nightmares and I’m not taking on any new projects until I fulfill my obligations to the good men and women who sent me their games to play.

You might have noticed there were a lot more ads on Father Geek than normal during the last couple of months. Please excuse the obvious ploy for your money. I have been attempting to determine how best to monetize the website without impacting the overall user experience. That’s downright tricky as there is a thin line between an ad being “visible” and “annoyingly in your face”.  I’ll be reviewing the metrics during April and pulling those services that are not performing well.

A few new features are now available. The first is a voting widget that asks you to give your opinion on things that are terribly important. For example, what is your favorite dice and which Leia is the best Leia (guess which one is winning). You can rock your vote by visiting the website’s front page. You’ll find the voting booth towards the bottom. The second is not really new, but deserves your attention. Found on the “What We’re Playing” page is a list of all the games I have to play and review. It’s massive, and as I have said, I’m working through it. A few of the titles will have a “Week 1”, “Week 2”, etc. on them. These indicate which games are currently scheduled to be released. The week number value indicates the week the review is scheduled to be released in the current month. Not included in the list are the games I will be re-reviewing.

I have started a new website that is a playground for my PHP, CSS, and JavaScript hacking. It’s titled fleameat.com, and before you go running over there, let me tell you it has nothing to do with games. It’s more or less just a dumping ground for things that my friends and I find entertaining. That being said, I should warn you that our collective wit and general sense of humor can be a bit questionable at times. Visit it you like, but leave your expectations at the door.

I should also mention that the podcasting project with All Us Geeks co-founder, Jeff, continues to go strong with very few people listening to it. Huzzah. The podcast also has nothing to do with games and focuses only on our love of horror movies. The format is pretty straight forward. We have a “Top 2” (a shortened version of a top 5), a spoiler-free review of the month’s horror movie selection, and then a spoiler version. We give the listener time to turn off the podcast if they don’t want to hear any spoilers. You can check out the project by visiting TwoBaldGeeks.com. Colorful language is used as we most often have a beverage in our hand and are in the midst of a stressful week when we record. I’m sure Jeff will tell you we are “keeping it real”, but I’ll be the first to admit it feels good to swear from time to time.

Let’s end the rambling. What’s coming up in April on Father Geek? MUCH!

Coming Up for April:

Don’t forget that the month of April plays host to International Tabletop Day! My family will be joining in on all the fun at The Source:Comics and Games. I hope to see you there.